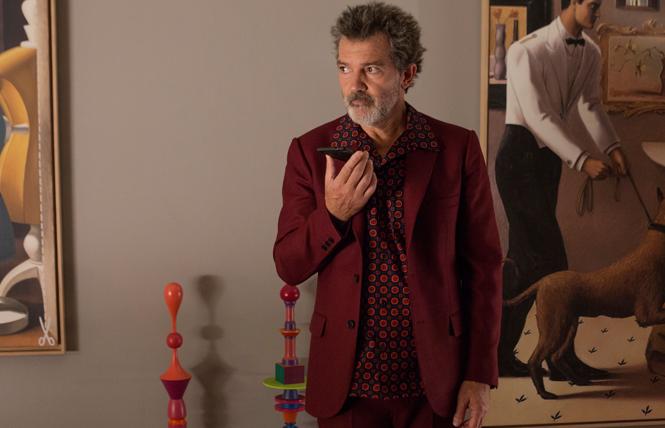 In "Pain and Glory" ("Dolor y Gloria"), gay Spanish filmmaker Pedro Almodovar returns with one of his favorite male leads, Antonio Banderas, as aging film director Salvador Mallo, in the throes of a creative slump as he reflects back on a 40-year career behind the camera.

A man who has in many ways lived to work now finds himself begging his estranged former leading man to help him pick up the pieces of a career that began with a fey young boy's dreams of a life in film. The reunion is fraught with harsh memories, accusations and some heavy drug use. Hanging over this deft expose of an aging man desperately reaching out for redemption are classic themes, the perils of an unexamined life vs. the distortions introduced when the examination comes via powerful, mind-altering drugs.

"Pain and Glory" re-introduces Bay Area filmgoers to a towering film genius long associated with the creative burst of freedom that erupted in Spain following the 1975 death of Fascist dictator Francisco Franco. The movie bodes well for a new burst of left-wing filmmaking at a time when right-wing demagogues seem to dominate the airwaves and big screens. Almodovar has treaded carefully across the landmines of Spanish history, in the process creating a unique body of work that allows previously unimagined freedom for women and queer men. He taught himself cinematic storytelling with a Super 8 camera, purchased while working for the phone company.

Almodovar's American reputation kicked off with the deliciously anarchic "What Have I Done to Deserve This?" Almodovar diva Carmen Maura played a meth-addicted Madrid housewife whose taxi-driving lout of a husband is not only cheating and failing to support her, but has collaborated with a German mistress to forge a book of counterfeit Hitler diaries. The film left American audiences nonplussed with its non-moralizing approach to a mother paying for orthodontist work by agreeing to have her teenage son adopted by a boy-loving dentist.

Two years later in "Law of Desire," Maura starred as the transsexual sister of an openly gay filmmaker. In my favorite Pedro moment, Tina is walking down a sultry Madrid street with her brother and a young girl they have rescued from the clutches of her self-absorbed mother. Overcome by the heat, Tina spots a municipal street-cleaner hosing down the cobblestones, and demands that he turn the hose on her. The scene has a new, queer-style family united in an orgasmic episode that rhymes with the extraordinary scene when Marcello Mastroianni tumbles into a Roman fountain in Federico Fellini's pioneering "La Dolce Vita." 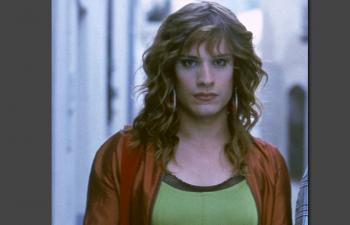 Almodovar's distinguishing skill is his ability to mix genres with outlandish humor that leaves would-be critics of his sexual politics speechless. In 2004's "Bad Education," Mexican star Gael Garcia Bernal is brilliantly showcased in Almodovar's cinema of men behaving badly. It's a triple-barreled homage to Hitchcock, Billy Wilder and the filmmaker himself. Inspired by a scene in "Law of Desire" where Tina has an awkward reunion with a priest who'd abused her as a child, "Bad Education" sizzles with an electric Bernal, beautiful and deadly as both a Barbara Stanwyck-like femme fatale and a boyish enfant terrible actor looking for a killer part.

In "All About My Mother," a beautiful teenager celebrates his 17th birthday with a note begging his mother to allow him to meet his absent father. "I don't care who he is or how he treated my mother. No one can take that right away from me." That night, Esteban is hit by a car, prompting his mother to take a painful journey through her own unsettling adolescence to inform a transsexual, Lola, that the son she never knew reserved his last written words for her. A tender yet resolutely unsentimental meditation about family born and chosen, "All About My Mother" prompted film historian David Thomson to gush, "A sweeping tribute to women, one of those films to make you wonder if God didn't mean movies to be Gay."

With the 2002 buddy film "Talk to Her," Almodovar reinvented the genre around the premise of two guys caring for two comatose women, one gored in a bull ring. A silent film-within-a-film neatly balances sincerity with parody, sort of "The Incredible Shrinking Man" meets "The Vagina Monologues."

In "Women on the Verge of a Nervous Breakdown" (1988), the director achieved a commercial breakthrough with a screwball comedy. A woman (Carmen Maura) is so angry at her disappearing boyfriend that she practically erupts into flames — indeed, her bed does ignite. Inspired by a Jean Cocteau play, "Women" features some memorable comic misadventures, including the interference with a police investigation when two cops are served drug-laced gazpacho.

In 1997's "Live Flesh," the birth of a baby boy on a Madrid bus kicks off decades of strange karma for two cops, two gals and the now-grown baby. With the oddest "happy ending" since Almodovar's "Tie Me Up, Tie Me Down," he wrote the script based on a novel by Ruth Rendell.

His ability to spoof Spain's most popular sporting event is evident in 1986's "Matador," in which a pair of bullfighters, male and female, develop an obsessive and deadly attraction for each other.

In 1995's "Flower of My Secret," a romance novelist tries to kick her bad habits, both literary and carnal, with surprisingly good results after the usual run of Almodovar pratfalls, including a very tight pair of boots. Executed with a touch of Douglas Sirk.

In short, Pedro Almodovar has, over more than four decades, ripped the scabs off some of his ancient and traditionally conservative country's most perilous divisions, in the process providing a banner around which subsequent generations can rally.

"Pain and Glory" not only shows a brilliant artist still operating at the peak of his creative powers, but also reunites him with his most important male lead. That actor, Antonio Banderas, makes a deft return to Spanish-language cinema after a long and profitable English-speaking detour in Hollywood with both artful turns ("Interview with a Vampire") and pure money-making silliness ("Spy Kids"). Luckiest of all, you and I get to relish a film, the Winner of the Cannes Best Actor Award, that is a sure shot at Best Foreign Language Film nominee. Now playing.