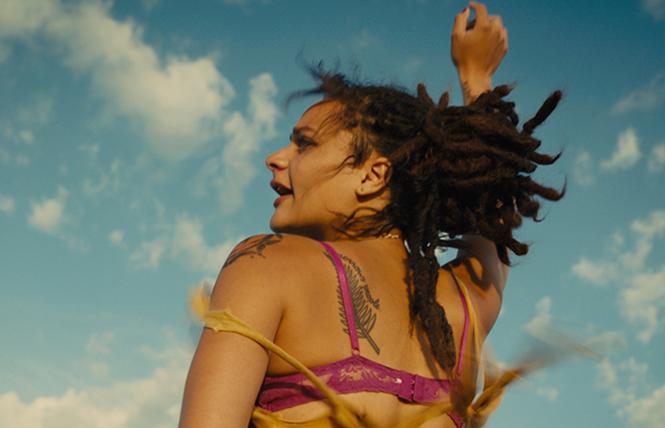 That women are more than capable of directing feature films, including blockbuster hits — think Patty Jenkins and "Wonder Woman" — is not in doubt, but they're offered far fewer opportunities to do so than men, who until very recently made up 93% of hires for the coveted top job. In Amy Adrion's "Half the Picture," an illuminating 2018 documentary about the persistent sexist stereotypes and secondary status of women in Hollywood, 40 female directors spoke frankly about the obstacles they faced and their discomfort with being labeled "female directors," a term some felt marginalized them. We've yet to reach the point when women running the show is the rule, not the exception. So what to make of "Voices Carry," a new film series at SFMOMA that highlights relatively recent fiction and nonfiction movies directed by women? In this writer's view, heightening awareness of the accomplishments of women in the field, even if it means singling them out by gender, is worthwhile, at least until the day when the idea of a woman in the director's chair is so commonplace that a series like this one isn't necessary. Meanwhile SFMOMA's program of over a dozen films provides lots to enjoy over the next two months.

English filmmaker Andrea Arnold is a big talent who isn't as well-known to audiences as she deserves to be, despite directing several episodes of "Transparent" and receiving the Jury Prize at Cannes for three exceptional films about young women on the verge of becoming or coming to terms. "Fish Tank," from 2009, is about a teenager growing up in a grim housing project and dreaming of stardom, whose rebellion against her reckless mother includes sleeping with her lover (Michael Fassbender, excellent in a thankless role), while the quietly devastating, female revenge story "Red Road" (2006) takes an unexpected, seismic turn that leaves one shaken. Both the latter titles, which can and should be tracked down, are characterized by naturalistic acting and Arnold's fluid, real-time narrative style, as is "American Honey" (2016), shown here. With a near three-hour run-time, it isn't an easy sell. Those who stick with it will be lulled into its road movie rhythms as it follows Star, a teenage girl who falls in with a group of adrift kids driving across the U.S., selling customers magazine subscriptions to earn their keep. The film witnesses Star's initiation into adulthood and the risks that come with independence and freedom. But what's particularly refreshing and sets it apart from standard, male-centric coming-of-age flicks is that Arnold shoots the sexual encounters and the intoxicating rush of the experience from a sensual young woman's point of view. 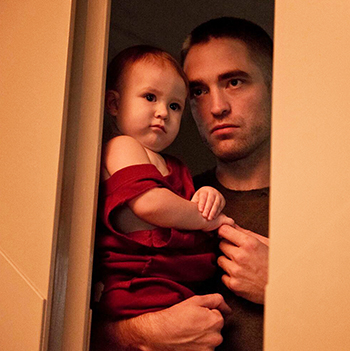 In Zambian-born writer-director Rungano Nyoni's stylized feature debut "I Am Not a Witch," an eight-year-old orphaned Zambian girl is denounced as a witch, exiled from her village and dispatched to a "witch" prison camp holding mostly elderly women. Said to be endowed with magical powers, they're tied to posts with long white ribbons to prevent them from flying away, and put on public display. In remote parts of Africa, superstitions still surround witchcraft, and such camps actually exist. But, like the bad old days of our own witch trials, accusations of witchcraft are a handy device for resolving disputes, meting out punishment and scapegoating the unconventional and outspoken who, more often than not, are women. Mixing African folklore, pointed feminist satire and an implicit critique of misogyny with surrealist touches and her own biography, Nyoni and a cast of non-professional actors, led by the radiant Margaret Mulubwa, relate her strange parable.

Chantal Akerman's documentary "No Home Movie," a series of conversations between the filmmaker and her mother filmed a few months before her mother's death, sounds a more somber note. "I think if I knew I was going to do this," she said of the project, "I wouldn't have dared to do it." It turned out to be her last film. The influential Belgian avant-garde screenwriter-director, best known for "Jeanne Dielman, 23 quai de Commerce 1080 Bruxelles" (1975), a quasi-verite masterpiece about a stifled single mother who casually slips into prostitution, committed suicide in 2015.

Claire Denis, who can be depended on to go where others fear to tread, does just that in her latest film, "High Life," an off-planet excursion that inevitably circles back to the worst in human nature. Who says you can't take it with you? It stars Robert Pattinson, flexing his acting chops, as a father roaming the galaxy with his daughter, tending the ship's garden as they barrel towards the black hole. They're the sole survivors of a crew of death-row inmates sent into the abyss as part of a grotesque experiment in outer-space childbirth, conducted by a cruel and zealous scientist played by a ferocious Juliette Binoche.

Just in time for Halloween comes "XX," a horror anthology that ploughs genre territory traditionally reserved for men. The quartet's four parts are shot by different directors: Karyn Kusama ("Girlfight" and last year's terrific, glammed-down Nicole Kidman vehicle "Destroyer"), Roxanne Benjamin, Jovanka Vuckovic and newcomer Annie Clarke. They give a feminist top-spin to familiar horror tropes in chapters revolving around complex female characters wrestling with everything from the fears and anxieties associated with motherhood to friendship and family conflicts, all shadowed by the usual existential dread. Trick or Treat?