Fiddling through a difficult history 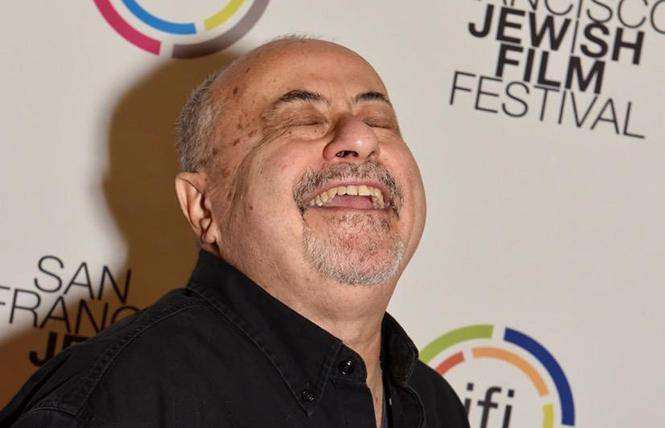 The opening-night film for the 39th San Francisco Jewish Film Festival lit up the Castro Theatre screen last Thursday night. "Fiddler: A Miracle of Miracles" makes a strong case for the still-potent cultural impact of the 1964 Broadway musical "Fiddler on the Roof."

"Fiddler" was the longest-running musical on Broadway for a decade, and it's still relevant, even timely, today. The little Yiddish shtetl of Anatevka was a community under siege from xenophobic pogroms in the early 20th century, but its inhabitants could be any oppressed and displaced people in our own times. The difference between immigrants and refugees is that the former leave their home, while the latter have their home taken away from them. Today we would call the "Fiddler" story an instance of "ethnic cleansing," to use a grotesque Orwellian term.

Maybe that's why "Fiddler" continues to resonate around the globe. The film includes footage of a "Fiddler" production in Japan, and it works; in Denmark, and it works; in a mostly black and Latino high school in the Deep South, and it works. When the daughters of Tevye the milkman spurn arranged marriages and choose to live their own lives their way, the show speaks to anyone who's had to defend their choices in love or lovers to parents who don't understand — thus, to LGBTQ people. It's also a story of female empowerment, and indeed a story for anyone who's had to adjust to a changing world. Although it's full of the rites and customs of European Jewish life, it resonates with any traditional community struggling to assimilate modernity. "If I Were a Rich Man" is an aspirational anthem that truly transcends racial or cultural lines.

Director Max Lewkowicz assembled an extraordinary collection of talking heads to discuss their lives with "Fiddler," beginning with the show's lyricist Sheldon Harnick, but also including Stephen Sondheim, Itzhak Perlman, Lin-Manuel Miranda and Joel Grey, who directed an all-Yiddish production in NYC this year. Lewkowicz appeared at the Castro for a Q&A following the film, the afterparty at the Contemporary Jewish Museum offered a great Jewish feast from places like L'Chaim Foods and Wise Sons Deli. After all these years with a hungry Hebrew, Out There's consort Pepi is finally starting to understand rugelach. 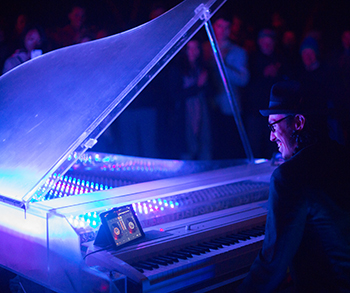 Sunset Piano and the San Francisco Botanical Garden offered a special 5th edition of Flower Piano last week. This interactive festival of music in nature has become a cherished Bay Area tradition. More than 60,000 music aficionados attended last year's event. This year, the annual 12-day celebration of pianos in the park offered new opportunities for the public to play, performances by professional musicians, a community sing-along, free piano lessons, and three evenings of Flower Piano at Night, an after-dark event with food trucks and outdoor bars. Out There attended last Saturday night.