Cultural connections around the Bay 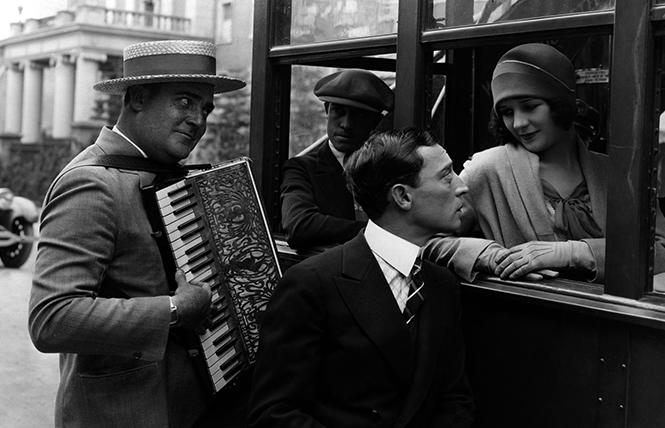 Possibilities for engagement with the arts and culture of the Bay Area do sometimes seem infinite. Take Out There's last week, for example — please!

Last Wednesday night we were part of the high-spirited opening night for the San Francisco Silent Film Festival at the Castro Theatre, comic master Buster Keaton starring in "The Cameraman" (1928). The term "silent film" is a bit of a misnomer, because the screening was accompanied by composer Timothy Brock conducting his original score performed by a terrific orchestra of students from the San Francisco Conservatory of Music. It was ear-filling joy.

Keaton's film offers plenty of physical slapstick, such as a scene in a natatorium changing room that's a hilarious commentary on locker-room etiquette and our idea of personal space. There's also some rambunctious jostling on a double-decker bus that rivals anything encountered on a Muni Metro at rush hour. It was the world premiere of the classic film's 4k digital restoration by the Criterion Collection, Warner Bros., and Fondazione Cineteca di Bologna.

The 2019 SFSFF Award was presented to the Cineteca di Bologna, a premier film archive and center of film research, preservation, and restoration. Cineteca director Gian Luca Farinelli accepted the award onstage, accompanied by a translator and an ASL interpreter. The party afterward at McRoskey Mattress Company was super fun, full of merry-making cineastes, food, libations and live, old-timey jazz music. 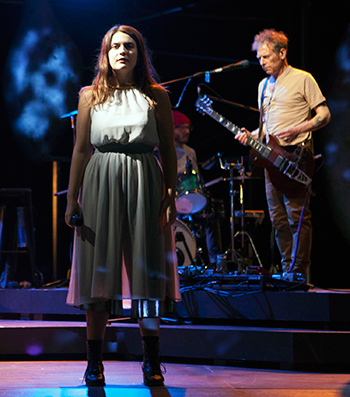 Then on Thursday, we joined a tour of the exhibit "Hans Hoffman: The Nature of Abstraction" at the Berkeley Art Museum (through July 21) — did you know admission to their galleries is free on the first Thursday of every month? That night at the Berkeley Repertory Theatre, we attended the opening of Denis O'Hare and Lisa Peterson's "The Good Book" (to be reviewed in next week's issue), which put us in a Bible-scholarly mood.

Friday night found us at a performance of "Weightless," a rock opera by The Kilbanes inspired by the story of Procne and Philomela from Ovid's "Metamorphoses," performed at A.C.T.'s Strand Theater (through May 12). "Weightless" combines myth with indie rock and experimental theater to tell a story of sisterhood, love, betrayal, and rebirth. Starring Kate Kilbane and Dan Moses ("The Kilbanes"), "Weightless" also features Lila Blue, Julia Brothers, Dan Harris, and Joshua Pollock, under the direction of Becca Wolff. A sort of origin story of birdsong, it points to the power of women finding their own voices.

Then, Saturday night, Out There was in the house for the opening night of playwright Joshua Harmon's "Significant Other" at San Francisco Playhouse. When all his best girlfriends are getting married, gay 20something Joshua wonders, Where's his Mr. Right? (to be reviewed in next week's issue).