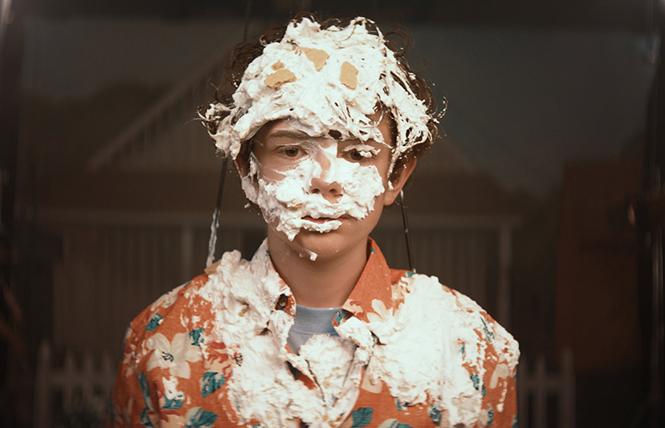 The Sundance Film Festival was the brainchild of Hollywood star Robert Redford. For the past several decades its screenings, scholarships and workshops have provided a launching pad for films vying for American commercial distribution. This year 112 films have qualified for the diverse venues around Park City, Utah, from Jan. 24-Feb. 3, 2019.

A growing number of the entries are from women, LGBTQ and minority filmmakers, with casts and subjects that reflect an ever-increasing variety and ethnic diversity. Our annual Sundance report begins with films competing in the U.S. Dramatic Competition, with the world debuts of 16 narrative features. Women comprise 53% of the directors in this year's U.S. Dramatic Competition; 41% are people of color; 18% identify as LGBTQ. Fans of our Frameline LGBTQ festival should know that Sundance is an important source of future queer hits.

"The Farewell" (director Lulu Wang) An independent Chinese-American woman returns to China when her beloved grandmother is given a terminal diagnosis.

"Hala" (director Minhal Baig) Muslim teen Hala copes with the unraveling of her family as she comes into her own.

"To the Stars" (director Martha Stephens) A withdrawn farmer's daughter forges an intimate friendship with a worldly new girl in 1960s Oklahoma.

U.S. Documentary Competition: 16 world-premiere American nonfiction films. 44% of the directors in this year's U.S. Docs are women; 22% are people of color; 5% identify as LGBTQ.

"Always in Season" (director Jacqueline Olive) 17-year-old Lennon Lacy is found hanging from a swing set in North Carolina, and more than a century of lynching African Americans bleeds into the present.

"Bedlam" (director Kenneth Paul Rosenberg) A psychiatrist makes rounds in ERs, jails, and homeless camps, a personal journey into the world of the seriously mentally ill.

"David Crosby: Remember My Name" (director A.J. Eaton) The life of a Woodstock-era rock star with everything but retirement on his mind.

"Hail Satan" (director Penny Lane) A look at the intersection of religion and activism, tracing the rise of The Satanic Temple.

"Pahokee" (directors Ivete Lucas, Patrick Bresnan) In a small agricultural town in the Florida Everglades, hopes for the future are concentrated on the youth.

"Tigerland" (director Ross Kauffman) In Far East Russia, the guardians of the last Siberian tigers risk everything to save the species.