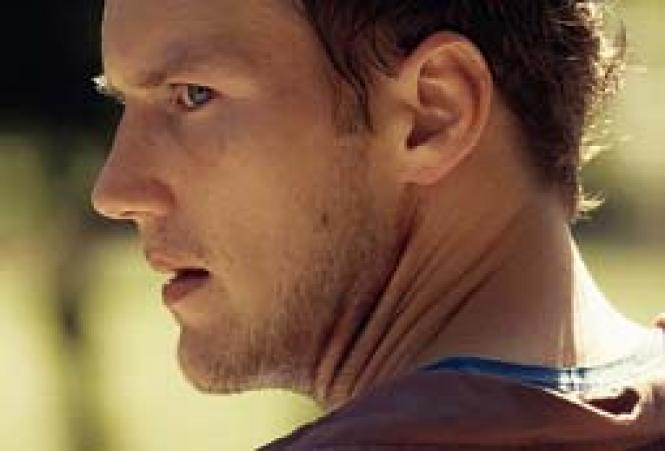 "It's the old nature vs. nurture thing: Was I born a cute, vindictive little bitch, or did society make me that way?"

By the time 19-year-old Canadian actress Ellen Page utters this portentous witticism in her guise as 14-year-old Internet vixen Hayley Stark, one's hopes for this ludicrously implausible feminist castration-revenge fantasy have long since flown the coop. Hard Candy (web slang for an underaged girl) begins with photographer Jeff Kohlver (Patrick Wilson) meeting Hayley at Nighthawks diner, a date made in coy chat-room banter in the opening credits. From the get-go, it is very clear that this is a couple who should only be allowed together under the close supervision of the Girl Scouts of America. Spoiler alert: Girl Scout cookies do come up much too late in this movie, in perhaps the film's only well-staged scene, between Sandra Oh as a concerned neighbor and Page as a very reluctant cookie-purchaser.

Nova Scotia native Page Ã¢â‚¬â€ her slightly soiled, dewy-eyed perkiness suggests a secret life as the twin sister of Haley Joel Osment Ã¢â‚¬â€ has as much wicked fun as it's possible to have with a script that has her spitting out lines whose bullying smugness might embarrass even Ann Coulter.

In the movie I'd rather see, Hayley roasts Jeff's freshly plucked balls over one of George Foreman's electric grills. Then she's grilled for her crime by a suitably ambivalent interrogator, let's say Sir Ben Kingsley, or better yet, Jodie Foster.