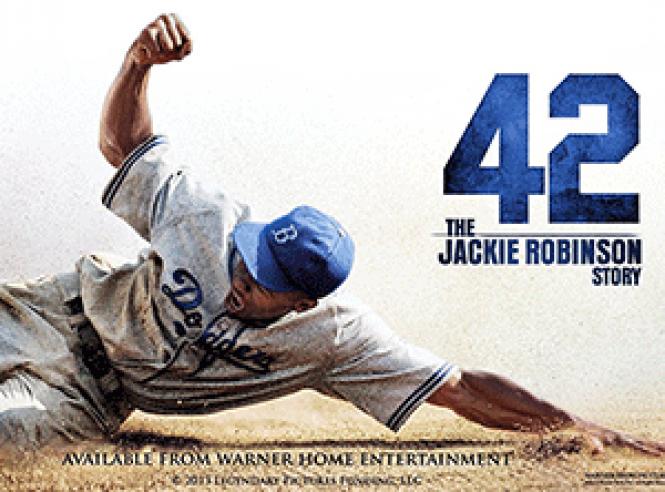 Will professional baseball ever showcase an openly gay player? The California-born-and-raised, 6'3" African American David Lamont Denson is slowly climbing his way through the Milwaukee Brewers' farm system. Should he beat the odds and make the bigs, it will be the biggest American sports story since Jackie Robinson broke the ban against players of color in 1947.

2016 was a lost opportunity when the team failed to pull off a fourth "even year" World Series championship title. The Giants will begin the new season in early April as underdogs for first place in the National League West with their historic rivals, pro baseball's wealthiest franchise, the LA Dodgers. LA has its own big emotional gap to fill with the retirement of their beloved broadcast voice of 67 seasons, Vin Scully.

On the plus side, Giants fans, still mourning the loss of two-time Cy Young-winning pitcher Timmy "the Freak" Lincecum and popular third baseman Matt Duffy, will have a number of hunky new pitching prospects on the payroll giving manager Bruce Bochy some tough choices to make before a gaggle of newbies become a 25-man major league roster.

East Bay fans are hoping that the Oakland As' revolving-door clubhouse under General Manager Billy Bean will finally produce a young, sexy and competitive team that will outplay their Southland rivals, the Los Angeles Angels of Anaheim. For fans itching for meaningful games, we have a list of great baseball movies on DVD/Blu-Ray. Many of these titles can ordered from Amoeba Records in the Haight and Amazon.com, and are featured on movie nights on the MLB cable channel.

42 (The Jackie Robinson Story) (2013) In a pivotal yet lighthearted moment, Jackie Robinson (Chadwick Boseman) has just broken baseball's unofficial but hallowed half-century-long ban on African American players. It's 1947, and while he's playing for the Brooklyn Dodgers and making headlines daily for his brash, physically flamboyant style, Robinson has yet to be embraced by the team's white players. Sitting in the Dodgers' tiny, dilapidated clubhouse, Robinson sees a half-dressed teammate, star pitcher Ralph Branca (Hamish Linklater).

"Jackie, how come you don't ever shower until everybody else is done?"

"I don't want anybody to feel uncomfortable."

"Why don't we shower together?" Uncomfortable pause. "That came out wrong."

Robinson's story speaks to the watershed moment when a minority is finally let inside the temple, not without a bit of nervous laughter. Bonus feature: Stepping into History mini-doc.

The Bingo Long Traveling All-Stars & Motor Kings (1976) Director John Badham provides a nostalgic but accurate account of the final glory days of Negro League baseball. It's 1939: Jim Crow segregation rules the South. In baseball this means that skilled black ball-players are forced to play for chump change in an endless round of exhibition games. The players here revolt against their African American plantation-style owner, "Sally" Potter (Ted Ross), and play for the half the gate before racially mixed groups of fans. Billy Dee Williams is pitcher Bingo Long (based on Hall of Fame hurler Sachel Page), and theatre titan James Earl Jones is slugger Leon Carter (drawn from HR champ Josh Gibson). Commentary by director John Badham.

Cobb (1994) Arguably the Raging Bull of baseball films, ex-minor-league-player-turned-director Ron Shelton frames an incendiary performance from Tommy Lee Jones as baseball's meanest man alive, "The Georgia Peach" Tyrus Raymond Cobb. Hated even by his teammates while demonstrating prowess as one of the game's all-time greatest hitters, Cobb is seen battling childhood demons (his mom shot his abusive dad) and spilling his life story to memoirist Al Stump (Robert Wuhl). The film hits black comedy peaks with Cobb being dished by his black manservant and firing a gun off in a crowded casino. Bonus features: commentary by director Shelton, actors Jones and Wuhl; profile of Cobb biographer Stump; On the Field with MLB pitcher/film actor Roger Clemens.

Fear Strikes Out (1957) Anthony Perkins, then deeply in the closet, is over-the-top as 50s Boston Red Sox outfielder Jimmy Piersall. Piersall battled mental illness over a 17-year playing career, and Perkins' twitchy, haunted countenance lards in glittery subtext. Advertised at the time as more than a baseball movie, this one (with domineering Karl Malden as Jimmy's "type-A" dad) makes Perkins' later breakout as Psycho's Norman Bates seem like a light comedy turn. The B&W cinematography reinforces a sense of America's Cold War conformist age of anxiety. A great Malden line after the Red Sox demote Jimmy to their farm team: "A man could rot in the minors."

The Bad News Bears (1976) Director Michael Ritchie allows a hilariously grumpy Walter Matthau to lead a squad of pre-teen misfits into the championship game of their regional little league. Matthau's training regime includes having them watch him polish off a case of beer while passing out on the pitching mound. This feature was part of a wave of 70s foul-mouth kids films. LGBTQ viewers may wince at the little pepperpot actors' attempts at homophobic cursing, but the film is mostly good clean fun with a non-clichÃ© final game. With Tatum O'Neil, Jackie Lee Haley & Vic Morrow.

Off the Black (2007) Georgia-born James Ponsoldt gets electric chemistry from his male leads Nick Nolte and Trevor Morgan as an unlikely father/son duo. Nolte, as hard-drinking sandlot baseball umpire Ray Cooke, makes a most unlikely connection with teen pitcher (Trevor Morgan). The boy meets the ump after he and his friends vandalize the grumpy guy's suburban home. While cleaning up wads of toilet paper from the trees, they start to look after each other. For all his faults, Ray is a much better surrogate dad to Dave than the kid's real, zombie-like father (Timothy Hutton). Ponsoldt shows his mastery at conjuring off-kilter-guy chemistry, including a delicate handling of an early moment where the kid mistakenly feels the ump is coming on to him.

Bull Durham (1988) Arguably the film that pioneered how to make baseball films a viable genre, this one has manly stud Kevin Costner as washed-up minor-league catcher "Crash" Davis. Davis is sent him down to the minor-league Durham franchise to develop the Durham Bulls' chief asset, hot-to-trot pitching prospect "Nuke" LaLosh (loose-limbed, profanity-spewing Tim Robbins). The men clash over mentor Annie Savoy (career-reviving turn for then-40 Susan Sarandon). Ron Sheldon captures the big-fish-in-a-small-pond feeling of a baseball town destined always to be one notch below the big show.

Field of Dreams (1989) Phil Alden Robinson concocts a baseball fantasy comedy-drama centered on a simple Kansas cornfield. A farmer (Kevin Kostner) hears a voice intoning, "If you build it, they will come." The "it" is a major-league-quality field, the "they" the members of the 1919 gambling scandal-tainted Chicago "Black Sox," whose players threw the 1919 World Series at the behest of gamblers.

The Life and Times of Hank Greenberg (1998) This doc delivers the true-life story of America's first Jewish diamond star. Hammering Hank Greenberg suits up in the mid-30s just as home run champ Babe Ruth retires and Adolph Hitler is suiting up his deadly team of brownshirts and SS thugs. Greenberg became an idol for a generation of Jewish men raised at a time when your religion determined your prospects for employment, as well as what neighborhood you could aspire to.

Trouble with the Curve (2012) Crusty old Clint Eastwood heads up a terrific ensemble (Justin Timberlake, Amy Adams, Matthew Lillard) in this tart comedy-drama about a grumpy ex-ball-player who battles his grownup baseball-savvy daughter for a place in the grand old game.

61 (2001) 1961 was the first year of the Kennedy presidency, but most baseball fans had their gaze fixed on the original Yankee Stadium, where two Middle America-raised sluggers, Mickey Mantle and Roger Maris, struggled to top their sport's most scared milestone: Babe Ruth's 60 regular-season home runs, a record that had stood since the Coolidge presidency. Director Billy Crystal frames the contest for both its comedic and mythic values.

Touching Home (2008) Identical twin brothers Noah and Logan Miller concoct a full-length feature starring Ed Harris as their alcoholic baseball-loving dad. This real story accompanied the twin's published auto-bio Either You're In or You're in the Way. The boys cinched the deal for their film with a Castro Theatre meeting with actor Harris.