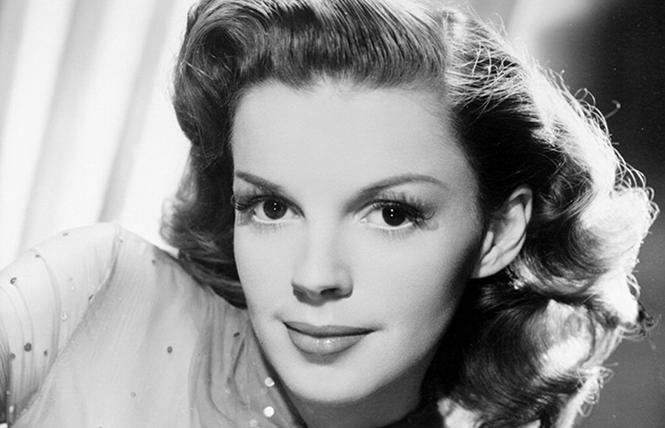 While she was not the greatest singer of the 20th century, Judy Garland was possibly the greatest entertainer of the modern age. June 22 was the 50th anniversary of her untimely death at age 47 from an accidental overdose of barbiturates. She was the consummate musical star of Hollywood's Golden Age, forever linked with the movies "The Wizard of Oz," "Meet Me in St. Louis" and "A Star Is Born." Her luminosity remains unsurpassed. "Judy," about the last year of her life starring Renee Zellweger, debuts in September, while Frameline 43 offered "Sid & Judy," a biography filtered through the memories of her third husband and producer, Sid Luft.

Garland was among the first movie stars to have her dirty laundry aired in public (alcoholism, drug addiction, weight battles, suicide attempts, nervous breakdowns, medical ailments, financial struggles, five marriages, four divorces, performance slumps) such that her rock-bottom travails were well-known and sometimes eclipsed her career highs. She became the archetype of the triumphant/tragic diva, paving the way for the stormy trajectories of superstars Elizabeth Taylor, Whitney Houston, Amy Winehouse, and Lindsay Lohan. What we can appreciate in 2019, more than people could absorb in 1969, is her enormous artistry in spite of her pain, brilliant in all the media of her time: radio, movies, stage/concert, and TV (her underappreciated variety show). Her own Hollywood contemporaries were in awe of her virtuosity. She was the brightest star in the Tinseltown galaxy.

The gay adoration of Garland, particularly from older gay men, has become a cliché. Many now see Garland's iconic portrayal of Dorothy Gale in the 1939 classic "Oz" as a queer journey, an escape from the puritanical, morally rigid, black-and-white small-town life to Technicolor city existence with fabulous friends. The slang term "Friend of Dorothy" became secret code gay men used to identity each other. They were Garland's biggest fans, a fact she appreciated (two of her husbands were gay, and she dabbled in lesbian trysts). There is also the myth that grief over her death was the inspiration for the Stonewall Riots. Historians have rejected any causal connection. Still, in the 1960s, even mainstream media acknowledged the high proportion of gay men among her fans. Time magazine cited one psychiatrist's assessment that "Judy was beaten up by life, and had to become more masculine. She has the power that homosexuals would like to have, and they attempt to attain it by idolizing her." One could mistake the front rows in audiences of her live concerts for a meeting of the Mattachine Society. A Garland event was a pre-Stonewall means of encountering other gay men.

Her best biographer, Gerald Clarke ("Get Happy: The Life of Judy Garland"), drawing from scores of interviews with devoted friends and family as well as her own unfinished, unpublished autobiography, concludes Garland was probably bipolar, explaining her many suicide attempts and use of alcohol and pills to self-medicate. In spite of these problems, she didn't let her despair stop her from performing. Her perseverance, despite the chaos, explains her enduring popularity among LGBTQ fans.

Garland's legendary 1961 Carnegie Hall performance has been called the greatest night in show business history, and her double record won her the Grammy Album of the Year, the first woman to win that award. In Garland, acting and singing became one. For her, songs were stories, and every word had meaning. Consider her definitive rendition of unrequited love in "The Man That Got Away," or her signature song "Over the Rainbow," about her hope to overcome despair. Garland had huge self-doubts about her capabilities, suffered crippling stage fright, yet she was at her happiest when performing. While singing she "came out," expressing through her skills the real person she was meant to be. LGBTQ people picked up on this quality, admiring her courage and resilience, adopting it as their own.

No one has emerged with the breadth and depth of Garland's colossal prowess as a singer, dancer, and actress. No singer was a greater actor, and no actor was a greater singer. In this double accomplishment she was unique. Ultimately it is her singular talent that continues to awe us and inspire gratitude 50 years later.