Matthew Aucoin on 'The Impossible Art: Adventures in Opera' 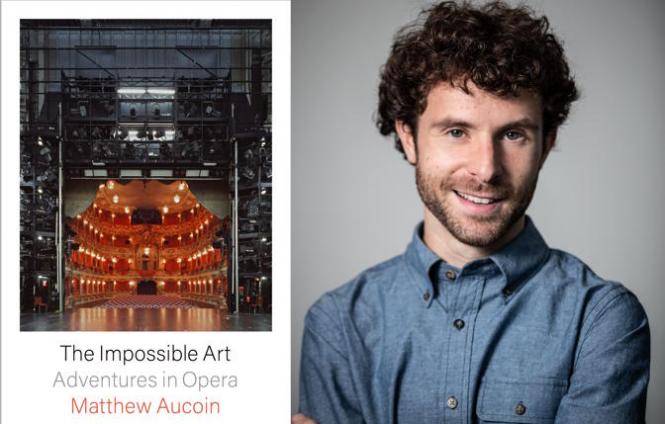 In the category of what Kierkegaard called "thoughts that wound from behind," as I sank ever deeper into Matthew Aucoin's new book, The Impossible Art: Adventures in Opera (Farrar, Straus and Giroux), I was visited by a memory of the late Joseph Kerman's Opera as Drama, a book so seminal in its day that it got a 50th-anniversary edition and what the longhairs call a Festschrift, an honorary conference.

In writing it, Kerman was —it's impossible to believe unwittingly— resetting the yard lines and goal posts of a serious consideration of opera. Aucoin's Impossible Art may be the next such book, showing as much leg as Kerman's. What made me get up and ferret around for my dog-eared, heavily annotated, yellowed copy of Opera as Drama was noting, if memory recalled, how many of the same works Kerman chose as examples of operas as real dramas.

How, I wondered briefly, could this be? Both writers dwell on what HP (historically informed performance, "hip" for short) practitioners lump together as the Monteverdi-to-Mozart repertoire, with leaps forward to Verdi's Otello, Berg's Wozzeck, and Stravinsky's The Rake's Progress.

That Aucoin leaps even farther forward, to living composers including Thomas Ades, Harrison Birtwistle and
a new generation of creators is, among other things, due to the fact that Kerman predeceased them.
It's not to denigrate Kerman's larger achievement to wonder whether he didn't write the whole book to accommodate his assessment of Tosca as Puccini's "shabby little shocker."

To know Kerman was to imagine the wicked smile as he came upon the words, and to sense that he may have rued mightily that the disparaging phrase would be the first thing most people would associate with his otherwise long and distinguished career or, as we say now, the first line of his obituary. 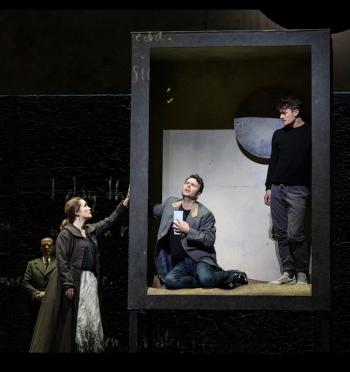 Walt-zing
Smack in the middle of his book, Aucoin has a whole meaty, absorbing, fretting and ultimately mind-blowing chapter on Walt Whitman. That, like his subject, Aucoin is gay is almost an incidental part of the reason, as are Whitman's tireless hymns to song itself, and "singing the body electric." Having chosen to wrestle with the outsized American poet by putting him in his first opera, Crossing, Aucoin is both writing and composing from the inside. Whitman, he reminds us, "unabashedly worshiped at opera's altar."

Last fall, the Met mounted a new production of Aucoin's second, 2019 opera, Eurydice, easily the biggest event in American opera then and with few, if any, competitors in Europe. Now Aucoin will have to wrestle with fame.

My own take on Eurydice is of little consequence here, except to report that when I hunkered down in front of the old wireless for the Met premiere, it was as much in a crouch as on the edge of my seat. I resisted it, hardening my own evaluation around the word "banal." Then I found myself unable to resist the second broadcast, the Saturday of the Live in HD telecast. Then the broadcast of the final performance in the run became the thing with which I marked, impatiently, the passage of time.

I had a similar resistance to the simultaneous publication of Aucoin's The Impossible Art, fearing that this smarty-pants MacArthur Fellow would mine the impossibility at the expense of the art.

Renowned in the opera-performance world as much for his accomplished pianism and concomitant skills as a rehearsal pianist and coach, he would have had the inside dope, risky as it might be to write about opera caught with its figurative pants down with the body of disgraced former Met Music Director James Levine barely cold, replaced by yet another homosexual with a magic wand.

With the audience, such as there was one, now a masked ball, I wondered, less than innocently, whether the mandated protection behind the proscenium was the chastity belt.

But there's no dirt and only a leavening amount of irreverence in The Impossible Art, and a text that will last me the rest of my life. I'm already re-reading it, hunkered down in my other spectator's chair, hoping that, as with Eurydice, I will some day catch up to it, in the meantime eerily happy to risk looking back on it.

Aucoin's focus is on something deeper than drama in opera; its mysteries, the alchemy of opposites that fires it, and, perhaps most surprising of all, its unique and lasting power. Looking deeper than a sociology of the pandemic and the normally, genuinely impossible economics of the art, he writes, confidently, "I can't think of another period in which so many new works that are so different from one another [are] bursting into the world at once."

It's the last sentence I would have expected from him, but he's convinced me there's not just hope but reason for it. 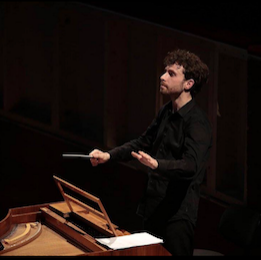 Orpheus and them
As you would expect from the composer of Eurydice (also the title of the first surviving opera from the dawn of the 17th century in Italy), he begins his reflections with a thematic assessment of the Orpheus operas, from Monteverdi's to Birtwistle's The Masks of Orpheus.

Verdi's Shakespeare operas play off Stravinsky, Whitman, and a pair of contemporary works, both of which Aucoin has helped to prepare for performance: Thomas Ades' The Exterminating Angel and Chaya Czernowin's Heart Chamber. Whatever the material, it's Aucoin's engagement with it that less makes it matter than that finds new matter in it.

He works within the definition of opera used by the American Modern Opera Company, of which he is a member: "Opera is the medium in which art forms collide and transform one another."

His own observations are never less than intellectually honest, and sophisticated, yet he has the same directness of utterance as a writer that he does as a composer.

The Orpheus story, he writes, "continues to resonate because, I think, of its brutally honest admixture of hope and despair. Music can conquer death itself —of course it can— but not for us, not for human beings. We aren't worthy of it. We'll always find a way to screw things up."

He regularly returns to the notion of music as something felt in the body, whether by the "rightness" of Stravinsky's harmonies when the rehearsal pianist plays them or Whitman's ecstatic exclamation:
"[Opera] wrenches unnamable ardors from my breast. / It throbs me to gulps of the farthest down horror, /It sails me."

He inquires of Whitman what the poet, and the man, did, what it meant, and how to handle the collisions of perception, no more so than in Aucoin's wonderings at what it meant for Whitman to be gay, and what that means for us, if anything.

He calls his own Crossing as "in part an interrogation of Whitman's legacy," deploying a special candor in writing about the "impossibility" of setting the poet's "Crossing Brooklyn Ferry."

If you've ever been zinged by opera, this is a book that will not leave you alone.

Back to Baton: five decades of opera & symphony stories
Sign up!