Tripping through history: 'The Letters of Thom Gunn' as a roadmap to San Francisco's past 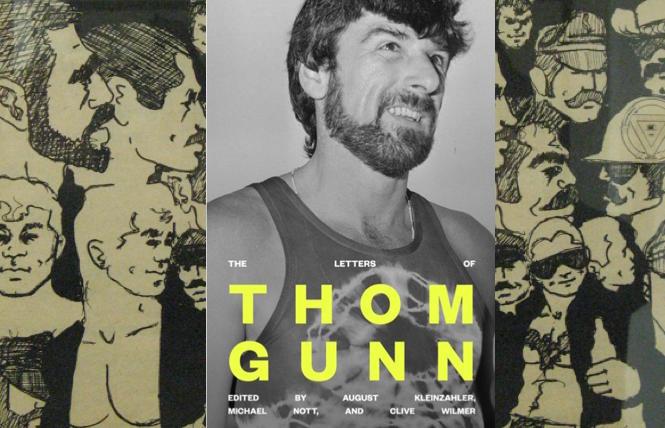 The cover of the ebook edition of 'The Letters of Thom Gunn,' with Chuck Arnett artwork on the sides.

Thom Gunn had a front row seat for the development of what became LGBT San Francisco. The poet graduated from Cambridge, had his first book of poetry published (Fighting Terms) and moved to the United States in 1954. By that time he was already living as openly a gay life as could be lived at the time. When he moved to the United States it was not only to go to Stanford, but to follow Mike Kitay, his lifelong partner.

The Letters of Thom Gunn, edited by Michael Nott, August Kleinzahler and Clive Wilmer and published by Faber & Faber in March 2021, is both an intimate portrait of the poet and a window on the development of what would become gay and leather culture and the rise of the hippies and drug culture. Along the way we are treated to Gunn's encounters with well-known literary figures including Paul Bowles, Robert Duncan, William Burroughs, W.H. Auden and many more. 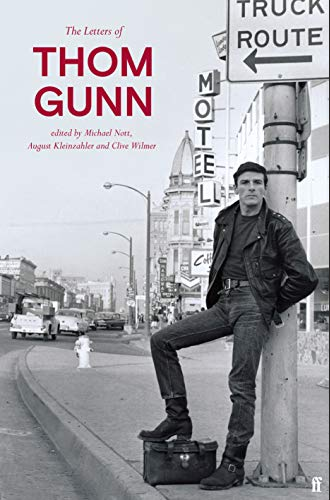 cover for the hardback edition of 'The Letters of Thom Gunn'

Gunn hit the ground running when he arrived in Palo Alto. A letter from 1954 to the actor Tony White mentions the couple Tom and Charlotte Herbold, and a footnote on them tells us:

"Tom and Charlotte Herbold took TG to his first gay bar, the Black Cat, in San Francisco. They went in the company of a woman called Mary, TG's 'date.' The bar, TG told Robert Prager, 'was a great revelation to me. Gay bars were enjoyable! Though Mary kept on saying, 'Those poor men. I feel so sorry for them.' I wasn't feeling sorry for them. I could see that they were having fun. And I realized I could have fun there too, so I went back there the next night by myself.'"

White, who Gunn knew from Cambridge, was one of Gunn's frequent correspondents. Gunn's letters are direct, intimate and often quite funny. Describing an early drug experience, he tells White in a 1958 letter written from Oakland:

"I forgot to tell you. A couple of weeks ago I met Paul Bowles, a minor (and I think bad) American novelist. He looks like a ponce but doesn't act like one. And he gave me a mescalin (sic) pill (the results of which are similar to haschisch (sic))"

The letters portray gay life in the 1950s and '60s from Gunn's international perspective. In a letter from Berlin in 1960 to the British poet and editor John Lehmann, he discusses the difference between European and American gay bars:

"I find queer bars outside America very epicene, very girly. I think it must be only in America you get bars exclusively for the butch (as opposed to money-butch). However there are a lot of attractive Germans outside the bars — I don't mean directly outside I mean all over the place." 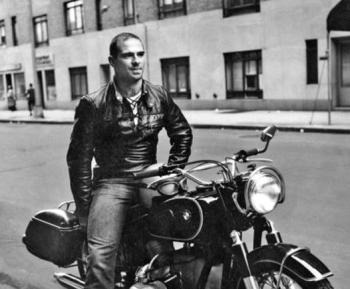 Wolf on the move
That perspective also reveals that what would become known as "sexual tourism" was already present, and sometimes led to lifelong friendships. Two letters to Kitay from 1961 are a good example of this. In the first he tells of a meeting at Jack's on the Waterfront (111 Embarcadero):

"There is a queer, colossally big London Jew called Wolf, a medical student, and friend of Jonathan Miller, who says my poetry changed his life — it caused him to get a bike and wear leather, and he tears around like a whirlwind — and came out here to be a doctor, because I live here."

The Wolf in question is Oliver Wolf Sacks. Gunn's lifelong influence on him is unquestionable: Sacks entitled his 2015 autobiography On The Move: A Life,after Gunn's 1955 poem "On The Move," about leather boys on motorcycles.

In the second letter Gunn reveals that his encounter with Sacks was not merely literary:

"Yes, I did make it with Wolf, & it was indefensible, since I find him extremely unatt. Well, not extremely, and some people go mad crazy about him, but I like something (a) more beautiful and (b) more subtle. But for the first time in my life I did what I consider so wrong, i.e. slept with someone because he was so devoted, which I find immoral, really, the one form of sexual immorality. But he literally came to California because of me, and brought a bike which he still rides all the time because of me."

Regardless of the failed sexual encounter, Sacks and Gunn formed a lifelong friendship in which Gunn encouraged Sacks' writing. 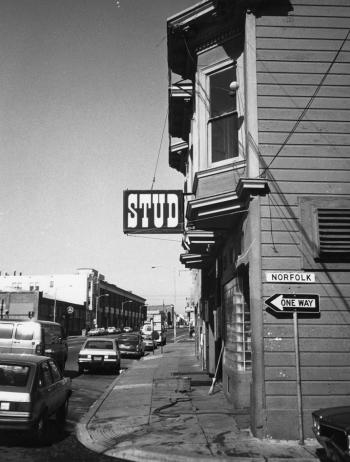 Pop & Stud
The letters also give a unique view of the rise of pop culture figures from LGBT culture. In a 1963 letter to Kitay he discusses going to a concert with Chuck Arnett, whose mural in the Tool Box would frame the opening pages of Life magazine's "Homosexuality in America" article the following year:

"Yesterday we went to Barbra Streisand at the Hungry Eye, a very lovely singer with a fine manner, whom you have probably heard of. The bartender from the Tool Box, Chuck, we went with, said it was one of her best nights. He has been to see her 4 times."

Because Gunn was passionately involved in San Francisco's nightlife he covers topics not readily found elsewhere. In a 1966 letter to the literary critic and Professor Tony Tanner he discusses the Capri (1326 Grant):

"We —all of us— have found a bar that suits all of us, me Mike Don, Bryan, and it would you two as well. We conceal it from Tom Gee and such like. It is the only really bisexual bar I have ever known and is very wild and delightful, as well as being close — on Grant Avenue."

The Don mentioned in this letter is Don Doody, who Gunn met at Gordon's (840 Sansome) in 1961. Doody was a bartender at the Tool Box and later at the Stud, where in the late 1960s he famously had LSD parties known as Saturnalia with environments designed by Arnett. He features prominently in the letters, as in this letter to Tanner from 1968:

"Don has succeeded magnificently with the Stud. There are now more murals, there is dancing and affability, and it is probably the most packed bar in town. He is moving into those rooms above (where we went your first night, remember) with Chuck Arnett and a few other nice people. Apparently there are 16 rooms up there!" 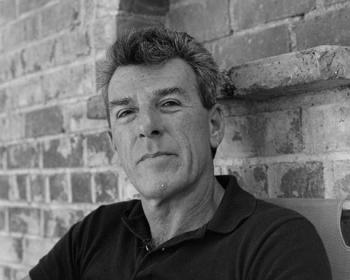 In another 1968 letter to Tanner Gunn describes one of the Saturnalia parties:

"The Stud closed for a night to give its 150 closest friends a party in the bar. The place was decorated with polythene so as to look like a kind of Venusian Fingal's Cave, with flexible stalactites, etc. And everybody, including Mike and me, said it was the best party they'd ever been to. One thing that helped was that everyone was offered acid, and so about 70 of us were on a reasonably heavy trip."

For a time it appears that the Stud was Gunn's favorite bar, and he met friends from out of town there. In a 1970 letter to Tanner he recounts:

"I met Mark and David Hockney at the Stud. They wanted to go to a bunch of new bars they had heard about. I said, 'Oh those bars are awful, they're very plastic.' David Hockney said, 'But we like plastic.'"

The content of The Letters of Thom Gunn is far more extensive than space allows a discussion of here. It also gives a wonderful account of Gunn's literary career (which I have barely touched on). With the window these letters give on pre-Stonewall gay culture in San Francisco alone, this book is a treasure and deserves to be read by anyone interested in the era.

Books of letters are often a difficult sell to readers as they entirely depend on both the personality of the writer and their gift for communication. In this way, The Letters of Thom Gunn is a vivid success. He was both a charming and a humorous letter writer and this book is a joy to read. 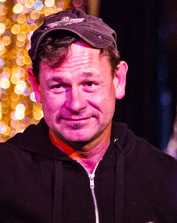