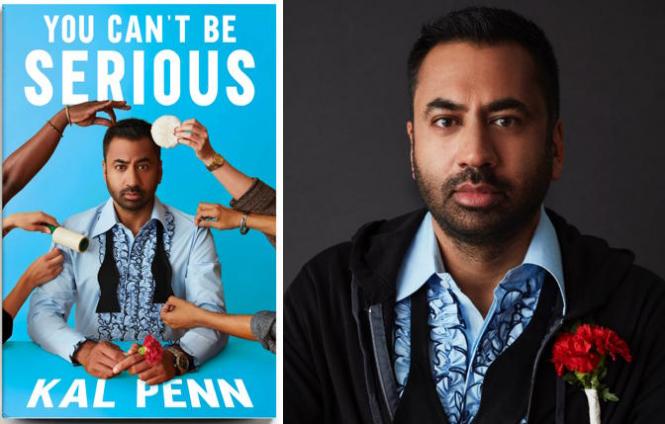 You've probably already heard that actor and former Barack Obama adviser, Kal Penn, has come out as gay and is engaged to be married to Josh, his partner of 11 years.

If however, you want to learn more about that announcement, you are better off reading the People magazine interview than his memoir.

Penn is clearly talented and accomplished, best known for the comic Harold and Kumar franchise movies, National Lampoon's Van Wilder, and a serious role in Mira Nair's The Namesake, but also appearing on television shows such as House, How I Met Your Mother, the recent NBC flop Sunnyside, and current CBS series Clarice.

Penn also served as Adjunct Lecturer in Sociology and Film Studies at the University of Pennsylvania and in Sociology and Political Science at the University of California, Los Angeles. He was an Associate Director of White House Office of Public Engagement acting as President Obama's Liaison to Young Americans, Asian Americans/Pacific Islanders, and the Arts communities in America.

Penn reflects on all these experiences offering often funny, candid, and at times inspiring stories narrated in a breezy, laid-back style you might expect from his alter ego Kumar.

Born and raised in New Jersey, Penn was the son of initially poor Indian immigrants and the grandson of Gandhian freedom fighters. Bullied, and the victim of racial slurs, he caught the acting bug when in eighth grade he was cast as the Tin Man in the school's musical, The Wiz.

By using humor and art, Penn learned how to convert former enemies into allies. However, his parents were dead set against his becoming a professional actor ("We don't do those things. We are Indian."), preferring him as a doctor or engineer.

However, having seen Mira Nair's 1992 film Mississippi Masala and witnessing what an Indian director and stars could achieve, Penn determinedly become more involved in his school's choir and drama club, eventually pursuing theater and acting at UCLA. 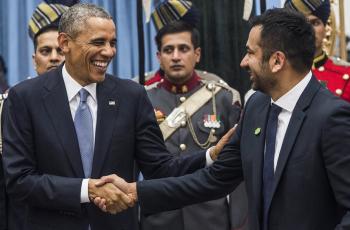 Race and casting
Where his memoir really shines is in showing the intense efforts it takes to establish oneself in Hollywood, such as getting the right headshots, the decision to change his name from Kalpen Modi to Kal Penn, and trying to find an agent, all presented amusingly, including the story of being set on fire while sliding off an oiled-up naked actress in a raunchy Ryan Reynolds film.

Penn is both angry and insightful at the racism faced by a budding person of color actor, such as having to audition for stereotypical roles in commercials, then being asked insipid questions such as 'Where's your turban?' or 'Which country is that accent from?'

Penn bemoans that these are one-dimensional roles focusing on a person's ethnicity or race, where everything is tied to identity, often functioning to serve the arcs of white characters. Far worse is being asked at auditions to talk in an Indian accent, which producers insist makes the role funnier. Penn notes that in Hollywood few Asian Americans are cast because they think Middle America won't watch them, which results in fewer Asian Americans on TV, a vicious cycle ad nauseum. His devastating analysis is spot-on, but conveyed humorously.

Penn, acknowledging there is been some improvement since he started in the early 2000s, advocates for more reform, but believes talent and hard work will generally win out over discrimination and hackery. Still, Penn was tempted to abandon his dreams after he had to compete shockingly with white actors in brown-face to play an Indian foreign exchange student.

Penn was so transfixed with candidate Obama's message to work together to make all fellow Americans' lives better that he volunteered to campaign for him in 2008. He opted to take a sabbatical from television acting and serve in the new administration.

The politically correct environment at the Obama White House doesn't engender as many lighthearted tales as his Hollywood travails, though there are riotous takes on background clearance, the bureaucracy involved to hang his Grandpa's framed Gandhi photo in his office, and shepherding the Public Engagement office to a strip club. 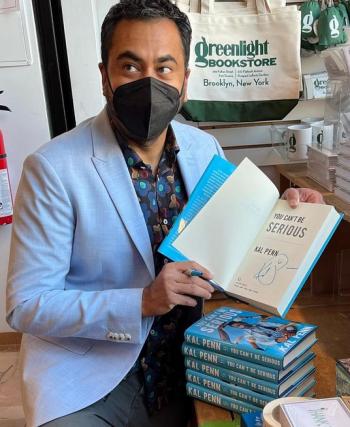 Gay vague
After his incisive analysis on entertainment bigotry, it's a huge disappointment he doesn't exercise his intellectual muscles on homophobia in Tinseltown. Penn doesn't even broach the gay issue until the final 100 pages of his memoir in a thin twelve-page chapter, broaching the subject in a very matter-of-fact way, discussing the material as if the reader already knew about his being queer, which of course, is not the case.

We learn virtually nothing about Josh (not even his last name or occupation), except that he hails from Mississippi and loves NASCAR races on TV. It wasn't love at first sight when they met at a Washington, D.C. bar, which seemingly was a mismatch that developed into a long-term relationship.

As to when Penn discovered he was gay, how it affected his life or career, whether he struggled to come out to his parents/family and their reaction, or any angst about publicly revealing his sexuality, there is nada. It strains credulity that a man born in 1977 into a very conservative minority/religious group would not have wrestled with his sexuality and its repercussions.

Only in the People magazine interview does Penn confess that he discovered his sexuality late in life. His lack of forthrightness and self-awareness on the consequences of being gay is exasperating considering how open and penetrating he is concerning racism in Hollywood. Penn's memoir (with its double-entendre title) is an easy, often whimsical read.

You Can't Be Serious by Kal Penn. Gallery Books, $28

Ruth Coker Burks' 'All the Young Men' - a big-hearted memoir
Sign up!