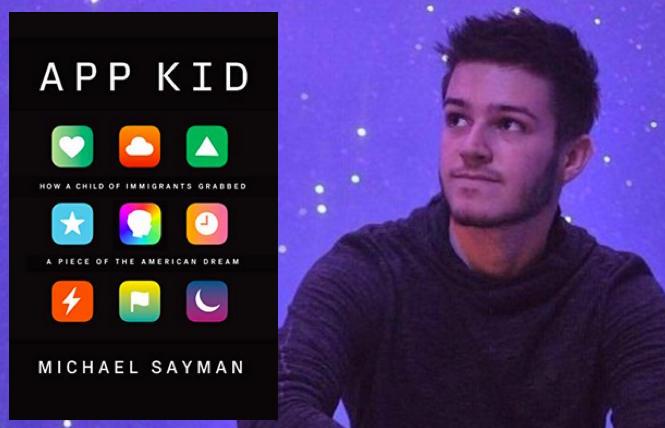 Young, groundbreaking, queer tech wizard Michael Sayman's memoir App Kid: How a Child of Immigrants Grabbed a Piece of the American Dream (Knopf, 2021) is the kind of book that has something for almost everyone. As it says in the title, Sayman, and his sister, are the children of immigrants — his mother is from Peru and his father is from Bolivia — who settled in Miami.

The "American dream" Sayman "grabbed" is a healthy slice of the Internet, first as an independent app developer and later in the employ of Facebook and Google. Additionally, App Kid is a coming out story that provides a fresh perspective on the experience. Michael was generous enough to make time for an interview in advance of the publication of his memoir.

Gregg Shapiro: Michael, why was now the right time to write your memoir App Kid?
Michael Sayman: Honestly, I never timed this intentionally so much as I feel (like) I ended up kind of realizing the timeliness of a book like this as the launch date was approaching. I know it sounds a little crazy, but to me it was something where...

I'll give you an example of this; my book and my experiences as a child working on these apps was very isolating at times. I spent a lot of time as a kid on my computer at home, kind of interacting with the world through the Internet, which was something I chose to do at the time. But as we started seeing with the pandemic, which none of us could have really predicted, we now see so many other kids out there being forced into an environment that is very similar to the one that I grew up in.

A forced isolation.
Yes. It's much more in mind now. It was not in mind when this (writing of the book) process was coming together. It's been about two and a half to three years since I started on the book. 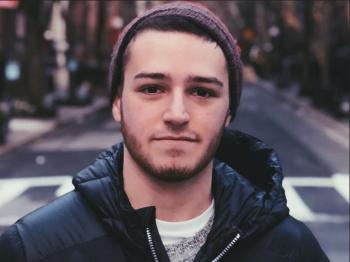 Even though you couldn't have foreseen the pandemic, did you have a target audience in mind while you were writing the book?
Yes, definitely. There's a bunch of different aspects to this book that I think relate to different people and different audiences. For example, I think a lot of parents with children spending all their time on these iPads and their iPhones and not really knowing how you handle a kid who spends their whole life on that. I think a lot of parents will read this and think, "There is potential in the Internet, but there's also challenges that I'm sure other parents can relate to in terms of how to deal with children who are in that space."

The other is obviously the kid who is coding and who's trying to make a name for himself on the Internet. We've seen over the past few years that the number one job that kids want to be now is no longer astronaut or doctor. They want to become Internet famous; influencers, YouTubers, developers. It's an entirely new landscape and I think there's a lot of kids out there who grow up seeped in this entire Internet culture.

It's interesting that you mentioned that readership demographic because the tone of the book, including the use of what I would describe as clean language, made me wonder if you had a younger readership in mind as you were writing it?
No. It's funny, the way that I talk tends to be a little bit cleaner, sometimes. What's funny is that when I was growing up, and I've realized this more recently, I was almost like the kid who would punish himself when I did something wrong, or try to control the way that I did things.

Because of the considerable role your family plays in App Kid, do you know if they've read the book and, if so, what do they think of it?
They've definitely read the book. They've been along the entire process. They've been in the loop on you how I've been writing it. My thoughts, as well, as I was writing the book have obviously evolved over time, too.

It's one of those things that have been really challenging for us as a family. The family dynamic that we had is not normal, and I guess that's partly why there's a book about this. But in terms of the way that we've approached it together, and the way that we've thought about this is that there's a lot to the dynamic that took place in that time and there's a lot to the perspective that I had as a kid in terms of the relationship with the parents and how whatever they or my family was doing, how I would interpret it, being able to share the truth of that perspective from where I was as a kid.

Your coming out process is also a significant part of the book. What was it like to put your coming out into your own words?
People sometimes question whether or not we should be identifying or putting too much of an emphasis on our sexual orientations as part of who we are. For me, I almost grew up with this idea that if I am actually gay, it should not be who I am. It should not be anything related to who I am. It shouldn't shape me in any way. But as I started to understand it more, as I started to understand myself more, and my sexual orientation and how it made me think about the world and what else tended to come along with that, I realized that it was not just about sexual orientation.

Not only was it not just that; it was impacting every other decision that I made in my life; how I behave around other people, how I would become very observant, how I was so shy in school. Those types of actions ended up affecting how I even developed certain skills, and led me to realize that this is not just about sexual orientation, this is about the entire trajectory of my life, personal and career-wise. 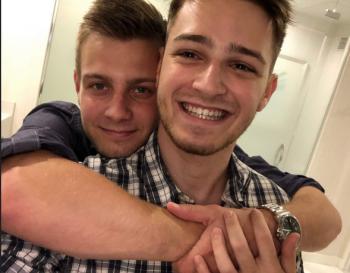 I realized that it shaped my brain, it shaped how I think about the world, for better or worse. As I started to realize that, I thought that it's important in this book to talk about that. It's important to talk about how that affected me. I think you can get hints in the beginning of the book, as well, from when I'm in school and I don't really talk to the other kids.

It's nice to hear someone from your generation having respect and appreciation for those that came before. You wrote about going to Disney World with your family and your ex-boyfriend William, and it made me wonder if you'd ever been to the park for Gay Days?
I have never been. I realized a year after starting to date my ex that they had those. I was like, 'Okay, we've got to figure out a time to go.' I didn't know that they had them and I've yet to actually go, so hopefully I'll be able to do that.

After the pandemic hit, it got a lot harder to figure out when to go. But I'm definitely adding that to my list. I will say part of the reason why I ended up going to Disney World so much later on, too, was because during my childhood, as I was struggling with the payments and the house and the whole recession that had hit our family, the one nice thing that I had from the before times was going as a family to Disney World. That stayed with me as this happy place of mine into my adulthood.