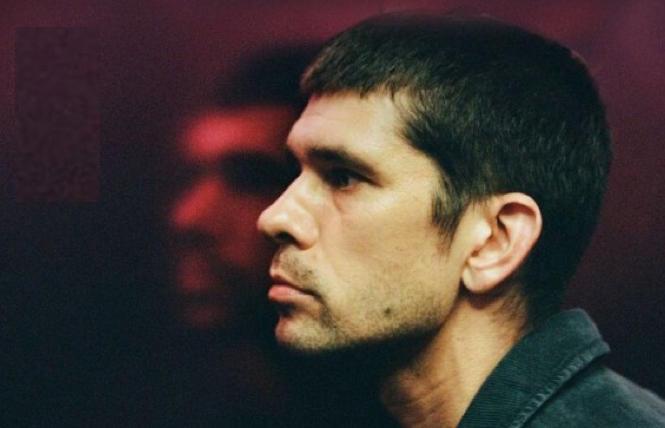 Out actor Ben Whishaw is nothing if not versatile. From his performances as Sebastian in the 2008 movie version of Brideshead Revisited and a grieving gay man in 2014's Lilting, to his recurring roles as James Bond's gadget guru Q, and the voice of the titular character in the Paddington Bear movies, there doesn't appear to be much Whishaw can't do.

In Aneil Karia's deeply disturbing Surge (Filmrise/BBC Films), Whishaw delivers a devastating performance as a man descending into madness. Calling it difficult to watch is an understatement. Nevertheless, it's worth watching to see Whishaw in action in this challenging film.

Socially awkward Joseph (Whishaw) works security at a London airport. The job is stressful, and you can see the degradation of the searched and the searcher. Joseph is an outsider in the employee lunchroom, on the commute home, in his apartment building.

Even his interactions with his parents (played by Ellie Haddington and Ian Gelder), the kinds of unnecessarily critical and sour people who probably never should have had children, are uncomfortable, even unpleasant. The particularly hostile visit with his folks results in him biting through a drinking glass, cutting his lower lip and gums. 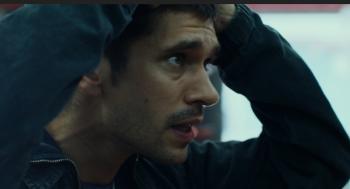 This sets off a series of surprising events, including a confrontation with an annoying neighbor perpetually fussing with and revving his motorbike. Joseph's increasingly erratic behavior leads to him having a full-on breakdown on the job. Sent home, Joseph continues to act out in bizarre ways. He jumps a turnstile at a public transit station, he shows up at the flat of sick co-worker Lily (Jasmine Jobson), the only person who is kind to him at work, to help her with the problem she mentioned having with her TV.

His attempt to purchase the necessary cable for Lily and the decline of his bank card causes him to become more unhinged. When an ATM eats his card, he makes his most drastic move; he holds up a teller at his bank. It's an indication of how far Joseph has slid and how close he is to the precipice.

With plenty of cash at his disposal, he returns to the store, buys the cable, and, evading the police, goes back to Lily's apartment where he not only fixes her tech issue, but lets off a little steam by having sex with her. Unbeknownst to her, he also hides a bag full of stolen money in her kitchen cabinet.

Emboldened by the day's activities, he holds up a second bank. While he does get away with it, his exhilaration is short-lived when the dye pack is set off a few blocks away. With nowhere to turn, he checks into a high-end hotel, where his actions, including the total trashing of the hotel room and the crashing of a wedding party, go further off the rails.

Just when you think things can't get any weirder, they do! This includes a joyride on a stolen motorbike, a car accident, a physical beating, a return to his parents' house, and another brazen robbery. Whishaw's elastic facial expressions, complete with full-body ticks, give Joseph a shocking authenticity. His breathtaking performance, as well as that of Haddington and Jobson, are truly riveting. But even at just over 90 minutes, Surge may be too much for some people. Forewarned is forearmed.