'Cleanness' in the I of the beholder 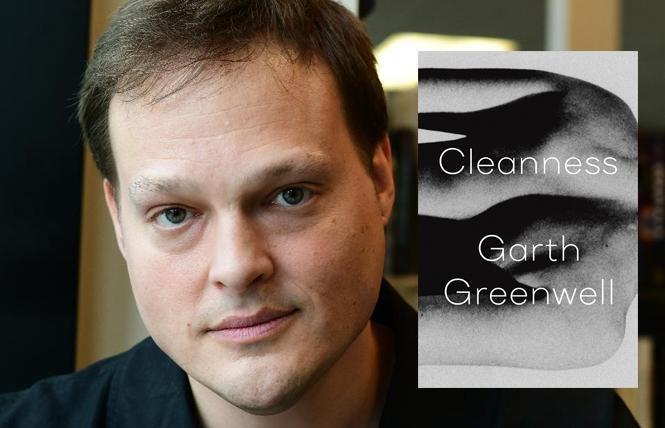 The nine stories of "Cleanness" explore the same terrain as Greenwell's seismic debut novel "What Belongs to You" both thematically and geographically, but they are to outtakes as lives are to obituaries. They rarely leave the post-Soviet cityscape of Sofia, Bulgaria and the barely demilitarized zone of man-man love. These unsparing narratives negate but in no way neutralize the very idea of taboo, an old testament supplanted by a new one, of love both fueled and refined by desire so volcanic it sears everything it touches with hot lava.

Like its precursor, it drops spatterings of transliterated Bulgarian at a rate just shy of infuriating, saved by a colloquial translation no more than a comma splice or two away, where they become like sweet whispers in the reader's ear. Anyone with the slightest brush with Slavic opera, chant or song will respond at a primal level to all of the forms of Gospodi — lord — a word with all the overtones Greenwell needs and exploits in all its declensions and nouns of address, Gospodxx as unretractable as a bumper sticker.

In "Gospodar," the first-person narrator common to all the stories exposes himself in all respects to one of two principal characters in the collection not identified by a lonely, protective initial, "R.," "G.," "Z.," as I didn't notice until the fifth reading. This "he" is a Goliath of a pronoun, and the only one that would do.

Already hard, "I" climbs stairs to the lair of "an unhandsome man; it was clear that he had never been attractive, or that his primary attraction had always been the bearing he had either been born with or cultivated, the pose of uncaring that seemed to draw all value into itself, that seemed entirely self-sufficient. He would never be called a faggot, I thought, whatever the nature of his desires."

The author brings a completist's fetish to an all-inclusive taxonomy of desires. The revelries have barely begun "when he spat on me ... it was like a spark along the track of my spine, who knows why we take pleasure in such things, it's best not to look into it too closely." Already this remark flaunts a chilling, high hilarity. Soon, "Whatever chemical change desire is had taken hold and I was lit up with it." What ensues are acts of brutality punctuated by practiced, continued expectoration, which itself becomes a kind of kiss. For "I" it is all in "the pleasure of service."

The graphic language remains in service to I's microscopic consciousness of every move. In a euphemism Greenwell would never indulge, the supplicant remains "present" throughout the ordeal, but the account of every lash, every breath choked on cock, becomes as transporting as locating, what we used to call transcendental.

The obverse of "Gospodar" is "The Little Saint," about which all you need to know for now is that a countervailing consciousness surveils it. "It was important to seem like I didn't care about his pleasure but I did care about it, very much." Very much; Henry James in colloquial modern American.

"Cleanness" is the first of a trio of what for many will be even more excruciating stories, chronicling a two-year, committed (take that as you will) relationship with R., whom we met in "What Belongs to You" with all but a promise that he would not be a keeper, except of others. The milder, bait-and-switch bondage ritual with R. goes, agonizingly, to its breaking point. "I was struck again by his beauty, which was offhand and accidental, ... stripped of self-regard, ... a kind of physical force, not welcoming me but pushing me off, so that I was always astonished that I could take him in my arms."

Early on, R., Portuguese, and "I," American, call each other Skupi, Bulgarian for "dear" in both its quotidian and divine guises. "I think it was then, when we first uttered the word, that I realized that I was caught by him, that however things turned out they would have consequences."

Unremittingly, the words transform Greenwell's post-Soviet Sophia into a post-lapsarian heaven and hell of wisdom, a ruined Eden recollected in a cognate of tranquility. As "I" says of the little saint, also initial-deprived, "It did have an end, what I had felt, its end was here, he had brought me here."