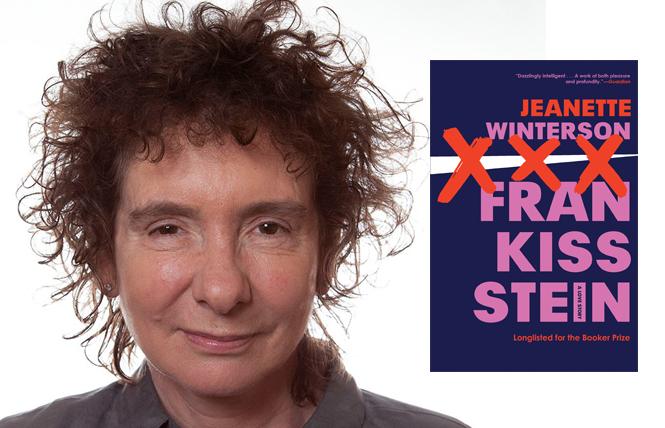 Mary Shelley's "Frankenstein" found an avid new audience in the 2018 bicentennial celebration of its publication. With her tale, subtitled "a new Prometheus," the 19-year-old Shelley won an 1816 cottage competition for best diversion from dreary weather, whose other contestants included her husband, poet Percy Bysshe Shelly, and Lord Byron. It was published, anonymously, two years later.

The is-it-or-isn't-it-good-literature dispute may never be settled, but its vitality as a thing of wonder persists. Back on the coroner's slab, Shelley's novel has been newly dissected and largely found pleasing in all of its parts. Its reputation as the first work of what we now call science fiction has been reinforced, its themes deemed forward-looking, and, critical for its future, it has been welcomed back as a damn good read.

Last year, important critics wrote about it, one finding it as visionary as the little-known late Edgar Allen Poe prose poem "Eureka." With her own 11th novel, Jeanette Winterson wrote at it, with "Frankissstein: A Love Story" (Grove Press). For all her book's irrepressible wit, signaled by the title, the prolific British lesbian has made it the latest installment in her career-long musings on gender politics. And, as importantly, a damn good read.

Winterson toggles between her imaginative recreation of the birthing of Shelley's novel and her own, snappy update on ways the gothic romance has played out in our time. Mary Shelley is Winterson's most (arguably, only) warm-blooded character, but the cast of "Frankissstein" emerges at least as winning as it is comic.

Winterson brings her three principal original characters together at an international AI conference and a laboratory for new and improved cryogenic science in Phoenix, Arizona. Ron Lord, so crass he's believable, makes and markets new and improved sexbots, all of them "girls." His sometimes business partner is AI professor Victor Stein, who is not insensible to the commercial future. Rubbing shoulders and other body parts with them is the male transsexual physician Ry Shelley, whose "doubleness" the technocrats miss at first, reflexively superimposing the name Ryan on the doctor's slyly contracted Mary.

Occasions for sendups abound, and Winterson passes on none of them, her riotous satire somehow staying a nose ahead of cheap literary prank. True to form, it's easy to mistake invention for reality. Winterson's CEO-entrepreneur of a cryonics laboratory, Max More is based on an actual person of that name and enterprise. Alan Turing drops by to mention, in passing, that when he coined the word "computer," he referred not to the machine but its operator.

In the sections set in the country house outside 19th-century Geneva, you feel the perpetual dampness, right through to the bedclothes, of the writers' foiled attempt to escape English weather. Not coincidentally, the most gripping present-day chapter is also precipitated by a drencher, if across the pond from Brexit Britain.

In a plot-shifting early scene, Stein suggests he and Ry take a postprandial walk in the desert despite severe storm warnings. Soon enough, the two are sheltering under a rocky overhang, the charge coming less from the lightning than from the bodily contact through their sopped clothes. A shower back indoors yields a sex scene that surprises only Stein, who remains adamantly "not gay."

Mid-tryst he discovers that Ry does not have a penis but, in its place, a two-inch-long clitoris, whose 8,000 nerves, compared with the penis' 4,000, is capable of its own palpable erection. Ry patiently, if also teasingly, explains, "I am a woman. And I am a man.... I am in the body I prefer. But the past, my past, isn't subject to surgery. I didn't do it to distance myself from myself. I did it to get nearer to myself."

When Stein, finally sexually slaked, asks, "Why are you so easy in your body?," Ry answers, "Because it really is my body. I had it made for me." Love, however uneasy, ensues and prevails.

Dystopia is in the wings whenever not center stage in "Frankissstein," and it doesn't take deep sleuthing to see that Winterson is, if not pessimistic about technology and its promises, as wary as she is educated. Yet for all the speculation about a trans-human future, it's the all-too-human that prevails in her tale. Predictably, in "Frankissstein" body parts are nearly a preoccupation, but the one to which Winterson sings a verbal aria is the heart, in all its senses of the word.

In front of an audience of his professional peers, Stein comments, "Artificial intelligence is not sentimental, it is biased toward best possible outcomes. The human race is not the best possible outcome." But when Victor tells Ry, "I can't decide with you, whether you are a Puritan or a Romantic," Ry replies, "I am a human being."

"Frankissstein" is a stitch. And just in time.