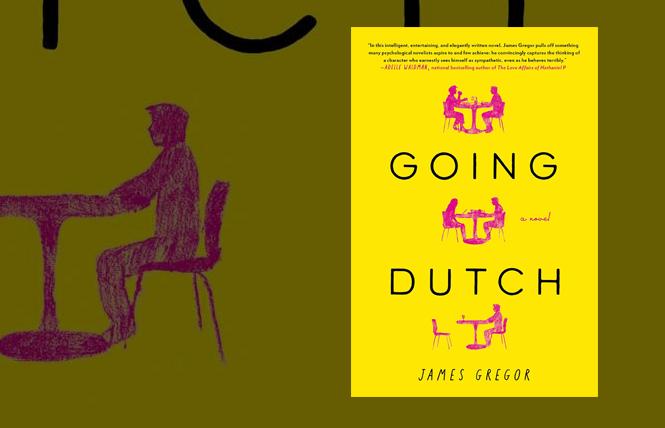 Born and raised in Canada, novelist James Gregor has written "Going Dutch," a dynamic debut novel about the difficulties in searching for love, and how supremely messy the entire process can become.

Meet Richard Turner, a 29-year-old Brooklyn doctoral student in medieval Italian literature who seems to have become stagnant in his academic career. But it wasn't always this way. Only a few years prior, Richard considered himself a "cultivated, slightly pedantic undergraduate, someone for whom a high GPA, prizes, bursaries, and glowing reference letters came easily." Now, not so much.

His supervisor, Antonella, is as flummoxed as he is with his inaction and disinterest, which are now threatening his fellowship-sponsored tuition and living-expense stipends. It all just seems like a series of pointless endeavors to Richard, who could be depressed. But his ennui seems more likely to stem from a lack of social and romantic interactions.

Gregor has stuck literary gold with his main character. Richard is likeable, self-effacing, and relatable for readers who have those seemingly unending periods of "What's the point?," who question the purpose of the day-to-day uphill struggle. In an effort to shock himself out of the funk of daily living, Richard believes some hot dates would shake things up, both in his bedroom and in his cobwebbed brain.

Alas, dating in Manhattan is a jungle of mean-spirited monsters, adorable flakes, thirsty online profiles, and gorgeous one-time dalliances who vaporize into ghosts at the mention of a second date. Though he is gay, Richard throws himself into a somewhat deceptive flirtation with Anne, a smart, wealthy doctoral student who is intent upon resuscitating his flailing studies and ends up becoming a romantic interest.

Richard also meets Blake, a successful lawyer and seemingly ideal match. But there's the issue of Anne and her unbothered attitude towards his homosexuality. Things grind to a halt once one lover finds out about the other, and Richard is forced to confront what's truly at the heart of his millennial discontent.

Gregor is an intuitive writer, and his observations about urban life are spot-on. This is an amiable novel with its soul in the right place and plenty of thoughtful contemplations about emotion, desire, privilege, money, and commitment. It's resonant for readers who find themselves unhappily single, or just fascinated by the idea of love and romance in the complex 21st century.