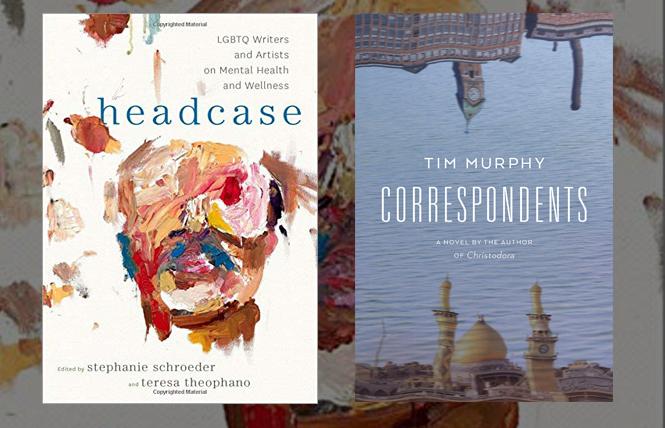 Books tend to pile up on the Arts desk. We read some of them, we give some of them to writers to review, and sadly, pumpkins, some we may never get to at all. Them's just the breaks. But here are some interesting volumes worth calling attention to, with attendant squibs.

"In the City by the Lake" by Taylor Saracen (13RedMedia). A 21-year-old closeted mobster lives in late-1920s/early-30s Chicago. A so-called "Pansy Craze" centers on the gay clubs in so-called Towertown.

"Instructions for a Funeral," stories by David Means (FSG). Fiction originally published in The New Yorker, Harper's, The Paris Review and Vice.

"Correspondents" by Tim Murphy (Grove Press; May). Family saga by the Brooklyn-based author of "Christodora" follows the daughter of an Irish-Lebanese clan in Massachusetts.

"The City in the Middle of the Night" by Charlie Jane Anders (Tor). Speculative fiction set on a dying planet other than ours.

"Virginia Woolf in Manhattan" by Maggie Gee (Fentum Press). The great feminist novelist comes back to life (and culture shock) in present-day NYC.

"I Used To Be a Miserable F*ck" by John Kim (Harper One). Subtitled "An Everyman's Guide to a Meaningful Life," from the author who self-describes as "Angry Therapist."

"Paul Takes the Form of a Mortal Girl" by Andrea Lawlor (Vintage; April). Gender-bending homage to Woolf's "Orlando," originally published in 2017, gets reprint.