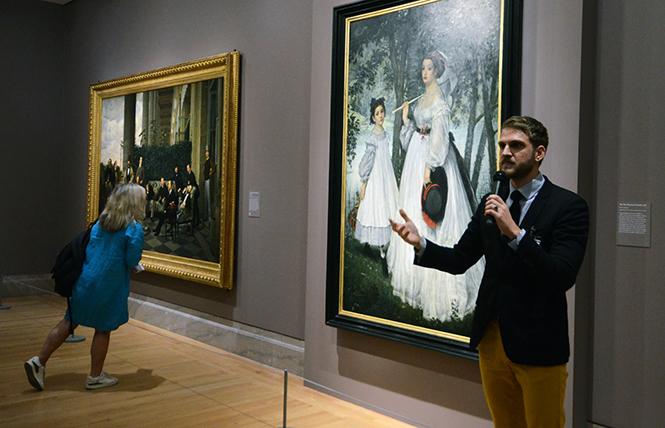 Ah, what to say of 2019? It was relatively free of fireworks splashed across the arts news, glaring missteps or stand-up-and-shout museum exhibitions, and, though the year had its moments, a saucy costume show from an out-there designer was nowhere in sight. YBCA, which has lost its footing, continues to search for it, and it appears that the future of Pier 24 Photography, the singular cathedral for photography marking its 10th year, is precarious. Investment banker-turned-collector Andy Pilara and his Foundation, who poured millions into renovating the 27,000-sq.-ft. warehouse venue a decade ago, is locked in a tense lease dispute with the Port of San Francisco, and has been threatened with imminent eviction. Here's hoping for a happy resolution in the New Year; the alternative would be a terrible loss for the city.

It was a year that saved the best for last, namely "James Tissot: Fashion and Faith," on view at the Legion of Honor through Feb. 9. The show, luxuriant in its pleasures and brimming with life, gave the brilliant, iconoclastic 19th-century French painter a much-deserved and appreciative reappraisal. The experience was all the better for originating at the Fine Arts Museums and in the mind of its intrepid curator, Melissa Buron, a rising star if there ever was one. Tissot is nowhere near as well-known as his contemporary Monet, whose late-life output, splendidly showcased at the Legion, was an avalanche of paradisiacal color. We should all have such a stunning final act.

Photography as a vehicle for discussion and self-validation constituted the core of "The San Quentin Project: Nigel Poor and the Men of San Quentin State Prison" at BAMPFA. A product of an unusual collaboration between Poor, a visual artist and photographer, and the prison's inmates, it provided an insider's view of boredom and brutal violence behind bars at the notorious institution. Larry Rinder, a real treasure, unfailingly generous with his time and knowledge, steps down as director effective March 2020. He'll be missed. 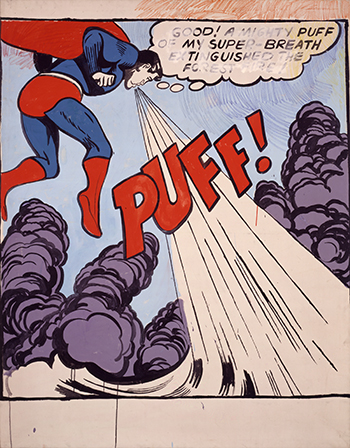 All things great and small: The most bodacious creatures, human and beast, assembled in one place were found in "Early Rubens," but good things came in compact packages, too, especially at SFMOMA, where German artist Johannes Brus delivered a jolt to the jaded in a boutique solo exhibition. Brus advocates the mishandling of photos and working with negatives or prints at night in the bathroom or kitchen to maximize mistakes, accidents, and damage to the medium, thereby enhancing the possibility of small miracles and epiphanies. "Signs and Wonders," up through Jan. 5, contains the chronicle amassed by the adventurous American, French-born archaeologist-photographer John Beasley Greene, who set out for Egypt with his camera to capture its majestic ancient monuments in 1853, when both fields were still young. On the other end of the spectrum, "Andy Warhol: From A to B and Back Again," the museum's epic 40-year retrospective, was enough Warhol for another 20 years. A section that included his early line drawings of Truman Capote, whom he idolized, and flirty, hand-drawn ink illustrations of snazzy, pointy-toed slippers collaged with gold metal leaf was a highlight of the year.

Other high points: Isamu Noguchi's commanding emotional sculptures imprinted the brain and the heart in "Changing and Unchanging Things: Noguchi and Hasegawa in Postwar Japan" at the Asian Art Museum, which also hosted the first-rate "Tattoos in Japanese Prints."

The vibrant, moving 1980s artworks of the late Ed Aulerich-Sugai, the gay painter, activist, gardener and orchid horticulturist at the San Francisco Conservatory of Flowers, who died from AIDS-related complications in 1994. His work, on offer in "With(out) With(in) the very moment" at SFAC's Main Gallery, merged his Japanese heritage and Technicolor dreams.

CJM's "Show Me as I Want to be Seen," which triggered a wave of controversy that won't be revisited here, was a revelatory and unsettling exploration of a path-breaking, gender-bending duo: queer photographer Claude Cahun and her partner in life and art, Marcel Moore (nee Suzanne Malherbe). Rebels and provocateurs to the end that included a set-to with the Nazis, their early-20th-century collaborations produced imaginative portraits of Cahun, who inhabited a moveable feast of personas.

Alexandre Singh's "The Gothic Tale" conjured a fantastical, fatalistic noir universe within a stage-set installation featuring fun-house mirrors, objects from the museum's collection and a short movie about a missing novelist, mistaken identity, doppelgangers and a dose of Wes Anderson and misplaced Hitchcock.

San Jose Museum of Art's "Undersoul: Jay DeFeo" examined a fertile period when the artist departed from gigantic canvases like her towering, 2,300-lb. masterpiece "The Rose" to experiment with photographs and small-scale sculptural paper-collage works that are both delicate and intense.

Biggest let-down: There couldn't have been a better moment for the arrival of "Queer California: Untold Stories" at OMCA, a show that wore its inclusive spirit on its sleeve but came up short. Lacking a coherent narrative, it was both too much and too little, a lot of stuff and not enough substance, though who couldn't dig Sylvester's flashy, blue-sequined jacket and the disco beat in the background? Kick up your heels, honey, here comes 2020.