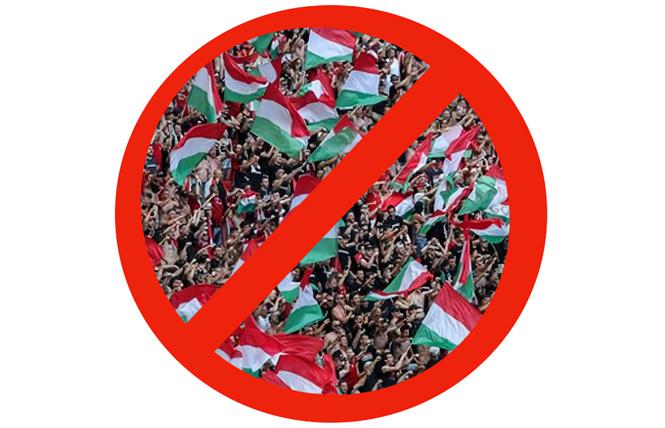 As our extended families gather together for annual (not counting pandemic social distancing breaks) feasts, carefully and respectfully divided into whatever table sections seem most appropriate - adults and kids, smoking and non-smoking, vaccinated/masked and unvaccinated/unmasked - let us bow our heads like a shot putter preparing for a throw to give silent thanks for the blessings the sports world bestowed upon us this year.

Sure, we might be tempted, like Oliver Twist, to ask for more, but having witnessed wretched, corrupt ugliness running things in the beautiful sport for so many years, we'll take what we've got.

After all, we realized soccer's international governing body was spine-challenged when FIFA awarded next year's men's World Cup to Qatar, despite that country's notorious history of human rights abuses and laws against homosexuality. Weird choice for an organization that says it wants to root out discrimination in its events.

The stupidity of that move has been shown in the reluctance of major corporations to sign on to the world's biggest sports event and growing calls for a boycott. It's a stupidity matched only by French and British soccer news media that repeatedly have run pictures of cousins Édouard Mendy (goalkeeper for Chelsea) and Ferland Mendy (a back for Real Madrid) with news stories about unrelated Benjamin Mendy (a back for Manchester), who is awaiting trial on six counts of rape. That's not just stupid incompetence: that's stupid indifference.

Yet we give thanks that the European soccer federation saw fit to order Hungary to play two matches with no fans in the house after racist fan abuse during the 2020 European championship. Lest we get too excited by this indication of possible spine regeneration, we must note that this month the federation reduced that punishment to just one match but, hey, at least there was some gruel in the bowl. And FIFA ordered Hungary to play two World Cup qualifiers behind closed doors and barred fans of the team from an away qualifier for other incidents of racial abuse and violence.

• We also thank the NFL for leaking us so many racist, sexist, and homophobic Jon Gruden emails from years past that not only triggered his resignation as coach of the Las Vegas Raiders following public outcry over his general scumbaggery, but also will likely produce our best chance to learn more about exactly how bad things were in the toxic workplace culture of the Washington Football Team, whose initials are appropriately an anagram for WTF. (The NFL uncovered the emails as part of a workplace misconduct investigation into former Washington president Bruce Allen.)

Not long after Gruden resigned as head coach of the Raiders, he filed a lawsuit against the NFL, saying it was targeting him by releasing his emails with the owner of the league's D.C. franchise in a deliberate attempt to ruin his career and distract from its bungled investigation into the Washington Football Team's workplace culture. As the suit progresses, it is likely his attorneys will subpoena other emails uncovered in the WFT investigation, then use those in his case to show that other people were writing, doing, and saying far worse things that the NFL never leaked.

Since the league concluded its investigation by issuing slap-on-the-wrist sanctions and a tepid summary but never released the report of that investigation, there is the potential that the release of more emails from more individuals will reveal actions of the WFT and NFL that would make Gruden's bigoted views seem pretty tame.

And hey, maybe that can buy a bit more justice to victims of the WFT workplace toxicity and increase pressure on the NFL to make deep changes, not just superficial, PR-driven ones.

Now that's something to be thankful for.

• We are genuinely thankful that Federation of Gay Games voters chose Valencia, Spain to host the 2026 Gay Games. This would be the first time the Gay Games are held in a Spanish-speaking country. Ping-ponging around north European countries and former British colonies has done much to spread the Gay Games movement in those cultures, but it has left Latin America and Africa largely outside the sphere of that influence. Here's hoping the presumptive hosts are able to focus marketing efforts in Africa, Central America, and South America to bring a more diverse, representative, and inclusive group of LGBTQ+ athletes together.

• On a most personal note, I'd like to give thanks to all of the people who have welcomed me into the sports realm the past five decades as I pursued, with widely varying success, my roles of athlete, coach, fan, supporter, organizer, official, activist, advocate, and journalist in a rainbow of disciplines.

Your support, training, and encouragement gave me the strength to survive AIDS, renal failure, and open heart surgery. In another week or so I am scheduled to have an aortic valve replacement procedure intended, knock on wood, to restore needed vitality for my efforts.

The sidelines suck. I want to be back in the arena. For that, I would be exceedingly thankful.

Jock Talk: Behind the decision to postpone Gay Games XI
Sign up!