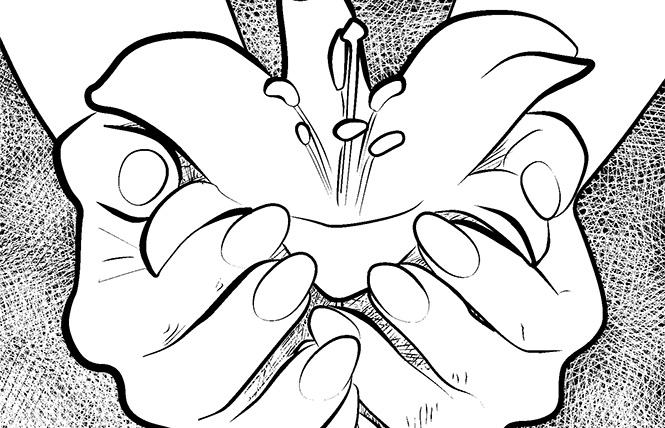 For 22 years, transgender people have gathered near the end of November to honor those lost due to anti-transgender violence over the year for the Transgender Day of Remembrance. What started as a humble memorial has grown into an event observed worldwide.

This year, TDOR will note the passing of 375 people across the world who were killed due to anti-transgender violence, 46 of those being in the United States. I wish I could say those are final numbers, but the rate at which these deaths have occurred tells me that the toll will surely tick upward between the evening I write this, and the day this is published. This is more than one person killed every day — with nearly one death a week in the United States.

The latest as of this writing is Jenny De Leon, a homeless trans Latina from Florida. De Leon is one of four known anti-transgender killings in the Sunshine State this year, following Alexus Braxton, Keri Washington, and Royal Poetical Starz.

Indeed, the last five years or so have seen staggering numbers of anti-transgender killings, particularly in the United States. As has been the case at least since I started tracking anti-transgender murders in 1998, those killed are almost exclusively young Black or Latina trans women.

Back when I started TDOR, it was harder to find reports of anti-transgender killings. The media didn't report our deaths all that often, or would often misgender and use our deadnames rather than our names by which people knew us. We did not have the networks we have today, allowing us to share the news as rapidly as we do. As a result, the number of deaths appeared to rise through the 1990s and early 2000s due to the simple fact that we could find out about deaths that otherwise would have gone unnoticed.

Today, however, I don't believe this is often the case: rather, there may well be a growing number of anti-transgender killings. What's more, while I am still just as horrified by these deaths as I was way back when, I have long since stopped being shocked.

In the last few years, our world has changed. Transgender people, once a curiosity at best, became move visible. We began to show up on television, in the news, in politics, and on Main Street. With that visibility came both a certain level of mainstream acceptance, as well as a growing target by those looking for someone to demonize.

The religious right lost on same-sex marriage and needed a new group on which to focus its moral panic. We were there, and it has found it oh, so easy to rehash every 1970s-era anti-gay argument onto transgender people. Now it is transgender people who are the sexual predators in bathrooms, and who are recruiting others into our numbers. It is a time of Anita Bryant and John Briggs once more. (Bryant led anti-gay crusades across the country, Briggs spearheaded a ballot initiative in California that would have barred gays and lesbians from teaching in public schools. It was defeated.)

Not only is this the deadliest year in terms of anti-transgender violence, but it is also the worst year for anti-transgender legislation being introduced — and being passed — in states across the country. There will surely be more, as well as the possibility of bills pressed at the federal level in future years. It's highly likely that many will attempt similar avenues as Texas' recent ban on most abortions, perhaps even putting a bounty on the heads of our caregivers.

Meanwhile, popular culture, which so recently was getting better on trans representation, has fallen silent; all the while comedians like Dave Chappelle take home fat paychecks from anti-transgender screeds disguised as comedy.

I find it remarkably hard to hold onto hope in these dark times. There is so little out there to be had. Yet I also know I have to. I simply must press on.

For every trans kid who will get their first article of clothing that matches their gender identity, who will see a trans person somewhere and recognize themselves, or who will take their first precious steps out into the world as themselves, I have to hope that they will see a better world than this one.

I have to hope that, for all the hatred out there focused at us, there is still room to overcome it. I have to believe that the more people see us and learn about us, the ignorance that sits behind the hatred will diminish.

More than anything else, I need to clutch onto the hope that people will see us as humans, worthy of life. That the hundreds who have died worldwide, as well as the dozens in the United States, will not have died in vain.

This year, this Transgender Day of Remembrance, I ask for one thing: be there for each other, and hold space for all — both those we've lost, and those who remain.

Gwen Smith wishes every TDOR will be the last. You'll find her at www.gwensmith.com