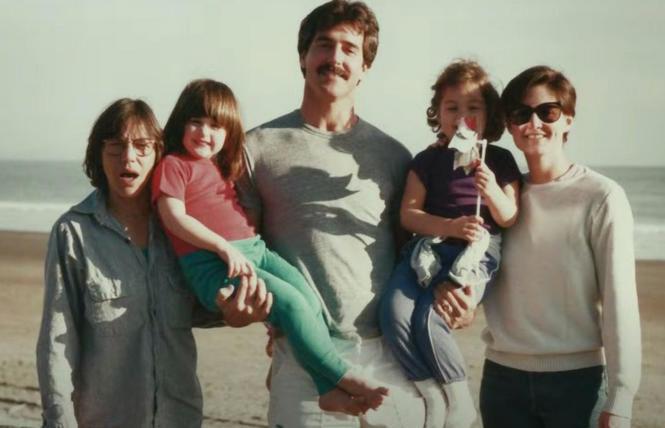 Happy LGBTQ History Month, everybody! How better to celebrate than with some compelling new queer history? Amazon Prime, HBO and Netflix have some superb new offerings.

Nuclear Family
It is impossible not to love HBO's amazing three-part documentary series Nuclear Family, even as you sob through at least half of it. It's history, it's personal journey and it tells a provocative and utterly stunning story of one family and the legal battles that were necessary to allow that family to exist.

Filmmaker Ry Russo-Young documents her personal history and that of her parents—two lesbian mothers rocking convention in the 1970s as part of their own love story. Why, this deeply loving lesbian couple asked, couldn't they have children and build a family like their heterosexual peers? Ry and her sister Cade were born via insemination from two different sperm donors.

The simplicity of the story belies the shocking turn events take. the younger daughter of Sandy Russo and Robin Young, Ry became the focal point of a groundbreaking custody suit when Thomas Steel, the man who had donated the sperm for her conception into an artichoke hearts jar, sued Russo and Young for visitation and full parental rights. 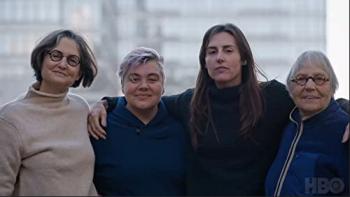 The legal battle began when Ry was 9 and ended when she was 13 and the court found in Steel's favor. Ry details the threat the lawsuit was to her and her family.

This riveting story upends everything we knew/know about the meaning of family and who and what makes a family. It also explores what it is like for a child to feel her family and sense of family is threatened.

HBO writes that the docuseries addresses the Russo-Young family "from its origins in outlaw counterculture, to the mainstream court system's attack on and ultimate defense of Ry's and her moms' rights and existence, ending in a landmark legal decision that would change the way LGBTQ+ families were perceived forever."

There is so much in this series about how we view the people closest to us, how falling in love with a child can make us make heartbreaking mistakes and how hard we have had to fight to define our queer families in a straight and deeply misogynist society that devalues women, over-values men and makes no space for LGBTQ autonomy.

With archival footage, interviews, home movies that veritably scream "idyllic childhood" and a strong narrative thread throughout that tells a story of queer history as well as familial conflict, Ry Russo-Young's docuseries is a deeply emotional journey and some very fine filmmaking.

My Name Is Pauli Murray
Pauli Murray is the most important Black gender queer activist you never —or only vaguely— heard of. A poet, essayist, legal scholar, Civil Rights and feminist activist, attorney and priest, Murray was born in 1910, died in 1985 and lived a life so full and consequential it honestly takes one's breath away. Murray's story is detailed in the new Amazon Prime original documentary, My Name Is Pauli Murray, which debuted Oct. 1.

Words like iconoclast and pioneer are wildly overused, but Murray was both. She was breaking the color barrier on public transport years before Rosa Parks. Her legal concepts were so brilliant and forward-thinking, that the great Thurgood Marshall used them as a predicate and later Ruth Bader Ginsburg partnered with her.

Murray was close friends (but not lovers) with Eleanor Roosevelt, was appointed to John F. Kennedy's Presidential Commission on the Status of Women, was a co-founder of NOW (National Organization for Women) and was also the first Black woman ordained in the Episcopal Church. 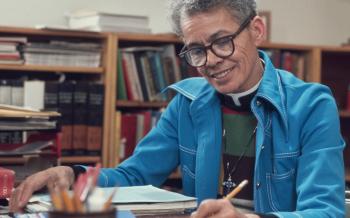 She wrote her first memoir working alongside James Baldwin at the MacDowell Colony. Yale recently created Pauli Murray College, making Murray the first Black and LGBTQ person to have an institute named for them.

Throughout this extraordinary life, Murray was also struggling with her lesbianism, gender dysphoria and trans masculine identity and was in a relationship with another woman, Irene "Renee" Barlow, for decades.

Directors Julie Cohen and Betsy West previously made the Oscar-nominated documentary RBG. That is when they discovered Murray. As West explained in an interview in January, "Ruth Bader Ginsburg had written 'Pauli Murray' on the front cover of her first women's rights brief before the Supreme Court to give credit for the idea she'd be arguing."

In 1965, Murray had written a law journal article in which she asserted that the 14th Amendment could be used to protect gender equality. It would be a foundational idea for Ginsburg. (That article was also the predicate for Marshall to argue Brown v. Topeka Board of Education.) "People talk about Jim Crow," Murray wrote, "well, I'm dealing with Jane Crow."

My Name Is Pauli Murray is the result of that revelation for the directors while researching Ginsburg and RBG was the first person the directors interviewed for their documentary. RBG calls Murray "feisty."

There's a lot in My Name Is Pauli Murray. Some might argue there's too much. The film's 91 minutes is stuffed with data and interviews and remarkable clips of Murray herself, which are, truly, the best part of the film as Murray is, like her work, larger than life. As Murray notes in the film, "What I say very often, is that I've lived to see my lost causes found."

My Name is Pauli Murray also tells the love story between Murray and Barlow, who met at the law firm at which they both worked. There are bits and pieces of love letters in the film.

There is also a lot about Murray's gender confusion and struggles with whether she was a man or a woman, all of which is frankly heartbreaking. One aches for Murray to have had access to other gender nonconforming, non-binary and trans people in her time, as well as lesbian-affirming people. Murray had so much personal conflict over sexual orientation and gender identity, it caused fairly constant emotional distress.

While a more uneven execution than RBG, My Name Is Pauli Murray is riveting because Murray is so compelling. Complex, complicated and essential, Murray is an icon for our time and ahead of her own.

Clickbait
Clickbait is the most binge-worthy series we've watched in a while. A Netflix original by gay director and producer Tony Ayers, it is currently number one on Nielsen's streaming rankings, as it should be. We wanted to watch this entire series in one sitting, it was that compelling.

The storyline seems simple enough: Nick Brewer (Adam Grenier), is a white man married to Sophie, a Black woman (Betty Gabriel). They have two kids and there is a lot of familial conflict. Out of nowhere, Nick gets abducted as he is biking to work. The kidnapping is posted online and the horror—and mystery—begins. 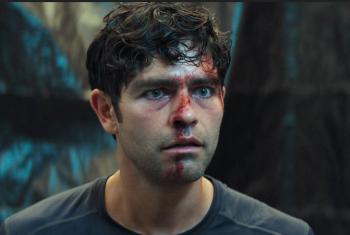 The series is told from various vantage points that include Nick's sister, Pia (Zoe Kazan), Sophie, older son Ethan (Camaron Engels), the detective, Roshan (Phoenix Raei) who is Muslim and the reporter, Ben (Abraham Lim) who broke the kidnapping story, who is Asian and gay.

Clickbait out-Rashomons Rashomon and literally nothing is as it seems. The ending is so startling, you will have to resist (or not) rewatching for clues you missed. Everyone has a secret or more. There is a strong queer thread as well as discourse on race, misogyny, #MeToo and who gets to be a victim. It's stellar and the acting is pitch perfect, as is the directing.

Tidbits
Finally, there are a slew of new shows dropping throughout October. Ones you'll want to see are Chucky (Oct. 12, SyFy and USA), The Sinner (Oct. 13, USA) and Project Runway (Oct. 14, Bravo). Freeform is also doing 31 Nights of Halloween, so check your listings for fun scary stuff there.

PBS's new season of the 1960s period piece series Grantchester, which began Oct. 3, features a plot in which curate Leonard Finch is blackmailed for being gay by a spurned lover who has photographs. And the Food Network has Halloween Wars.

From history to horror and all that's in between, you know you really must stay tuned.