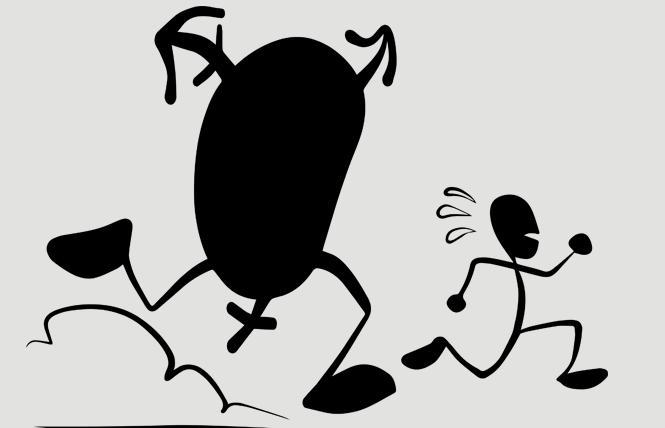 There are many who seem shocked with the rapidity that some transgender and nonbinary people will transition. To them, it seems like overnight someone will go from coming out to a whole new visible presence. Physical changes will be sought in what seems like a blink of the eye.

As a result, people can feel that their enby or trans friend is making a rash decision, as if they just one day decided to transition and are going full bore without clearly thinking through the ramifications of these changes.

This attitude is at the heart of things like the largely discredited Rapid Onset Gender Dysphoria, or ROGD, theory that claims transition is some fad that people undertake shortly after first hearing about transgender people on the internet. Indeed, a lot of anti-transgender arguments center around trying to protect people — usually women and girls — from being seduced by the machinations of "transgenderism" foisted on them by those who do not have their best interests in mind. Usually, this is due to shadowy cabals led by "Big Pharma" that apparently reap huge piles of cash from largely poor transgender people who are buying generic, mostly low-cost drugs.

There are some leaps of logic at play here.

I don't often choose to share a lot of my personal history. I have a rather large bookshelf full of trans-related books, and a large chunk of those are autobiographical, ranging from Earl Lind's "The Female Impersonators" from 1922 through a fertile territory of pulp memoirs from the 1960s to today's much more personal texts that blend our histories with our politics and identity. In these, you'll often find shards of my own tale, meaning that adding mine seems redundant.

This time, however, I am going to share quite a bit of my history, just to illustrate just how rapid my own transition was.

It was 1970 or so when I first knew something wasn't right. I was 3. The moment was innocent enough: I couldn't understand why I could not have Mary Jane shoes like other girls. I asked my mom for some, and she made me a deal: if I learned to tie my Hush Puppies, I could have a pair. I learned that day — and yet she never bought me those Mary Janes.

When I was 7 or so, right around 1974, I remember riding with my parents in their Dodge Dart one evening. On the AM radio crackled a call-in therapist-type show. The mother of a trans woman had called in, trying to grasp their adult child's transition plans. This was the moment I knew. I can recall that moment as if it was right now, the light of a mostly-full moon coming in the side of the car, the musty scent of an interior already 10 years out of date. I felt like I was struck by lightning, as if some deity had descended from Olympus itself and gifted me with ancient wisdom.

Meanwhile, my folks were in the front seat, talking about how hard that must be for the parents. I don't believe they were speaking truth to their own fears about their own child, but it could well be possible. Regardless, intentional or not, the message was clear. I could do nothing without causing intense turmoil for my parents. I was still young enough that this very much mattered.

So, in one single instant, I discovered that I now had a terrible secret, one I could never share. This messed me up for a long time. I went through years of binge and purge cycles, all that, and repressed so hard I made diamonds out of my psyche.

Four years later, in 1978, I made a New Year's resolution: I would never again think I was a girl. This lasted mere days. It was the last time I ever made such a holiday commitment. By 1980, as I edged into my teen years — and puberty — I began to deal with suicidal ideation. I won't dwell on this, but to say that these were difficult, confusing times.

Meanwhile, I tried my best to be what I thought a boy was. I wasn't all that good at it, but I was hoping all the while that I passed. That people would believe my performance. Mostly, I was trying to convince myself.

I had found scant resources about transgender people, much of which focused on either freakish aspects or overly sexualized ones. Even as some of these showed me the possibilities, they still helped push me deeper into my own closet. I eventually managed to claw myself out of that place, and found some decent resources. That was around 1991 or so — nearly two decades after I first knew that transition was ever possible. Things moved quickly then, with me coming out in 1992-93, and transitioning in earnest in 1994-95.

To those around me, this all happened so fast. Many did wonder if I had thought this all through. Some questioned what was causing this. People worried I would regret my decision to transition. Basically, it was the same arguments you will hear today.

The thing is, those of us who are trans or nonbinary will have had decades leading up to our coming out, where we have tried to fit in, where we have repressed our feelings, where we have sought to be exactly what everyone else thought we were.

For us, this is nothing new and nothing rapid.

Gwen Smith has plenty of shoes now. You'll find her at www.gwensmith.com