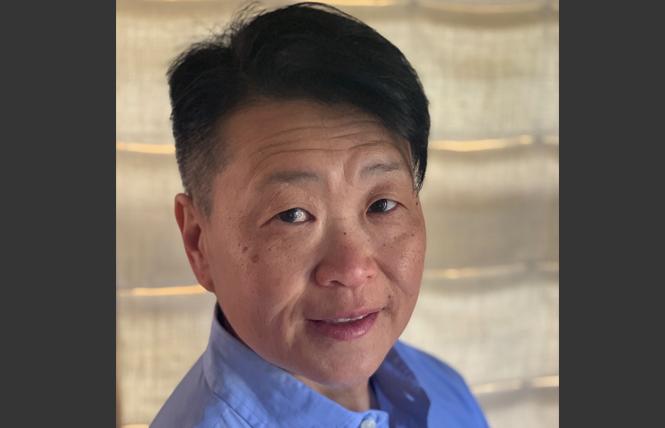 San Francisco attorney Angela G. Lim has been elected to serve on the board of directors of Lambda Legal Defense and Education Fund, the national LGBTQ public interest legal organization based in New York City. Lim, a lesbian, is vice president of legal and deputy general counsel at Viz.ai Inc., a software company focused on digital health.

"The work of Lambda Legal, from litigating for the freedom to marry to fighting discrimination in employment, health care, and education, makes an enormous impact on people's lives," Lim stated in a news release. "I'm thrilled to be part of an organization that is advocating equality both in the courts and in statehouses across the country."

As deputy general counsel at Viz.ai, Lim is involved in using artificial intelligence to help detect strokes. She is a graduate of the University of Texas and the University of Houston Law School. She currently serves on the board of the National Asian Pacific American Bar Association and has co-chaired the group's LGBTQ network. Lim also served on the board of Bay Area Lawyers for Individual Freedom, the local LGBTQ bar association.

"We are excited to welcome Ms. Lim onto Lambda Legal's board," Lambda Legal CEO Kevin Jennings stated. "She brings unique talent and energy that will help us continue our work to advance and defend civil rights for LGBTQ people and people living with HIV."

The meeting is being held to capture community-specific data that will help commissioners respect community boundaries when drawing district lines, as is mandated by the state's line drawing criteria. Historic LGBTQ neighborhoods are considered to be communities of interest that should be kept intact as much as possible in the various state Assembly and Senate districts and congressional seats.

When the commission begins drawing maps using census data, it will need to follow various criteria, including being equal in population, compliance with the Voting Rights Act, and minimizing the division of counties, cities, neighborhoods, and communities of interest to the extent possible.

During the meeting, participants will be asked to describe their community and be encouraged to highlight the following: county or city, street names and significant locations in the neighborhood, shared interests, and nearby areas people desire or don't desire be included in the district.

For more information about the redistricting commission, click here.