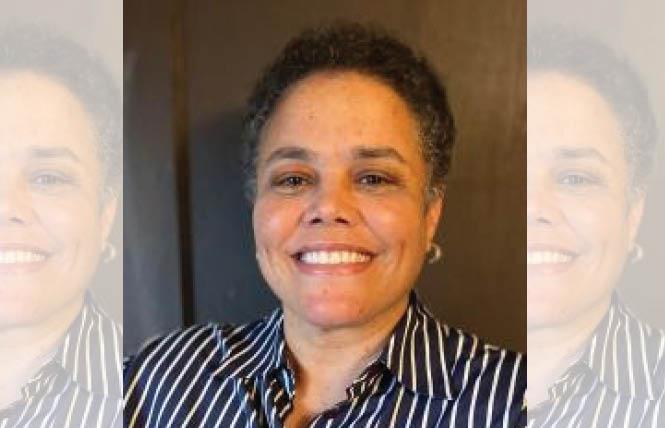 Governor Gavin Newsom has named a queer judicial aide to a vacant seat on the Alameda County Superior Court. Kelli M. Evans will fill the vacancy created by the retirement of Judge Thomas C. Rogers from the East Bay bench.

The Oakland resident had served as a special assistant to former state attorney general Xavier Becerra from 2017 to 2019. She had left her position as senior director for the administration of justice at the California State Bar to join Becerra's staff.

She was one of 19 Superior Court judicial appointments around the state that Newsom announced Friday. His press office did not immediately respond to the Bay Area Reporter's request to interview Evans about her appointment.

According to a story two years ago in the Los Angeles Blade about Newsom's gubernatorial LGBTQ staff members, Evans married her college sweetheart, Terri Shaw, and the couple has a now-18-year-old daughter, Kaden. Evans told the LGBTQ newspaper that she has "deep appreciation to my grandmother who raised me and to all those who came before us who made it possible for a queer Black girl from the projects to be where I am today."

Once she takes her judicial oath of office Evans will be the ninth out jurist on the Alameda County Superior Court, which has the most LGBTQ judges of any county in Northern California. It is based on the latest demographic information about the state judiciary, the results of a judicial race last November, and Newsom in December tapping a gay law clerk for a court vacancy.

Gubernatorial appointee Judge Keith Fong joined the Alameda court March 1, as the B.A.R. previously reported. His swearing-in ceremony followed that of lesbian Judge Elena Condes, who was elected last year and took her judicial oath of office in January.

"I became a lawyer to protect and advance civil rights and liberties," Evans told the Blade. "I've had the good fortune of being able to do so while working in non-profits, the private sector, and government. It is an incredible privilege to be part of harnessing the power and authority of government to try and make the California dream a reality for everyone."

Newsom also appointed Stephanie K. Sato, 45, an administrative law judge for the California Unemployment Insurance Appeals Board, to the Alameda County Superior Court. A Democrat and resident of Alameda, Sato fills the vacancy created by the retirement of Judge Armando G. Cuellar.

Out judge, councilwoman take oaths of office in East Bay
Sign up!