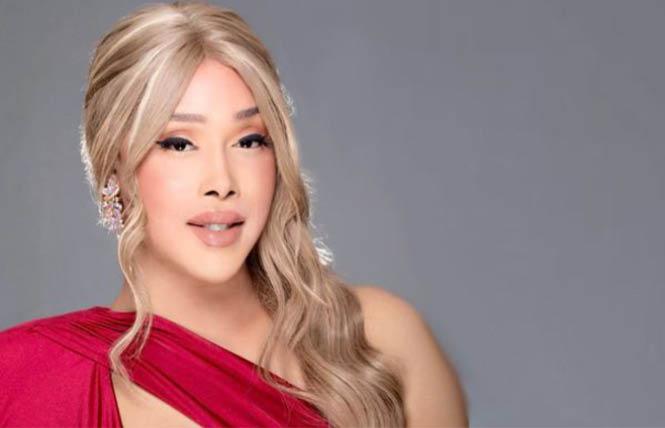 Breanna Sinclairé fled from a conservative, religious, sometimes-abusive family in Baltimore, moving west in her late teens to study vocal performance at California Institute of Arts and later at the San Francisco Conservatory of Music. She made history as the first trans woman to sing with the San Francisco Symphony in 2018 and to sing the national anthem at a professional sporting event — a baseball game between the Oakland Athletics and the San Diego Padres in 2015.

At 29, Sinclairé was prepped and eager to make her professional operatic stage debut in Toronto last year when COVID derailed those plans. As California eases its pandemic restrictions, her June 20 solo recital in San Francisco's esteemed Old First Concerts series will be among the first wave of public, indoor, live-audience performances in the city since March 2020. At Old First, Sinclairé will sing opera arias, art song, and musical theater works in a hybrid performance limited to 100 in-person audience members and livestreamed starting at 4 p.m.

It's been a long road. On this week's Out in the Bay broadcast and podcast, Sinclairé recounted some of the hardships she has had to overcome. Her love of music — encouraged by her grandmother at an early age — also comes through loud and clear, as does her extraordinary singing voice.

As a high school student pre-transition, Sinclairé's father did not approve of her attending Baltimore School for the Arts. "He specifically said to me, 'I do not want you hanging around with those faggots,'" said Sinclairé, who also detailed some of the abuse she and her mother endured from him.

"When I put my hand on my hip, or my wrist was limp, he would smack my hand and say 'Act like a man, speak like a man, put some bass in your voice.'" He sometimes beat her. "I would bleed and have welts because he believed in beating the gay away."

In her junior year at CalArts, she went to New York to study with a highly-rated voice coach. She said things were going well until she told him she was transitioning. All communication from the coach ended.

Then the straight male roommate of the friend Sinclairé was staying with told her friend he wasn't comfortable with her living there. She came home one day to find her belongings in the trash.

She was out of money and homeless for about four months. "I slept in subways, in Central Park, on the street. I went to 24-hour cafes to connect to folks via email. I struggled with abuse," she said. "I really thought my life was over."

Luckily, one day Sinclairé met a kind man in a convenience store who spoke with her, heard her situation and paid for her airplane ticket back to California to finish her studies.

She's done so and then some, to put it mildly. Even before earning her master's degree from the SF Conservatory of Music, her four-octave range enabled her to sing parts from bass to mezzo-soprano. Then she studied with Sheri Greenawald at the San Francisco Opera, whom Sinclairé credits with pushing her further.

"Now I'm a lyric soprano, so now I'm singing to the stratospheres: high Cs, Ds, and it's just easy." She said "O Mio Babbino Caro" from the opera "Gianni Schicchi" by Giacomo Puccini was her first lyric soprano aria. "Every time I sing it — it sounds corny — I get very emotional, because that was a huge transitional period for me in my operatic development."

Hear Sinclairé sing "O Mio Babbino Caro" and two other arias, and more about her life and love of music, on this week's Out in the Bay — Queer Radio from SF. The program re-airs at 9:30 a.m. Saturday, June 5, on KSFP, 102.5 FM in SF only, and is available anytime, anywhere on Out in the Bay's website. Out in the Bay also airs at 10 p.m. Tuesdays on KALW, 91.7 FM throughout the Bay Area.

Eric Jansen is founding host of Out in the Bay — Queer Radio from San Francisco. Learn more and listen at https://www.outinthebay.org/