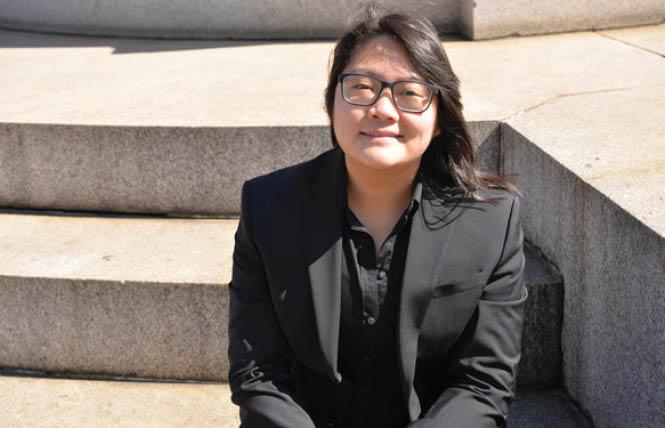 The National LGBTQ Task Force is starting its third annual sex-ed leadership project this week to help teach advocates at the local level how to push for policy changes.

The project will consist of 10 virtual sessions and is designed for people aged 15-28. Sessions begin March 3 at 3 p.m. Pacific Time.

Signing up was free, but the ability to apply to be part of the cohort has closed, according to Taissa Morimoto, a queer person who is leading the sex-ed project and who is a senior policy counsel with the task force.

"We have about 30-40 people participating this year throughout the nation — and one person outside the U.S., which is exciting," Morimoto told the Bay Area Reporter February 24. "They are tuning in from Ireland."

Morimoto said that the COVID-19 pandemic has altered both the structure and focus of the project from past years.

"It's completely changed it," Morimoto said. "In some ways, it has given us an opportunity to improve what we've done."

The first two projects took place in Michigan and Texas.

"In both years, we had a great group of six to 10 LGBTQ people," Morimoto said. "Particularly in the past two years, it was very focused on hosting and coordinating statewide campaigns led by people in the cohort. This year, it's all virtual. Last year we had to scramble to make it all virtual."

The project this year will have a more general outlook, focusing on "leadership and organizational skills through a kind of course," Morimoto said.

"I hope people at the end of it will be better equipped to talk to lawmakers in their own communities, to have better sex ed wherever they may be," Morimoto added.

A session on Storytelling for Change, presented by Rachel Hill, the community outreach and engagement manager for Equality Texas, will go over best practices on personalizing policy, or "how to tell a story effectively to policymakers and to decision makers," Morimoto said.

"We know what comprehensive sex education looks like," Morimoto said. "It centers LGBTQ people, people of color, and people of different backgrounds. I'm excited that this program meets people where they are at and allows them to advocate for what they think is winnable and passable."

Morimoto couldn't speak to particular policy victories in the area that came out of past years' programs but is hoping that will change this year, with participants located nationwide.

"This year [is] so focused on movement-building and advocacy," Morimoto said. "I think in past years, we've been focused on expanding the understanding of the needs of our community for people. I'm hoping the shift for this year will be on that aspect."

One previous participant said they learned a lot.

"I joined the sex-ed program in Texas to gain more insight into the issues present in health education," Bryant (whose last name was redacted by the task force, citing privacy purposes because they are a minor), who'd been involved in last year's sex-ed leadership project, stated in a news release.

"The program helped me be a better advocate for people in every direction, but it also gave me creative control to express myself in a way I've never done before," they added. "I got to be surrounded by a group of amazing friends that I could be open and honest with, and I felt heard in their presence. I'd recommend anyone to give the program a shot and see what is in store for them. It is a difficult process, but incredibly rewarding. I'd do it all over again if I could."

The National LGBTQ Task Force, which was founded as the National Gay Task Force in 1973, is headquartered in Washington, D.C. According to its IRS Form 990 from Fiscal Year 2018-2019, the most recent that is publicly available, the nonprofit had total revenue of $5.2 million that year, and total expenses of $6.9 million.