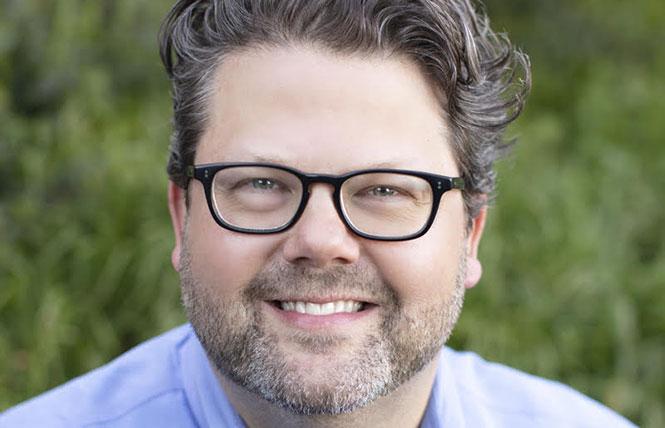 On February 9, the 25th anniversary of my first date with my husband, the San Francisco Board of Education considered my nomination to join the volunteer Parent Advisory Council. The PAC's mission is to engage families to help shape education policy and represent parent voices in the district's decision-making process. As an active volunteer in my daughter's elementary school for the past several years, and the executive director of a youth-serving nonprofit, I was eager to join the PAC to help connect more parents with the work of the San Francisco Unified School District, and to work to increase collaboration and communication between, and among, parents and the school district.

When the appointed hour arrived, I set my laptop on my TV tray and turned on my camera. And then I sat there, Zoom-muted for two hours, as this group of seven educational leaders, themselves responsible for the education of more than 50,000 schoolchildren, discussed my candidacy and whether I, and the various identities that were assigned to me during the discussion, would bring enough diversity to the all-female committee that does not include any LGBTQ parents and has eight current vacancies. I was never invited to speak, answer a question, or even state my name for the record. The board ultimately decided, after consulting with SFUSD's legal counsel, to table my nomination.

The board devoted precious time to a misguided and meandering discussion of a single candidate for a parent volunteer group at the expense of other critical action items on the agenda. While I fully support the goals of increasing diverse representation on advisory and governing bodies at SFUSD, my nomination to the PAC and the ensuing discussion was mishandled and one-sided. This board clearly does not see the urgency of LGBTQ parent representation. Indeed, my nomination may have been controversial because of my ongoing advocacy work for the safe reopening of San Francisco public schools. Rather than focus all its resources on the process of reopening schools safely, the Board of Education repeatedly fails to prioritize this most urgent issue. Last Tuesday was no exception.

San Francisco's public schools remain completely closed for in-person learning. Our school district is being sued by our very own city attorney for failing in its state constitutional and legislated obligations to provide the education our children deserve and our families need. Instead of rapidly bringing back elementary school students, such as nearly all of the independent and parochial schools in San Francisco have already done, there is now limited hope that even six weeks of in-person learning might be offered to a few thousand of the district's youngest and most vulnerable students before school lets out in early June. And currently under consideration is a district labor agreement that would extend pandemic teaching and learning modifications through the 2021-2022 school year (with as little as two days per week, mornings-only in-person instruction), and that would quite possibly delay bringing students back to full-time school until fall of 2022.

Despite this educational emergency, the board's discussion of the return-to-in-person learning plan came up a full seven hours into last Tuesday's meeting. By the time the board began to discuss reopening at 10 p.m., many of the families most affected by the board's deliberations had long since logged off, put their kids to bed, and gone to sleep. This frittering away (again) of our collective time and focus was, in the resonant words of gay Supervisor Rafael Mandelman, "educational malpractice."

During the pandemic, my daughter has had amazing educators working on overdrive to try to accomplish the impossible: teach elementary school to children across a videoconference, for hours on end, day after day, week after week. These dedicated teachers and staff have been creative, resilient, organized, kind, focused, caring, and professional. These good people deserve better district leadership.

As to whether I'll continue as a candidate for the PAC, that remains to be seen. The intent and impact of the individual and collective actions of our school board members at Tuesday's meeting still require redress. Harm was done (again) at last week's meeting, more to SFUSD students and families, and the citizens of San Francisco, than to me. As we educators teach our students, we have to acknowledge and repair the harm before we can move toward a renewed, right relationship.

The absurdity of Tuesday's meeting has garnered the attention of international media, including a reported invitation to appear on "The Daily Show" with Trevor Noah. As exciting as it might be for me to be interviewed on his show, this is not about him — or me. This is about our families, our city's kids, and San Francisco's future. I implore the Board of Education to repair the harm they are doing and safely reopen our public schools. It's been 341 days ... and counting.

Seth Brenzel is an educator, a nonprofit leader, sings tenor with the San Francisco Symphony Chorus, and has lived in San Francisco for the past 21 years in the Bernal Heights neighborhood.