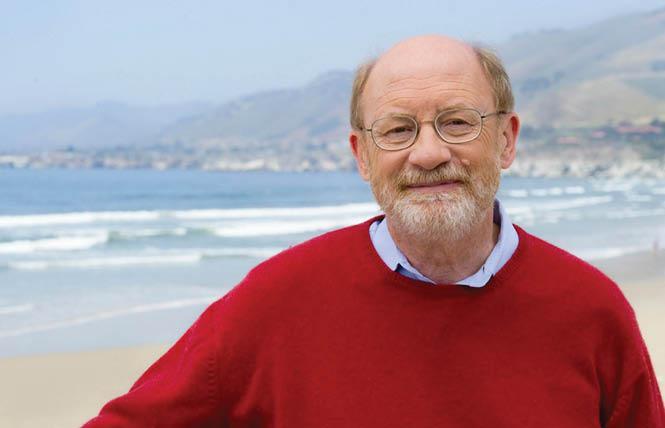 As long as they have negative COVID test results, California legislators will be returning to the state Capitol Monday (January 11) to get back to work as the pandemic continues to rage in the Golden State. Like it did last year, the health crisis will dominate the 2021 legislative session.

Playing lead roles this year will be the eight members of the Legislative LGBTQ Caucus. Returning as president pro tempore of the Senate is lesbian Senator Toni Atkins (D-San Diego), who has led the legislature's upper chamber since 2018.

She will be chairing the Senate's rules committee and serving on the Legislature's Joint Committee on Rules. As for the Senate's three other out members, Atkins appointed them to high-profile committees this year.

Returning as the upper chamber's housing committee chair is gay Senator Scott Wiener (D-San Francisco). He has been a vocal advocate for increasing the construction of housing across the state and blocking city councils from being able to reject housing developments that adhere to local zoning rules.

His pro-development positions have found Wiener attacked both by affordable housing advocates and opponents of dense development in suburban communities — fights sure to continue this year. With countless Californians at risk of losing their homes because they can't pay their rents or mortgages due to losing their income during the pandemic, providing relief to renters and homeowners alike will also be a major focus for state lawmakers this year, who have already moved to address the issue both legislatively and in the state budget.

"So much work lies ahead to address California's housing crisis, and we must act quickly and boldly to create more housing, keep people stably housed, and help our homeless neighbors transition into housing," stated Wiener last month when the committee assignments were announced. "California was experiencing skyrocketing rates of homelessness and displacement before COVID-19, and the pandemic has made a bad situation worse. More abundant and affordable housing is key to California's recovery and long-term success."

Wiener will also serve as a member of the Senate's public safety; judiciary; governance and finance; and health committees.

Lesbian Senator Susan Talamantes Eggman (D-Stockton) will be chairing the Senate's budget subcommittee #3 on health and human services and serving on the budget and fiscal review committee. She will also serve as a member of the agriculture and natural resources and water committees, two key issues in her Central Valley district.
The former Assemblywoman, elected to her Senate seat in November, will also be a member of the business, professions, and economic development; energy, utilities, and communications; health; and military and veterans affairs committees. Eggman, who grew up in the East Bay's Castro Valley, served in the U.S. Army.

Serving with Eggman on the natural resources and water committee will be newly elected gay Senator John Laird (D-Santa Cruz). He formerly served in the state Assembly until being termed out in 2008 to then join the administration of former governor Jerry Brown as the state's secretary for natural resources.

Laird will chair the Senate's budget subcommittee #1 on education and be vice chair of the Joint Legislative Audit Committee. He will also be a member of the appropriation; budget and fiscal review; judiciary; and labor, public employment, and retirement committees.

In an interview last week with the Bay Area Reporter, Laird remarked on the unique legislative session that awaits the lawmakers this year. Having been sent a COVID test kit, he planned to take it early Monday morning to ensure it was safe for him to return to Sacramento.

"If I test negative, I can get in the car and go up to Sacramento. It is totally crazy," he said.

Assembly assignments
The four out members in the Assembly were also given prominent committee assignments this year by Speaker Anthony Rendon (D-Lakewood). Gay Assemblyman Evan Low (D-Campbell) will chair the business and professions committee in addition to serving another term as chair of the Legislative LGBTQ Caucus, with Eggman serving as caucus vice chair.

The married mother of triplets is chair of the jobs, economic development, and the economy committee. Cervantes is also a member of the banking and finance, and public employment and retirement committees.

In a signal that the freshman legislator, at age 25 the youngest state lawmaker since 1938, is one to watch, Lee is also serving on the important budget and rules committees. He is also a member of the budget subcommittee #2 on education finance as well as the education, and privacy and consumer protection committees.

"As a representative of the Bay Area, these issue areas are top priorities for my constituents," stated Lee. "I'm thankful to Speaker Rendon that I'll get to be in these decision making spaces and continue the fight for our children's futures, housing and transit for all, and hold corporations accountable."

As a NUMTOT, short for New Urbanist Memes for Transit-Oriented Teen, and member of a Facebook group dedicated to new urbanism and public transit, Lee stated he is particularly honored to be serving on the transportation committee.

"I'm all on board for more bike, bus, and rail service for California," Lee stated, adding of all the policy areas he will be focused on this year, "COVID-19 has given a new sense of urgency to these issues, and tackling these issues will require new, creative solutions."

Due to the Martin Luther King Jr. holiday the Political Notes column will return Monday, January 25.