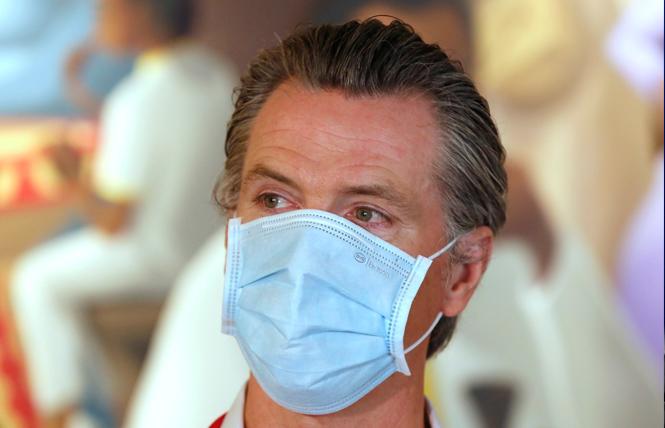 We are several weeks into COVID-19 vaccine distribution and the pace is woefully slow in California. Governor Gavin Newsom acknowledged Monday that only about 35% of the vaccine doses that arrived in the state have been administered so far, which he said was "not good enough." According to the Los Angeles Times, Newsom has pledged $300 million in the 2021-22 budget for vaccine distribution, but that money won't be available for months. According to Bloomberg News, the Golden State's vaccinations lag behind every other large state, using just 28.1% of distributed doses, below the national rate of 33.1% (which isn't great either). Texas, of all places, is at 40%. Overall, California ranks 41st out of the 50 states — not even close to where we should be.

To be clear, it's not just California that is experiencing problems. The Times reported that the issues are due in part to layers of federal, state, and local rules governing how health care providers prioritize patients and administer vaccines. The lack of coordination traces all the way up to the Trump administration and the president abdicating his job as his days in office tick down. But the state is also to blame, as California has received just under 1.3 million vaccine doses but has only vaccinated about 454,000 people. Meanwhile, doses sit in storage as more COVID cases are reported. (San Francisco, to its credit, has seen some 80,000 health care workers vaccinated by their employers and 90% of the residents at Laguna Honda Hospital, Bay City News reported.)

Newsom has promised to get more aggressive in the vaccine rollout, but he must act now. While the state was able to suppress the virus early on, that has now completely evaporated with record numbers of cases reported daily. The Times reported that Matt Willis, public health officer for Marin County, said that the state issued what amounted to a "course correction" to give local health departments more latitude to broadly vaccinate health care workers instead of following earlier state guidance to prioritize primary care clinics over specialty clinics, for example. Meanwhile, Dr. Mark Ghaly, California's Health and Human Services secretary, said the state is working to clarify that vaccine doses don't go to waste.

All in all, the sluggish rollout of COVID vaccines reminds us of the disaster that was — and remains — testing for the virus. Right now, Color, the lab doing testing in San Francisco, is "experiencing high demand" for tests, the city's website states. Those with health insurance are supposed to go through their physician. Last fall, testing at the city sites was open to anyone, with or without symptoms, and there were no wait times on some days. That's how it should be all the time, until everyone can get vaccinated.

It's clear that leaders need to implement a focused, concentrated effort to get these vaccines to people. Of course, if Trump had prepared for that in the beginning of the pandemic, we probably wouldn't be in this situation now. But here we are, and Newsom needs to take command of the situation because it's up to state leaders to determine how their doses are administered. Yes, we know the crazies want to recall him and he needs to pay attention to that. But he needs to step up, develop a plan, and stick to it. The state also needs a massive public education campaign about vaccine safety. Just this week a pharmacist in Wisconsin allegedly tried to ruin 57 vials of the Moderna vaccine (enough to inoculate 500 people) because he thought they would manipulate people's DNA. As the Associated Press and many other outlets have reported, misinformation about the COVID vaccines has flourished online, with social media companies unable to keep up and remove inaccurate posts. Leaders should have anticipated this would happen; anti-vaxxers have been alive and well on Facebook and other platforms for years, even though their conspiracy theories have been debunked again and again.

At the rate vaccinations are going, one doctor suggested last week on CNN that it would take 10 years to get everyone inoculated. That is obviously unacceptable and immediate improvements must be made both here in California and across the country.