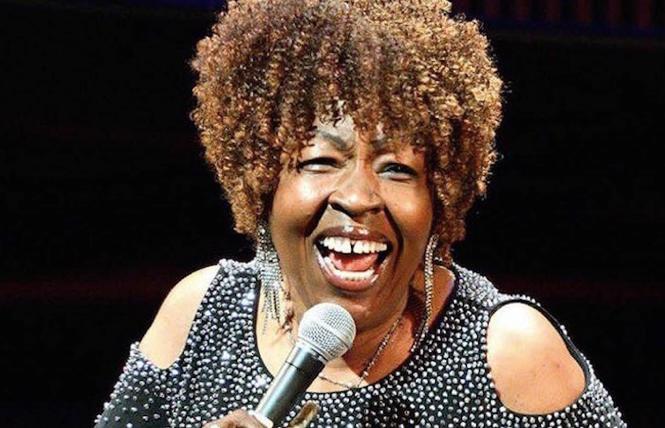 Miss Faye and her slammin' trio will showcase her own inimitable renditions drawing from the work of these pioneers in music from the last 100 years.

The concert will feature a special guest appearance from celebrated poet and multidisciplinary artist Avotcja and the debut of a new collaborative video with Miss Faye and Oakland School for the Arts' award-winning youth a cappella ensemble Vocal Rush. The event is supported by the East Bay Fund for Artists at the East Bay Community Foundation.

"This is a project that is near and dear to my heart in many ways," said Carol in a press statement. "A good portion of my career in the 1970s and '80s was spent singing in the vibrant and flourishing cabaret clubs of the Castro District and San Francisco's greater LGBTQ+ community; places like Caracole, Fanny's, The Plush Room, & QT's. This community welcomed me with open arms and what started out as new gig with new fans turned into much more than that. The community became my friends and family and some of my longest and dearest relationships to this day. "

After beginning her career with gospel music, Faye Carol made her name singing with Oakland blues and funk legend Johnny Talbot & De Thangs before forming her own trio and gaining fame in San Francisco's jazz, blues, and cabaret clubs of the 1970s and 80s. She has shared the stage with Marvin Gaye, Ray Charles, Pharaoh Sanders, Joan Baez, Albert King, Bobby Hutcherson, Sister Rosetta Tharpe, Buster Williams, Azar Lawrence, Steve Turre, Henry Butler, Charles Brown, and Eddie 'Cleanhead' Vinson, among others. Miss Faye is also a dedicated educator and founder of School of the Getdown.

"The opportunity to create and perform a show celebrating Black LGBTQ+ pioneers in music is a beautiful opportunity to honor and lift up a community that supported me and meant so much to me," said Carol. "I'm excited to be able to honor and uplift LGBTQ+ Black pioneers in music of the last 100 years and make my own arrangements of music from unsung folks like James Cleveland, Ma Rainey, Sylvester, Bessie Smith, Luther Vandross, Charles Brown, Big Mama Thornton, Johnny Mathis, and Little Richard.

"Working with the young folks of Oakland School for the Art's Vocal Rush is an opportunity to collaborate with the next generation of artists in Oakland and pass on my experience and really a chance for us all to learn from each other. I'm so excited for the opportunity for our community to come together to give voice to these underrepresented Black LGBTQ+ artists, celebrate their contributions, and bring generations together in music."