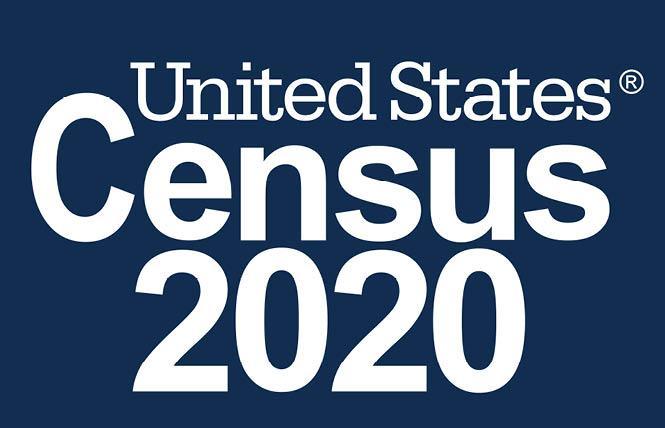 The U.S. Census Bureau has been ordered to keep the date people need to complete their forms to October 31. Photo: Courtesy US Census Bureau

People will continue to have until October 31 to fill out the 2020 census if they have yet to do so, after the federal courts ordered census officials not to end the decennial count prior to that date.

Earlier this year the Census Bureau announced it would extend the deadline to complete this year's count of the U.S. population from August to the end of October because the novel coronavirus had upended plans for outreaching to the public about the census and sending out enumerators to those households who had not filled out their questionnaire either online, on the phone, or by mail.

But then the Commerce Department, run by Wilbur Ross and which oversees the Census Bureau, ordered the count to end on September 30. A variety of groups and local public officials sued, and late last month U.S. District Court for the Northern District of California Judge Lucy H. Koh issued a preliminary order requiring the count to continue through Halloween.

But the federal officials ignored her ruling and said they would wrap up the count October 5. When a split panel of Ninth U.S. Circuit Court of Appeals judges in San Francisco voted 2-1 rejecting the Trump administration's request to stick with the earlier date, Koh on Thursday, October 1, ordered the U.S. Census Bureau to continue operations through October 31.

The dissenting vote had come from Judge Patrick J. Bumatay, a gay Trump appointee, who argued Koh didn't have the authority to issue an injunction.

"Nearly every American's plans this year have been roiled by the virus," Bumatay wrote in his dissent. "But it cannot roil the law."

Virginia Kase, CEO of the League of Women Voters of the United States, called the decision by Koh "a victory for democracy" in a statement.

"Census officials outlined an extended counting period in order to achieve the full enumeration of all people living in the United States. The effort to rush the timeline set by our trusted census experts was a blatant attempt to force an undercount, deprive American communities of critical funding, and undermine the accuracy of our representative districts," stated Kase. "The League now urges the American public to fill out the census and ask their friends and family to do the same. Our democracy depends on it."

Friday afternoon the agency sent out an announcement that, "as a result of court orders, the October 5, 2020 target date is not operative, and data collection operations will continue through October 31, 2020. Employees should continue to work diligently and enumerate as many people as possible. Contact your supervisor with any questions."

Local officials praised the judge's decision. Not only does the census determine the number of House seats awarded to all 50 states, it also is used to distribute $1.5 trillion in federal funds for myriad services and programs.

"A federal judge has deemed that the U.S. Commerce Department's violation of a federal order in our lawsuit was 'egregious,' and directed Census officials to continue a full and fair count of residents until October 31st," stated San Jose Mayor Sam Liccardo, who is a signatory on the lawsuit to extend the deadline for the census. "As a former prosecutor, I'm familiar with the ways that federal judges ensure compliance with their orders, including contempt of court. My advice for Secretary Ross: 'Either follow the law, or pack your jammies and toothbrush.'"

Late Friday the census bureau announced that more than 99% of housing units have been accounted for in the 2020 Census, with 32.5% counted by census takers and other field data collection operations, and 66.6% of housing units responding online, by phone, or by mail. It represented over 98.5 million households in the country.

As for California, the agency said that 99.7% of the state's households had been counted. It is unclear how many total households have been counted in each of the state's cities, though, as the data isn't broken down city or county. Only the self-response rate is publicly shared, and as of Friday, San Francisco's self-response rate stood at 66.3%.

When it appeared the census would wrap earlier this week, San Francisco officials had made a last minute push to see that every resident of the city be counted. Local leaders estimate the city will lose out on $20,000 per year over the next decade for every household not counted.

To fill out the census online, visit https://my2020census.gov/