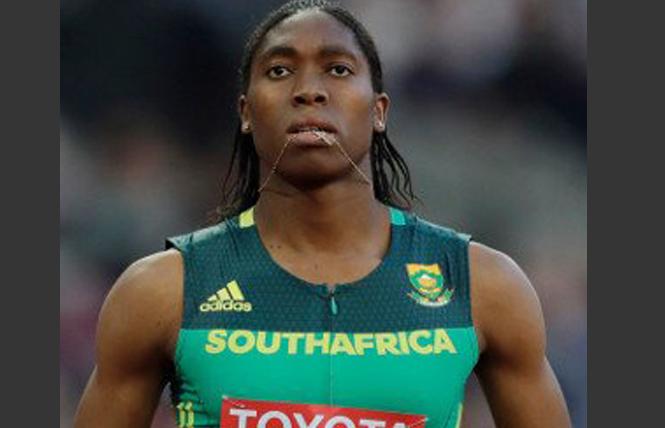 The Court of Arbitration for Sport has postponed until later this month a ruling on whether the international track federation and its proposed restrictions against female athletes with naturally high testosterone levels is scientifically valid (it isn't) or whether it instead reflects a blend of sexism, ignorance, racism, and arrogance (it does).

Originally, the court was scheduled to rule by the end of March on a policy the International Association of Athletics Federations proposed last year that would ban female runners in the 400-meter to 1500-meter races if they have naturally high testosterone levels. IAAF submitted that proposal after it had been ordered to submit scientific evidence to support a previous policy that would have banned high testosterone levels at all distances. That previous policy was successfully challenged by intersex sprinter Dutee Chand of India.

Instead of providing evidence to support that policy, IAAF funded a survey of a small number of athletes that found almost no correlation between testosterone levels and performance results. What little correlation it did find was in the sprint races, not in the longer races.

The IAAF then proposed its new policy, which does not ban high levels in the sprint races that the survey showed mild support for, but rather the middle distances in which intersex runner Caster Semenya of South Africa runs but with which its survey showed no correlation.

The court said it delayed its decision so it could evaluate more information submitted by both sides.

Such as research by the University of Colorado Boulder that shows IAAF's research findings to be flawed and unreliable.

"We found problematic data throughout the study and consequently, the conclusions can't be seen as reliable," lead author Roger Pielke said. "In almost any other setting of science, errors of this magnitude would lead to a paper being retracted. And it certainly would not be the basis for broad regulations that have a profound impact on people's lives."

Scientists wrote in the British Medical Journal that the IAAF's proposal could set "an unscientific precedent for other cases of genetic advantage." Two more scientists, writing in Science Focus, noted that some intersex athletes with naturally high testosterone levels have a condition known as androgen insensitivity syndrome that makes them unresponsive to testosterone. Banning them for a natural condition that may have no advantage would be unfair, they argue.

And I would argue, so what if it did? Height is a natural advantage. Shall we ban volleyball and basketball players we decide are too tall? Ratios of fast twitch to slow twitch muscles can produce natural advantages. So can variations in bone density or eyesight.

Think prejudice (that is, pre-judging based not on evidence but on one's own gut feeling) isn't involved in this proposal? Think again. Racism and sexism have plagued this debate for years and continue to set the tone today.

In 2009, when Semenya was emerging on the world scene, then-IAAF general secretary Pierre Weiss said, "She is a woman, but maybe not 100 percent." In 2013, former IAAF medical director Stephane Bermon said, "We have a lot of people coming from Africa, Asia, and we have a lot of these cases coming from these countries."

This year, Sebastian Coe, the current IAAF president, told the Australian press, "The reason we have gender classification is because if you didn't, then no woman would ever win another title or another medal or break another record in our sport."

Hard to argue with the statement if delivered in a vacuum, but he made the statement in an interview about the reason IAAF wants to prevent women with high testosterone from competing in the women's category. He is, in essence, telling these women they are not women.

It was that historic institutional context of prejudice that Semenya said Coe was opening "old wounds."

"Ms. Semenya does not wish to undergo medical intervention to change who she is and how she was born," Semenya's advisory team said in a rebuttal statement. "She wants to compete naturally. Mr. Coe is wrong to think Ms. Semenya is a threat to women's sport. Ms. Semenya is a heroine and inspirational role model for young girls around the world who dream of achieving excellence in sport. Ms. Semenya hopes and dreams that one day she can run free of judgment, free of discrimination, and in a world where she is accepted for who she is."