SF health chief's on the job 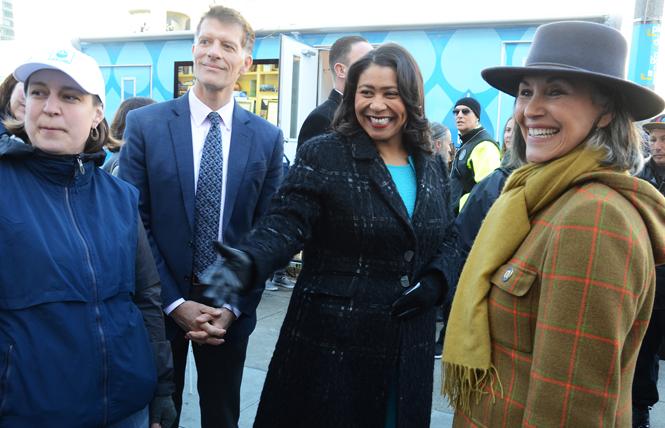 On his first day as health director, Dr. Grant Colfax, second from left, joined San Francisco Mayor London Breed, center, on a tour of a health fair set up Tuesday, February 19, outside the city's main public library. Joining them was Doniece Sandoval, right, from Lava Mae. Put on by the city's health department and community agencies, including Lava Mae, it aimed to bring services, such as HIV testing and substance use treatment, to homeless people on the streets. Breed and Colfax, a gay man who previously oversaw the city's HIV prevention efforts, both voiced support for delivering services in such a manner. "We want a healthy city," said Breed. "To do that we need to ensure people get the resources they need and that we are meeting them where they are." A main focus of his, said Colfax, will be determining "how do we implement those systems for the people most in need."