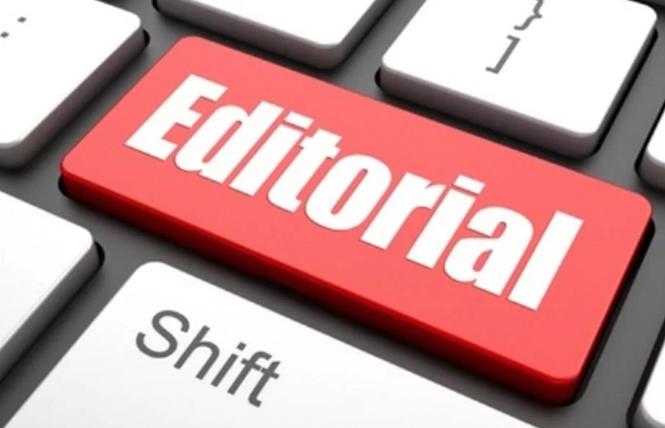 We reject the criticism leveled at the Bay Area Reporter over our decision to publish an opinion piece last week that discussed a timely, topical issue about a mistake, an apology, and anger by the transgender community. Contrary to what some commenters said online — and what the author of this week's Guest Opinion piece writes — our pages were not "darkened" by the presence of Steve Friess' op-ed, which discussed an incident at the closing reception of the NLGJA: The Association of LGBTQ Journalists during which a gay Ohio weatherman greeted attendees with "Ladies and gentlemen, things and its." The man who made those comments, Marshall McPeek, apologized within an hour of uttering the offending remarks — and they were offensive. Now the debate has shifted to whether others were also wrong in the debacle. We agree with Friess that McPeek's comments were awful and that the host organization, NLGJA, missed an opportunity to more forcefully address the issue; but we don't agree that trans people are wrong for being offended, or that we were wrong to publish last week's op-ed.

When the B.A.R. publishes a Guest Opinion column, we don't expect everyone to agree with it. Sometimes we don't agree with it. The point of the opinion page is to provide a public forum. Last week's piece, "Everybody's wrong in NLGJA fiasco," and this week's counterpoint, "A 'thing' (or an 'it'?) called both-siderism," clearly meet that goal. We think it would be more productive to engage in conversation rather than wallow in ad hominem screeds. The reaction thus far also shows segments of the LGBTQ community that are unforgiving and quick to condemn people. It's a different approach to problem solving, and we don't see how it's going to achieve real goals at a time when all of our community members, the Ls, the Gs, the Bs, and the Ts, are under constant threat from a federal administration that wishes none of us were here.

In his opinion piece last week, Friess wrote that anyone can make a mistake by saying the wrong thing at the wrong time. We certainly have experience with that. In June the B.A.R.'s arts department gravely erred in publishing a transphobic film review. The paper took too long to correct the offending article online. In an editorial explaining the situation, we outlined the steps we took to prevent a recurrence. (The editorial is at https://www.ebar.com/news/news/261621.) Did it satisfy everyone? Probably not, but we continue to demonstrate, week after week, our commitment to cover the entirety of the LGBTQ community. We were the first LGBT newspaper to publish a regular trans column, Transmissions, and it's still going strong nearly two decades later. We've written articles about nonbinary and trans political candidates, trans women who were murdered, and trans-focused organizations. Just last week, on the same page as Friess' op-ed, was our editorial about a transphobic candidate who ended her campaign for a seat on the San Francisco school board. Getting an unapologetic, unreformed transphobe out of the upcoming election is a far more important priority, in our opinion, than continuing to beat up on a gay man because he said something offensively stupid and profusely apologized for it.

In her opinion piece this week, Katrina Rose, Ph.D., asks readers to consider how difficult it is — still — to be an out trans person in the workplace, even after decades of queer activism that has led to real progress for many, but not all, in the LGBT community. California is lucky to have strong anti-discrimination laws. But Ohio, where McPeek is from? Not so much. So, Rose's point questioning whether a qualified trans person applying at the station where McPeek works would get a recommendation from him is a valid one.

In short, we, as a community, must figure out a way to understand each other because we do have common goals, like equality, the ability to use a restroom that matches our gender identity, and being treated with respect. We're going to have to figure out how to work together, not alone, in order to achieve those basic human rights, especially while Donald Trump is president. So, if you disagree with what we publish, fine. Send us a letter to the editor, pitch your own op-ed, or fire away online. But please understand that our role as a queer newspaper is to foster dialogue — on all sides — and focus on our real enemies.