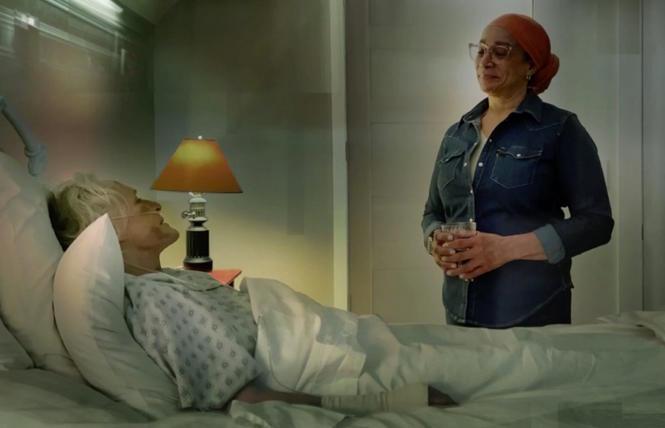 Glenn Close as Roy Cohn and S. Epatha Merkerson as Belize in 'The Great Work Begins: Scenes from Angels in America.' photo: amfAR

Seven pivotal scenes from the epic Tony and Pulitzer-winning two-part AIDS drama Angels in America will stream online on October 8 as a benefit for amfAR's Fund to Fight Covid-19. But don't expect a mere Zoom reading. Tony Kushner's 1993 play will still be the source material, but look for some unusual changes.

In The Great Work Begins: Scenes from Angels in America, Glenn Close will play Roy Cohn, the nefarious closeted gay lawyer who dies of AIDS, with S. Epatha Merkerson as his/her nurse Belize.

Ellie Heyman directed this unusual adaptation, which took also employed some innovative technology. The actors will appear to be together in some scenes, but have actually been merged via computer graphics, coordinate by Director of Photography Justin Zweifach. Kevan Loney, the production's composite editor, spent six weeks assembling the video clips.

The actors filmed themselves in or near their homes, everywhere from Montana to London. Glenn Close even borrowed hospital equipment to perform her scenes. 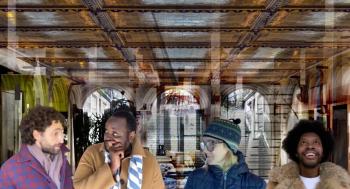 Brandon Uranowitz as Louis Ironson, Brian Tyree Henry as Prior Walter, Laura Linney as Hannah Pitt and Jeremy O. Harris as Belize in 'The Great Work Begins: Scenes from Angels in America'

"It lives between a theater piece and a film," the performance's director, Ellie Heyman, said in a New York Times article. "I've never worked on anything like it."

The performance takes place October 8, 5:30pm Pacific Time, 8:30pm Eastern. Viewing is free, with donations encouraged, with the option to join a special talkback session with Tony Kushner, Ellie Heyman, Kevin Robert Frost, the chief executive of the Foundation for AIDS Research, and several of the actors, with a $100 one-time or $35/month donation.

The performance will be broadcast on Broadway.com's YouTube channel.

If this unique adaptation leaves you craving the entire seven-hour pair of dramas, the HBO adaptation can be rented on Amazon Prime and YouTube. Videos recordings of the National Theatre's production can be found free on YouTube. 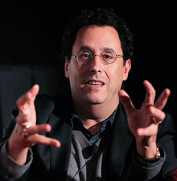 Seeking out our better angels