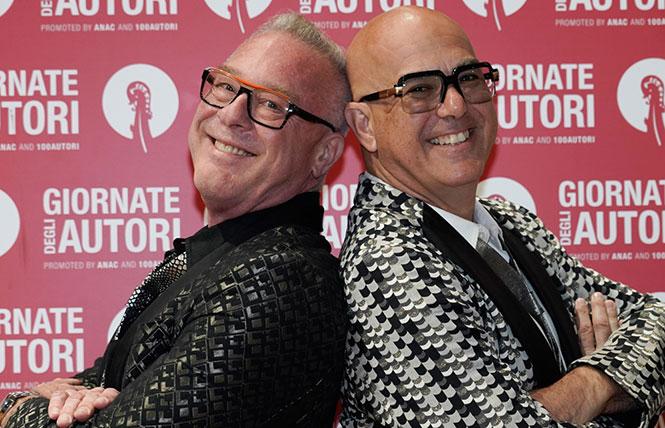 The fashion documentary of 2020 is here. At 98 years old, Pierre Cardin still has the magic, as does the film about his incredible life and 70-year career, House of Cardin.

Directed and produced by self-described Cardin fans P. David Ebersole and Todd Hughes, the film manages to create an enduring sense of intimacy within a vast story, with video footage to match and interviews with legendary fans like actress Sharon Stone, supermodel Naomi Campbell (both featured in Cardin's vintage designs) and lesbian supermodel Jenny Shimizu, protegés such as Jean Paul Gaultier and colleagues who define Cardin's couture. 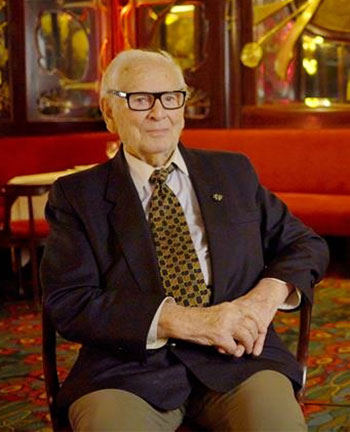 Not merely a review of a legend's life, House of Cardin succeeds where many other documentaries fail in reveling in the massive scale of Cardin's continued global influence, business savvy and unending visionary energy.

Simultaneously humbled by and proud of his legacy, House of Cardin leaves the viewer informed, entertained, inspired and awed. I was recently afforded the opportunity to interview the film's directors. Here's how it went.


Cornelius Washington: How did you construct the film's narrative and intimate feel?

Ebersole and Hughes: We had a real goldmine of archival footage which allowed us to cut back and forth between Pierre from the 1960s through today. By letting him tell his own story, I think he becomes quite familiar to the viewer, allowing you to develop your own relationship to him.


What aspects of Mr. Cardin's life did you feel most needed to be explored?

We knew nothing about him when we started. We were fans and collectors. By the time we learned about Dior, Cocteau, Hiroko, Jeanne Moreau and Andre Oliver, we felt we needed to explore everything as much as possible. The day we met Pierre, he asked what we wanted to focus on and we said "everything," he gave us a sly smile that we would become very familiar with over the coming years.


What aspects of his life surprised you?

I guess there was a perception of Pierre Cardin being a sellout who had ruined his brand by over-licensing to make millions. Pierre lives an almost monastic life. His needs are few, but he wakes up every day with a new idea that must be realized. He's way beyond fashion in the scope of his 70-year career. 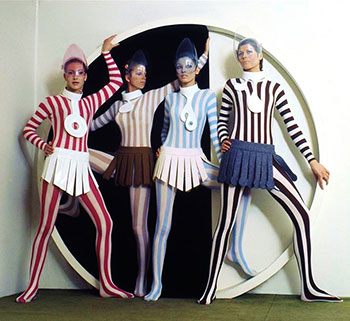 Were any aspects off-limits to you?

No. We think this might be the official outing of Pierre Cardin and maybe the reason he chose us for this project. Nothing was off-limits to us, but we did try to respect sophisticated French culture. We wanted to treat his bisexuality with honesty and emotion, but not dwell on it.


What life lessons can be learned from Mr. Cardin's many breakthroughs?

Because he had no interest in doing what had already been done, Pierre Cardin was a risk-taker. It seems almost everything he did was a breakthrough even when it began in controversy. Pierre would tell you to take risks and lead with your heart.


What business lessons did you learn from Mr. Cardin?

Pierre Cardin really did what he loved and the money followed. There's no business school for that lesson.


The film contains many breathtaking moments. Which are your favorites?

The fashion show on the Great Wall! Naomi and Sharon in vintage Cardin! Watching a 98-year-old man make you forget about age.


Your interview subjects' diversity is marvelous. What living person did you most want to interview for the film, but, were unable to, and why?

Get this; the following people all said yes to interviews but it was simply too difficult to make happen because of schedules: Paul McCartney, Ringo Star, Brigitte Bardot, Alain Delon, Marissa Berenson, Dapper Dan. Gerard Depardieu said no twice and Farah Pahlavi politely declined.


Whose interview did you want to extend?

Jean-Paul Gaultier. Pierre was a great mentor and father figure to him. His stories are as passionate and funny and great as he is. Alice Cooper has the coolest stories about hanging out with Pierre in the day. The collector's DVD will have extended interviews with Gaultier and others we just didn't have time for. 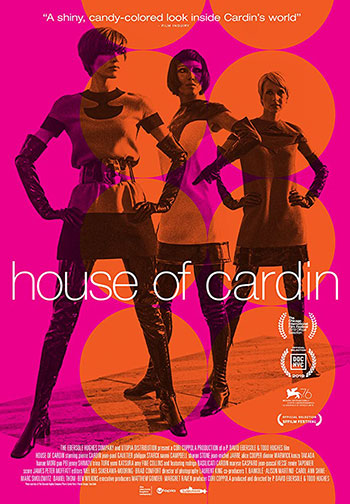 What was it like to interview Mr. Cardin's exquisitely elegant directrix, Madame Gaspard?

Maryse was actually the first person we met when we entered his flagship store in Paris. We adore her so much. She's outrageously elegant and always perfectly put together. She loves to laugh.


How has your personal style evolved, after being surrounded by so much great haute couture?

We are now crazy for fashion! Pierre always appreciated our outfits and always wanted to know who we were wearing. We wore a lot of Mr. Turk suits but always wore a Cardin tie!


What was the first Cardin piece that either of you ever wore?

The first Cardin we both wore was his cologne in the bottle shaped like a penis. This was when we were teens in the '70s.


What Cardin pieces would you love to wear now?

The pagoda suit from the '80s! It's so cool and impossible to find.


What do you think should be Mr. Cardin's fashion legacy, compared to what people think it is?

He should be remembered for his contributions to world peace by uniting so many cultures through fashion, making the world a significantly better place.


You should create the ultimate Naomi Campbell documentary. When will you do it?

That's the second time someone's asked us that today.