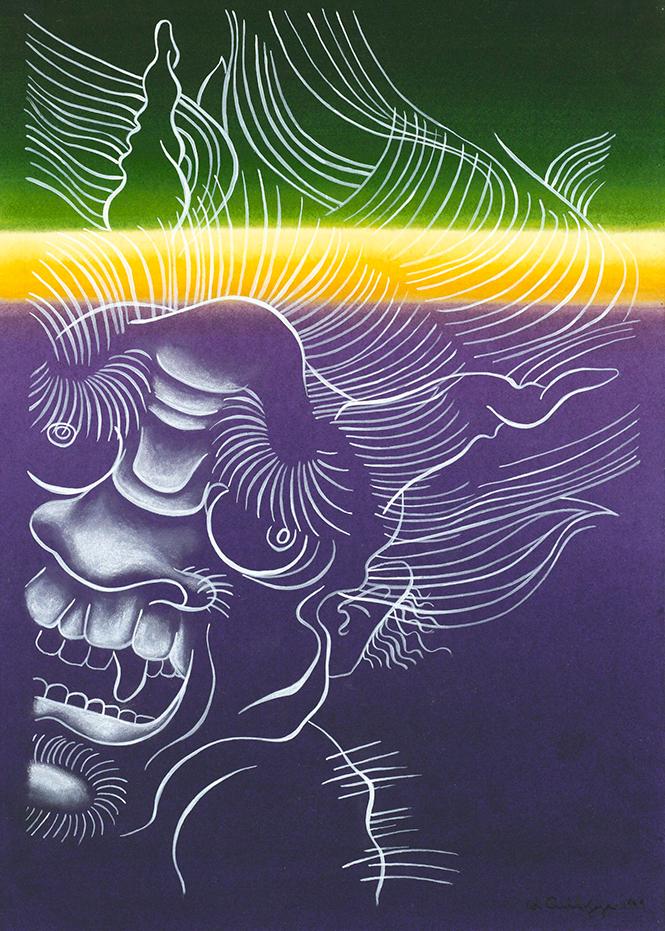 In "With (out) With (in) the very moment," a small new exhibition at the San Francisco Arts Commission Main Gallery, a group of San Francisco-based artists muse on leading a thriving creative life in the shadow of AIDS, having lived through the Gay Liberation Movement and the call to action sparked by the disease and governmental indifference in the 1980s and 90s. With one exception, the participating artists, some of whom made newly commissioned pieces, are HIV positive. Even though their ruminations and respective works may only obliquely reference the diagnosis or political engagement, the show, in its way, may help to foster awareness, among a younger generation, of the hundreds of thousands of brilliant minds and cultural contributions lost to the epidemic. Although drugs have brought the disease under control and reduced its lethal outcomes in certain parts of the world, it hasn't been eradicated and remains a threat. 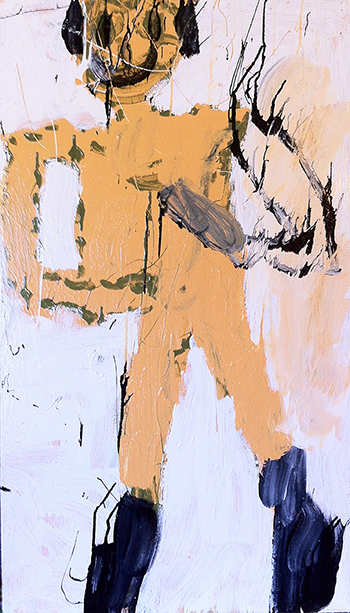 The exhibition's primary strength is as a vehicle for acquainting audiences with artists they may not know and should, like the late Ed Aulerich-Sugai, who died from AIDS-related complications in 1994. A painter, eloquent writer, activist, gardener and orchid horticulturist at the San Francisco Conservatory of Flowers, his vibrant, moving artworks from the late 1980s, which warrant an exhibition of their own, are the lynchpin of the show and its main attraction. One is at once captivated by the purity of his colors — perhaps a product of his daily intimate involvement with the astounding beauties of nature — and powerless to resist them. His blues are the blues of earth's oceans and sky as seen from space, and one could get lost for an eon in his majestic purples and reds. Sugai's vivid Technicolor dreams and Japanese cultural heritage infuse his creations. "Painting became a way for me to examine my illness, deal with my anger and fear and... focus on healing and fighting the illness," he wrote. "Since the beginning of my illness, fear has overpowered me many times, [but] then I look into my Japanese ancestry and call forth the warrior there." His haunting images of the ghosts of helmeted Samurai ready for battle, their fierce visages etched in white on bold colored backgrounds, he said, "portray the will to survive." "He Cries, She Cries: Homage to our Sisters" (1988), his mesmerizing, multi-panel, chalk pastel and mixed-media work on paper, with its distorted, detached facial features and orange squiggles floating in a candy-colored ether, is a cross between the magical animation of Hayao Miyazaki and the cartoonish hand-painted murals of childhood. Its theme, however, is quite adult; it pays tribute to the sacrifices of unsung lesbian activists who worked behind the scenes in ACT UP and other organizations, and provided care for the sick at the height of the epidemic, often without receiving the recognition they deserved.

Another standout is Adam J. Ansell, who was a department store window-dresser in New York in the 1980s. In his capacity as a playwright and theater director, he drew on his decades of experience working with underrepresented communities for a series of colorful figures brought to life with textured layers of latex paint applied to wood panels. This rogues gallery of characters that sprang from the neighborhood and the imagination of artists with whom he collaborated includes: "Walter," a superhero dude all in black except for an apple-green cape; "Tater," an ochre fantasy with puppy-dog ears; and "Roxy," a sassy customer with thunder thighs, chartreuse ankle boots and beehive hairdo.

After testing positive for HIV in 1986, artist-activist Nancer LeMoins decided to devote her practice to "the tragic and hard things" she witnessed on the street, and trained her focus on forgotten, disenfranchised women aging into invisibility and consigned to oblivion. The resulting portraits of homeless women, silk-screened on the soles of shoes, are a nod towards their existential erasure in the eyes of society. "When you walk over these tender beings, you absorb a part of them," LeMoins says. At the reception desk, next to the display is a loose-leaf binder containing enlarged images of those weathered, careworn faces, accompanied by sorrowful, sometimes feisty quotes from the subjects. "I wish you could see me as I was before I lost it all," laments one woman. Another warns, "I'm not too old to kick your ass."

Two elegant, monochrome light boxes from Elliot Anderson's "Average Chandelier," comprised of a digital amalgamation of photographs of lighting showrooms, call up queer culture's historic affinity for opulence and grandeur, while Cliff Hengst's "Your Consciousness Goes Bip," a watercolor on a long stretch of Stonehenge paper inscribed with ponderous metaphysical phrases from philosopher Alan Watts, cascades into the middle of the exhibition space like a waterfall or unfurled scroll. From there, follow the yellow brick road, so to speak, to an alcove at the back to the gallery where you'll find "Alternate Endings," three reels of short videos commissioned by Visual AIDS. Tapping the eclectic personal perspectives and memories of individual filmmakers and collectives, the compilations incorporate a mix of found footage, live performance and still photos.