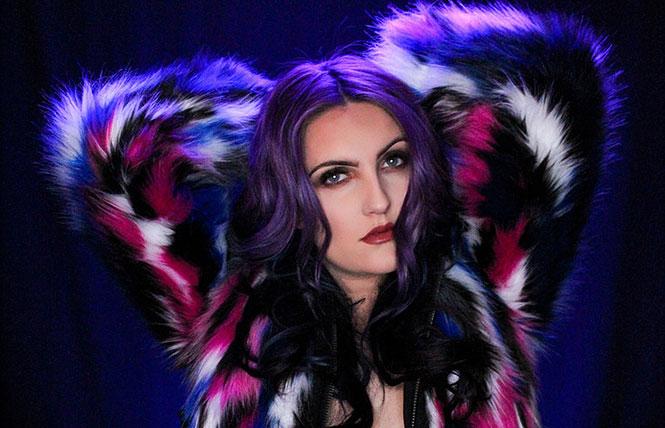 This year's LGBT Pride celebration in Civic Center, held June 23 and 24, is more than just a gathering. Dozens of performers and DJs will bring music to the main stage and multiple themed DJ areas. Some of the performers offered their opinions on the upcoming weekend.

Among those appearing on the main stage on Saturday, June 23 is the outrageous Trangela Lansbury's Grrrl Gang. Described as "a granddaughter of the Cockettes," the legendary drag troupe from the 70s, Lansbury (aka visual artist Diego Gomez) spoke about what Pride means.

"To me, Pride is about being happy to not be in the closet any more, to be free and to be more flamboyant than I've felt comfortable with in my earlier years," said Gomez. "I wish San Francisco and the rest of the world's Pride events were more political. The first Pride was a riot. Instead of people asking for donations at the gates, they could sign one of ten petitions or donations could go to trans youth organizations and similar non-profits that benefit those that really need it. Vendors could offer discounts if customers signed a petition that meant something to them. Personally, I believe Pride is about just that, presenting yourself in a way that you can be proud of." 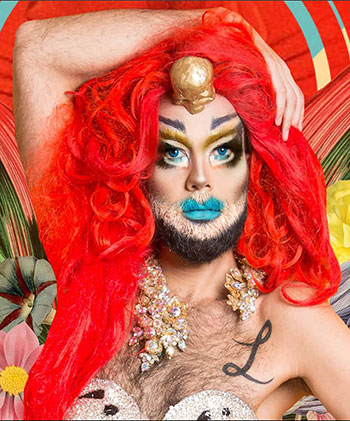 One performer on Saturday's main stage is most definitely political. At a recent concert appearance, Jaki Nelson debuted her new song "Boys and Girls" with her parents in the audience. She asked the crowd, "Who likes girls? Who likes boys? Well, I like both."

"The song directly responds to my bisexuality by placing both boys and girls in the same breath, in the same spirit, in the same thought," Nelson said.

Her song is the first that places bisexuality in a positive light.

"It is the only song truly celebrating bisexuality as a positive lifestyle as opposed to other songs that have framed it in a dysfunctional mindset," she said. "I don't need drugs or alcohol in my system in order to be with a person of the same sex. I think 'Boys and Girls' is the first bisexual anthem to tackle the subject in a purely fun, natural way."

Nelson says that no one in her family was surprised by her revelation.

"My mom's response was, 'You're just like mommy!'" she said. "My family is really gay. My mom is bisexual, my grandma was bisexual, my uncle is gay." 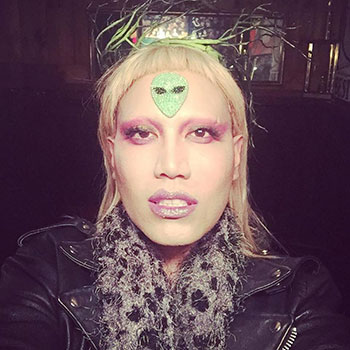 Other performers on Saturday include the Bay Area's very own trio Femme Deadly Venoms, who present a tasty gumbo of trip hop, funk, soul and electronica. Ms. Nzuri Soul offers her electrifying stage presence and a whole lot of soul. And Cheer SF will be on hand to act as Pride's cheerleading squad.

"I am beyond excited to host the festivities on Saturday," she said. "I've performed on the main stage for the past two years so I feel like I'm getting a big promotion. I'm looking forward to feeling the crowd, the energy of Civic Center during this important celebration, representing our beautiful city and most of all co-hosting with my drag bestie Persia."


Saint Croissant also commented on Generations of Strength, the theme of this year's parade.
"When I think of the theme of Generations of Strength, I see the faces of performers, promoters and industry friends who have supported me immensely in the beginning of my drag career," she said. "No one would know who I am without them. There is so much power when one connects with the people who've molded our city's rich culture and now I'm eager to pay it forward to the next generation." 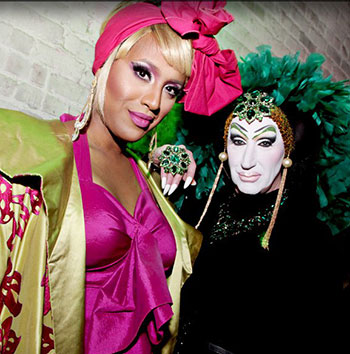 Sunday June 24 brings a little star power to Pride's Main Stage with the appearance of Evelyn "Champagne" King, the disco diva who achieved pop music immortality with her hit 1977 single Shame. King's success continued into the 1980s with popular tunes such as "I'm in Love" (1981) and "Love Come Down" (1982), In 2004, "Shame" became one of the first records to be inducted into the Dance Music Hall of Fame.

Also taking to the Main Stage on Sunday is Hollywood's own Our Lady J, perhaps the first transgender woman to perform at New York's legendary Carnegie Hall. Lady J brings her unique piano stylings to Pride. Currently she serves as a writer and producer on the new FX series Pose, and previously worked on Amazon's Emmy-winning show Transparent.

Local superstars Honey Mahogany and Sister Roma co-host the main stage on Sunday.
"There is no better feeling than standing on the main stage and looking out at the sea of beautiful smiling faces of every age, color and gender expression," Roma said. "The joy and love they radiate fills the air and it's contagious. They're singing, dancing, cheering, hugging, laughing and sometimes even crying. It's magical."

Roma added that she thinks Generations of Strength is a "brilliant" theme for this year's Pride.

"It speaks to our heroic and LGBTQ predecessors who fought so hard to get us where we are today," she said. "It also recognizes that the hope for a better tomorrow lies in the young people, especially young queer and trans people of color. I love San Francisco and my LGBTQ family and our allies more than bacon, and that's a lot!"