Shared fantasies: Justin Lehmiller on the science of sexual desire 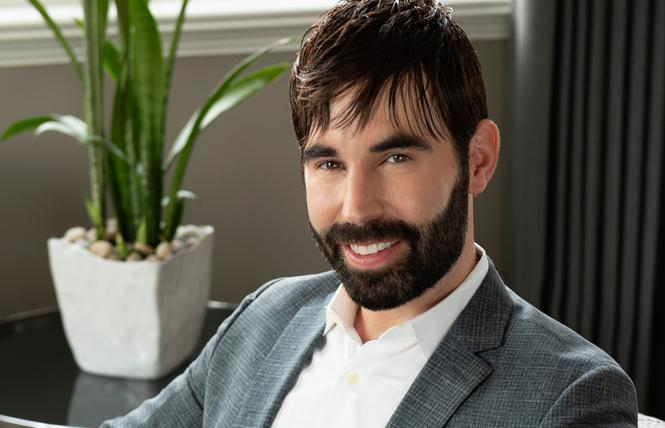 The MOTE Conference addresses cutting-edge research and the most current clinical approaches to sexuality, gender and relationships, focusing on the intersections of research, clinical work and professional practice by presenting the latest ideas and findings on polyamory, consensual non-monogamies, kink/BDSM sexualities and identities, transgender/genderqueer/nonbinary experiences, asexualities, sex worker studies, hierarchical (power-exchange) relationships, and so on.

Closing out the Conference was a stellar keynote address by Dr. Justin Lehmiller, an esteemed Research Fellow at The Kinsey Institute and author of the book Tell Me What You Want: The Science of Sexual Desire and How It Can Help You Improve Your Sex Life. Lehmiller is also the brains behind the extremely popular blog site, 'Sex & Psychology' (www.lehmiller.com).

The data gathered and analyzed for his book served as the foundation for Lehmiller's keynote titled 'Which Sexual Fantasies Are Common, and Which Ones Are Truly Rare?: Insights From the Largest Survey of Sexual Fantasies in the United States.' The keynote was spectacular and made even this seasoned sexuality writer take notice of some fascinating research.

When gathering his data, Lehmiller surveyed 4175 adults in the United States across the entire range of genders, ages, sexual orientations, races, and relationship styles. They completed a 369-question survey inquiring about their fantasies, personalities, sexual histories and demographics.

Participants were asked to describe their "favorite" sexual fantasy of all time and sum up that fantasy in a single word of their choice. 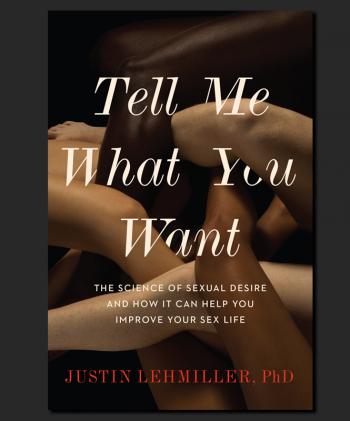 Tell Me What You Want by Dr. Justin Lehmiller.

Lehmiller undertook a qualitative analysis of the information that ended up yielding seven major themes. I can't do justice to elaborating on these themes, which is why I recommend you read the book, but here they are in a nutshell.

3. Novelty, adventure and variety. These are sexual activities that one has never done before or would like to attempt in some new way, such as different settings or public sex.

4. Taboo or forbidden sex, voyeurism and exhibitionism were among these.

5. Passion, romance and intimacy; this was common across genders, orientations and ages with most saying they rarely or never fantasize about completely emotionless sex, which I found heartening.

6. Non-monogamy and partner sharing; this is a separate category from group sex and included open relationships, polyamory, swinging and cuckolding.

These seven high-level fantasy categories represented about 96% of the participants' favorite fantasies and appear to be the fundamental building blocks of all fantasy content.

So, why is all this important?

Often people wrestle with coming to terms with their sexual fantasies because they sense they're rare. The less common we believe our fantasies might be the more likely we are to build up some shame and trepidations around them. By laying bare the reality that these wide-ranging sexual fantasies are rather common (in other words, quite normal), hopefully people will embrace those fantasies for what they are, a healthy manifestation of their sexuality.

By expanding what is seen as normal among sexual fantasies, perhaps sexual shame and stigma can be reduced while improving sexual communication between partners.

As for psychotherapeutic professionals who sometimes ignorantly assume many of these fantasies are unhealthy and pathological, perhaps the realization that they're so prevalent will guide professionals to not label them problematic unless they violate consent or cause harm or distress.

As for Dr. Lehmiller's book, I've been reading it and it's incredibly accessible to everyone. I suggest my readers get it. I think you'll find it quite interesting.

As its subtitle suggests, I think it just might improve your sex life.

For Leather Events and previous columns, go to https://www.ebar.com/bartab/leather-kink