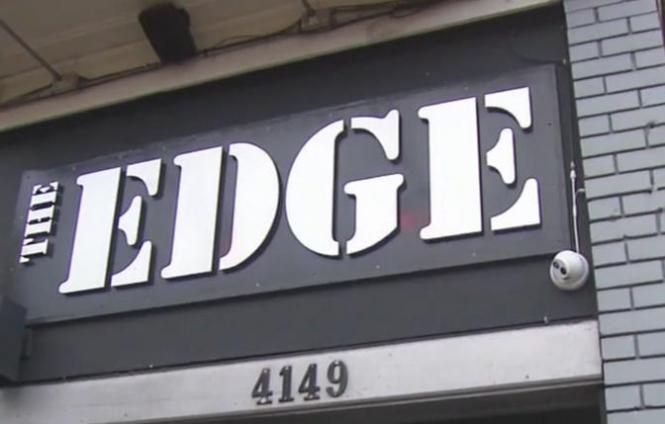 The Edge bar is among several businesses voluntarily closing through at least the next week.

New Year's Eve celebrations in the Castro and South of Market districts will have fewer indoor options as nearly half a dozen bars and restaurants have temporarily closed out of pandemic health concerns. Blackbird, The (new) Detour, The Edge, and Moby Dick have closed and posted notices on their locked doors.

This is in response to the reported surge in omicron variant cases of COVID-19. The San Francisco Health Department reported 964 new cases of infection on December 23. That was a near quadrupling of the 212 new cases reported on December 19.

"Omicron is rapidly spreading, and all evidence points to the fact that we need to do more to protect ourselves and others from infection," stated Dr. Grant Colfax, a gay man who is the city's director of health, stated last Thursday as he pushed residents to get vaccinated or boosted ahead of the holiday week.

Moby Dick's owner Joe Cappelletti was one of the more cautious Castro bar owners through the initial COVID outbreak in 2020, as he kept his bar closed and boarded up until May 2021, a few months longer than others. Moby Dick will remain closed at least through New Year's Day.

"We already had one of our employees with a [breakthrough] COVID infection. We didn't want anyone to get sick anymore," said Cappelletti in an interview with KGO.

The Edge bar's management posted an announcement December 23 on its Facebook page, writing, "Out of an abundance of caution for the safety of our patrons and staff, we have decided to close today (Thursday) at 7 p.m. We will remain closed until we have better information about the spread of the Omicron variant, and feel like it is safe to reopen."

In South of Market, both The Powerhouse and the SF Eagle have temporarily closed.

"For the health and safety of our patrons and staff, the SF Eagle will be closed until New Years Eve, December 31st, 2021," the management announced on the bar's website.

"We take this action in an abundance of caution to keep our patrons and staff as safe as possible over the holiday, and with the hope that the coming year will bring health and prosperity to the community that calls the SF Eagle home." 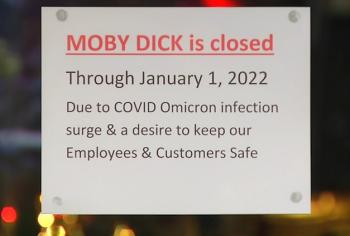 Some bars are merely closing for a few days, while others remain open, showing very inconsistent precautions being taken amid news of the omicron variant's spread. Most of the more potentially crowded events, like large-scale New Year's Eve parties, have not been canceled.

Mighty Real & Juanita MORE! are co-hosting the party NYE 2022 Friday at The Phoenix Hotel in the city's Tenderloin neighborhood. The evite to the event, a fundraiser for the Imperial Council of San Francisco and the Oakland LGBTQ Community Center, notes attendees will have access to an outdoor heated patio until 1 a.m.

"These events are still happening on New Year's Eve, but we're taking all precautions by looking at evidence of vaccination for everyone passing through that door," manager Lily Nguyen said in an interview with KGO.

Some LGBT events are again on hold, like Sundance Saloon, the line-dancing and two-stepping events held at Space 500.

"Sundance Saloon is going to take a break until this omicron threat is waning," wrote organizer Ingu Yun in an email. The group's annual New Year's Eve party, often held at The Hotel Whitcomb, has been canceled.

In response to the latest surge in coronavirus cases, the San Francisco Department of Public Health announced it was making drop-in testing available at over 20 sites across the city, with the goal to administer 20,000 tests per week due to the high demand for tests right now. It also issued an advisory that people should wear an N95 or well fitted "double" mask (cloth on top of surgical/disposable mask) to improve the seal of the mask to the face.

It also suggested people limit the size and number of their indoor gatherings, as doing so reduces risk.

"Boosters are key right now for your own protection and those you love," stated Colfax. "We also want people to celebrate the holidays more safely and with an extra dose of caution, and that includes layering our defenses and taking extra caution around those who are at higher risk, including people who are elderly, immunocompromised, or unvaccinated like small children."

To find the locations and hours of city clinics offering vaccinations, check sf.gov/getvaccinated or call (628) 652-2700. A full list of testing sites in San Francisco can be found at sf.gov/gettested.

Updated, 12/28/21: This article has been updated with further information from DPH.