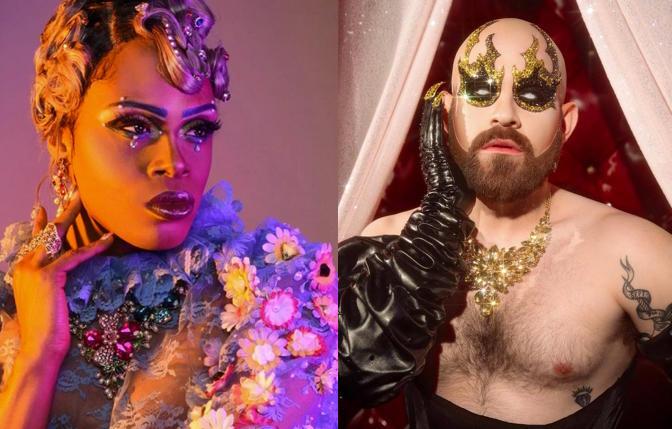 On January 22 and 29 eight seasoned drag entertainers will compete in The High Princx Pageant, a drag spectacular in which one will take home the High Princx Crown. It all takes place during Princess, the Saturday night drag show at Oasis, San Francisco's premiere LGBTQ nightclub. The first night will include the categories Creative Presentation, Question and Answer, and a series of epic lip sync battles. The second night will feature each contestant's dream performance, followed by a final crowning.

The first prize takes home $2022, the second prize gets $700, and the third takes $350. There will also be special prizes yet to be announced.

"We had to narrow down the applications to just eight contestants," said producer Tito Soto in an interview. "It was really challenging as there is so much excellence in our community. We were looking for well-seasoned competitors, people who have been doing drag for at least five years and are currently still performing often. We couldn't be prouder of this cast, every single one of them is super hard working and has produced some very inspiring drag throughout their careers."

Soto is also a drag performer, known for high-production shows that integrate video projections, intricate lighting, and other forms of technology.

"My drag is magical, regal and very, very gay, what I like to call a drag prince," Soto said. "It's neither female nor male impersonation, but more of an amplified version of myself."

Soto notes that the term Princx was created to both reference the weekly show Princess and to make the pageant inclusive to any kind of gender of drag. "We want it to represent all the amazing styles of drag that make our community so special."

Magic to do
The pageant promises to offer two nights of fun and excitement. The first three categories happen on January 22. For the Creative Presentation category the theme Magic was chosen. Each contestant will walk the runway and model elevated looks which evoke magic. Judges will be looking for conceptual, detailed and dynamic work.

The lip sync battle should be particularly entertaining. The eight contestants will be split into four pairs and will battle it out in what Soto refers to as "an epic Lip Sync Smackdown." Whoever wins each lip sync wins the final points on the first night.

"A tight lip sync, fierce performance, and great impact on the audience will be key," Soto said. "Our special guest judge Drag Race season 4 veteran and the original lip sync assassin Dida Ritz will decide who wins each lip sync. She will also be performing that night."

Soto promises that the second night will be big. "We asked our contestants to dream up their ideal performances and bring them to this stage," Soto said. "Expect backup dancers, larger than life concepts, sets, background visuals, and props. This category will be worth the most points and could change the whole ranking of the competitors."

Soto also explained why the pageant will take place over two nights instead of doing it all in the same evening.

"Simply put, pageants are long in general and have many components. We wanted to give the contestants a chance to fully focus on each night's categories and not have to rush it all in one night. They're all working extremely hard to deliver top caliber drag these next two weekends and deserve all the time in the world on stage."

As with all venues, Oasis requires attendees to be vaccinated and to wear masks while on the premises. For those who aren't comfortable with gathering in crowds, the show can be watched and the contestants can be tipped on Oasis' streaming platform.

Added Soto, "It's gonna be a truly epic competition."