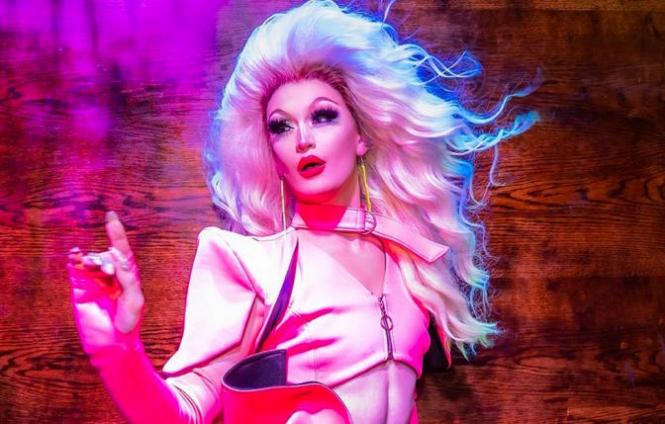 When Lady Camden sashayed into the spotlight for the first time on RuPaul's Drag Race in the Season 14 premiere, proudly proclaiming, "Hello, you sexy bitches!," drag aficionados around the world finally got to meet one of Northern California's most uniquely talented and popular queens. Although Lady Camden, whose name is Rex Wheeler, has only been doing drag a few years, he's built a sizeable and passionate local following.

As a former dancer and now frequent choreographer for Smuin Ballet, Camden's fan community draws from Bay Area dance audiences to club kids from San Francisco and Sacramento. Thanks to show-stopping brunch performances at Hamburger Mary's, throngs of tourists and former bridal parties are rooting for Camden to take home the Drag Race trophy. Now Camden's fan base is exploding internationally as a result of her splashy premiere on the show. 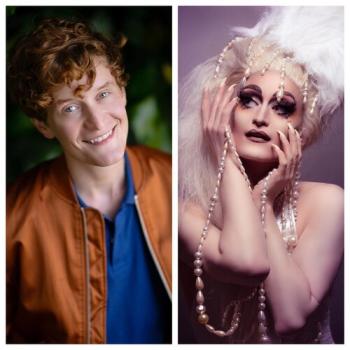 Rex Wheeler, and as Lady Camden

Wheeler's journey from the ballet stage to the pinnacle of the drag world began during a dark time in his life. When the Bay Area Reporter first spoke to him in December 2019, as he prepared for his first performance as Lady Camden with Smuin Ballet (part of the company's annual LGBTQ Night), he said, "In my last year or two dancing with the company I had some back injuries. I was really not able to do much for large chunks of time. I started experimenting with drag and makeup, and it made me feel like a kid again. It really helped lift me out of that 'injury funk.' Drag was a way to connect my love of being the class clown in the studio with my creativity."

After several years of juggling drag shows, choreography work, acting classes and several part-time jobs just to make ends meet, Wheeler was already feeling overstretched when COVID-19 hit. Like all artists, the pandemic has been difficult, but it also gave him time to reflect on priorities and dreams.

Drag umbrella
"I was backed up against the wall financially, scrambling just to survive," said Wheeler. "I couldn't afford San Francisco, so I had to move back to Sacramento, but I was still just working a ton, giving drag maybe 20 percent of my time. And I thought, 'I'm totally exhausted. How is my drag, my art form, going to get better and evolve if I only give that small ration of time to it?"

Wheeler had thought about auditioning for Drag Race for many years, but didn't feel quite ready, then later realized, "Drag Race is the thing that may allow me to quit all these jobs and actually further everything I've done in my life —dancing, acting, choreography, all of that— under the umbrella of drag. That's going to give me the opportunity to live my dream." 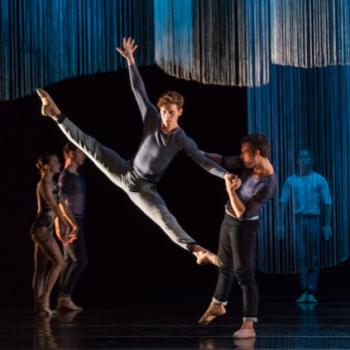 Wheeler also thought, "This might be the worst time to audition. I have no money, no new drag costumes, no real tangible resources. But what the hell. I have an empty apartment, so I have room to film something. I can recycle these old outfits."

Flashing a fluorescent-green fake fur jacket Wheeler said, "See this? It's kind of trash, it's literally from a charity store, but it's something that I made and it makes me happy. I wore it for my audition. I set up a video camera, danced around, made a few jokes, and thought 'I'm just going to be myself and see what happens.'"

Looking back on his audition tape, he said, "It's kind of sad. They must have thought, 'Oh that poor girl, she doesn't have anything! She's got nowhere to go, nowhere to dance.' I'd like to think that they saw the person: a struggling artist, dancing in her kitchen. I now know that Drag Show producers are only looking for you, not a produced version of you. That's their job. This show celebrates the person, their talents and their spirit."

Astonishingly, after 13 seasons, Camden is only the third queen to represent the Bay Area on RuPaul's Drag Race. "I'm representing San Francisco and Sacramento; so many in this community know me personally, and have seen me do drag from day one. They know I've worked my ass off. I think that's why I have so much support here. I'm so lucky, because it's kind of scary becoming a little famous. I can't help but think, 'Are people going to like me?' It makes me feel better to know I have a community of people rooting for me." 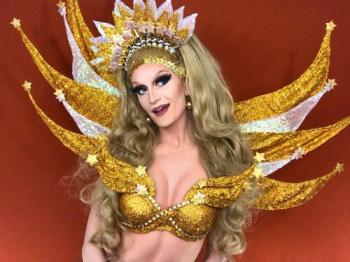 Now that the Drag Race season has begun, Wheeler can look back at his life's experience and see how it's primed him for this moment as Lady Camden.

"The competitiveness of the ballet world has definitely prepared me for Drag Race," he said. I don't think I realized how competitive I was until I did this! When you audition for a ballet company, there are hundreds of people who want that one job, and there are so many reasons why you might not get it. You might not have long enough legs, or enough turnout, or your head's too big, or you aren't tall enough. It's completely out of your control. Having that perspective, I know that you can't be everything, you can only just be yourself. Having that experience has given me the strength to say, 'This is who I am, take it or leave it.' But the competitive side can be so much fun... and it can turn me into a monster, so get ready!"