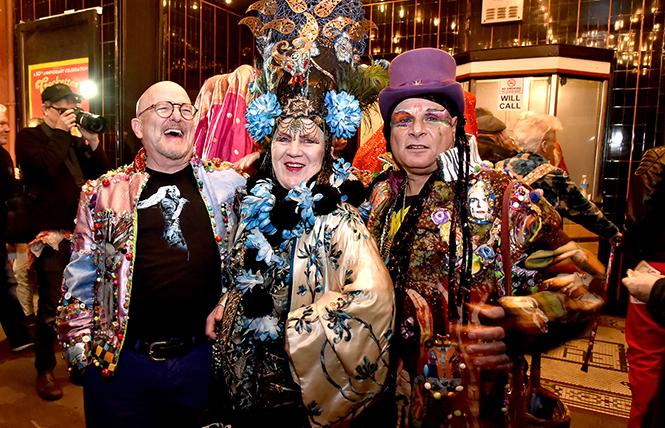 The 50th anniversary of The Cockettes was celebrated at the Victoria Theatre on Jan. 4 with hours of numbers from original Cockettes musicals, and other songs. Produced by Dan Karkoska, the sold-out crowd including John Waters, who offered a salutory speech.

Film clips by Sebastian ('70s Cockettes filmmaker), Bill Weber and David Weissman (The Cockettes documentary) offered a glimpse back in time to this fabulous era.

And, in keeping with Cockettes tradition, the Diamond Heights after-party was off the hook, and very off the record!