Ginger Minj - Drag, live, gay and even on roller skates 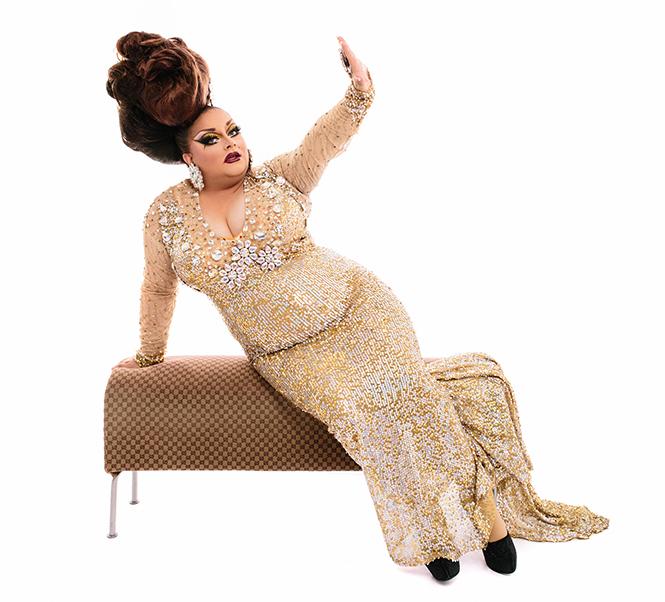 Ginger Minj is "the nicest bitch you'll ever meet," according to Joshua Eads, the actor who plays Ginger. But bitchiness is, in this case, not a sign of nastiness.

"The bitchiness comes from a place of love and humor and should never be taken seriously," Eads said, in an interview with the Bay Area Reporter. "Dry and sarcastic are very funny to me."

The nicest bitch is just one of the titles accorded to the drag performer, who appears at Oasis on May 9 and 10. As Ginger, Orlando resident Eads is also known as The Comedy Queen of the South and Glamour Toad.

"Because toads aren't considered beautiful and that's how I felt most of my life," he said, "I've always been too short, too round; too much cheek, not enough neck. Drag gave me an opportunity to really embrace what I'd always been told was wrong with me, to throw a little glitter on my flaws, and feel just as glamorous as anyone else in the world."

Ginger Minj is glamorous enough to have competed on RuPaul's Drag Race, where he was a finalist on season seven. He remembers the experience as being terrifying, exhausting and fulfilling and said that RuPaul is a tough taskmaster who runs a tight ship. 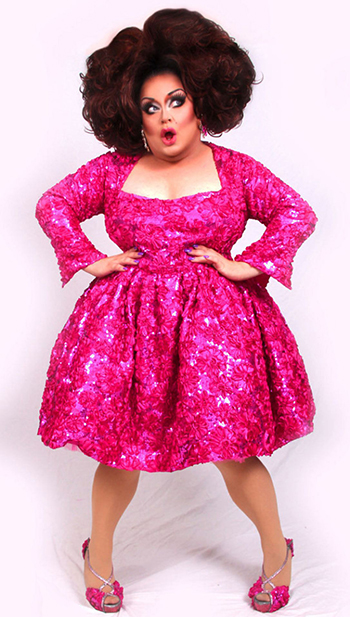 But the Drag Race experience opened all kinds of doors for him. Thanks to the TV exposure, Eads has been able to tour the world in solo shows, release an album which received five stars on Billboard, voice a character on Netflix's drag superhero cartoon Super Drags, and play a supporting role in the Dolly Parton/Jennifer Aniston movie Dumplin'.

Only a few weeks ago, Eads stole the show at Peaches Christ's Castro Theatre First Wives Fight Club with a live song and dance number.

Eads said that he has a lot more irons in the fire and is excited to see where he's taken next.

Ginger spice
The Ginger Minj character is based on all the strong Southern ladies that Eads grew up with.
"You know the type," he said. "They sit in the back pew of the church so they can keep tabs on everyone and may read you for filth, but are also the first to give you the shirts off their back if you need it."

While he was growing up, Eads knew that he was different. When they were out in public his dad always reminded him not to say or do anything that would embarrass them.

"I tried to be as invisible as possible," he said. "But I always envied these loud, brassy opinionated ladies who did and said what they wanted to do. I wanted to be them when I grew up."

Comedy legends Lucille Ball and Carol Burnett play a big part in influencing Eads' drag act. He said that these ladies were out doing drag before anyone else, and that he has an immediate respect for anyone who piles on three pounds of makeup, ten pounds of hair, and thirty pounds of beaded couture just to fall down the stairs and get a pie thrown in their face.

"They showed us that it's possible to be beautiful, glamorous, feminine and funny," he said. "Not to mention, I have an affinity for redheads."

Eads describes his own act as "old school with a new twist."

"We are all there to have fun and I am willing to do whatever it takes to make sure we all laugh, cry and share our experience," he said. "We are keeping it gay, gay, gay by celebrating iconic gay moments and songs in history. Not only are we throwing lip syncing out the window and doing everything live, this time we're doing it on roller skates, so who knows what will happen!"

Eads said that he's thrilled to be coming to the Oasis.

"San Francisco has always embraced what I do and treated me with love and respect," he said. "I'm not sure when I'm going to be able to come back, so let's pack the Oasis and celebrate life together."