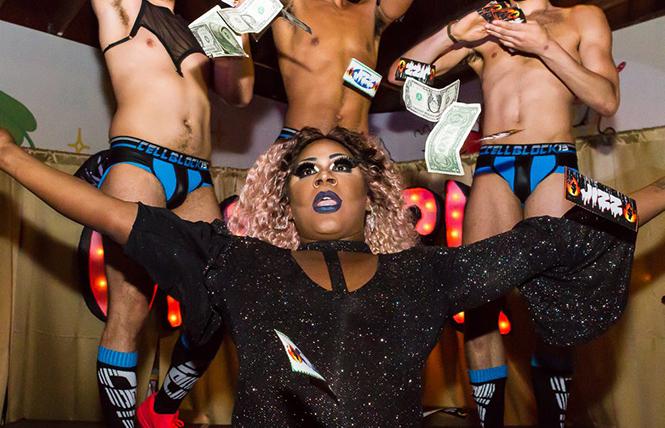 Oakland will be a real drag from Friday April 26 to Sunday April 28 when 100 drag queens, drag kings, and radical queer performers take to the stages in Oakland for a three day drag-a-thon which will include live performances, music, DJs, vendors, and artists.

What promises to be a wild weekend is the second annual Oaklash Drag Festival, produced by co-founders and drag divas Mama Celeste and Beatrix LaHaine, both of whom are Oakland-based. 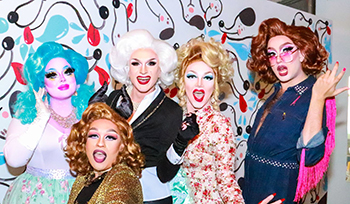 Oaklash will include appearances by performers from Oakland and around the USA, including San Francisco favorites Peaches Christ and Juanita MORE!

Oaklash came about because Celeste and LaHaine wanted to provide a platform for the radical queer underground performance scene which thrives in Oakland. Because of the mainstreaming of drag through shows like RuPaul's Drag Race, Celeste feels that the unapologetically perverse and punkish drag which is unique to the Bay Area has been pushed into the background. Oaklash seeks to place the Bay Area drag scene center stage and to let people know that it isn't going anywhere. The Queer underground is in fact thriving in Oakland.

Celeste started doing drag around 2012 while still in college. She moved to San Francisco in 2015 and was part of the Queens of 2015, a collective of baby queens who were supporting each other, which led to her taking drag more seriously.

Celeste had done academic papers about drag performers and gender during her college years, but she says that once she was actually part of the drag scene, it was a whole different experience. The San Francisco drag scene in particular drew her in because of the camaraderie among the queens that she didn't experience elsewhere. 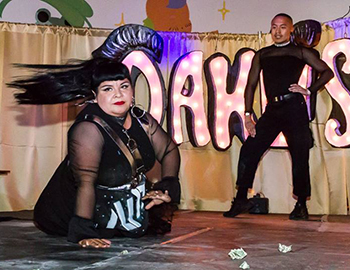 Celeste feels that holding Oaklash in Oakland is a statement on the gentrification which is happening all over the Bay Area. The former San Francisco resident found herself in Oakland because she could no longer afford the rents in the city.

"Oakland is a breeding ground right now," she said. "Artists from all over, trans people and people of color flock to Oakland because it's a place that has always been rooted in diversity and has always been a safe space for people of all types to come. So I think there's a melting pot happening here.

"San Francisco has a really long, amazing history, but I think there's a clear separation between Castro drag versus SoMa drag, or between pretty drag vs. punk drag, and I think what's happening in Oakland is that all of those things are coming together. And that's what we hope Oakland will provide for this festival, a space for everyone to come together." 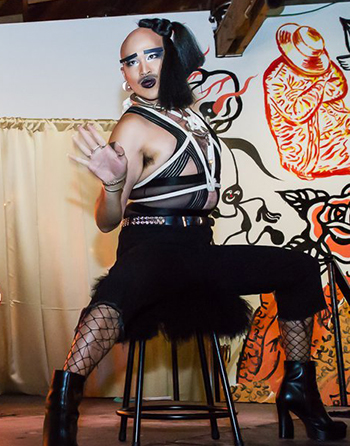 Oaklash performer Lisa Frankenstein describes herself on Instagram as "the rainbow nightmare you never knew you needed." Oaklash co-founder Beatrix LaHaine, an Oakland native, says that she's "a clown school dropout." Her shows, her bio notes, "are one part punk, one part cabaret, and are always guided by her biting commentary on queer culture over the bar sound system."

Celeste noted that there's a big difference between the drag queens on Drag Race and the kind of drag found in the Bay Area. Drag Race, she points out, goes for gender illusion: presenting men as women.

"In the Bay Area, it's never been about that," she said. "It's been about the performance. Here, you'll see kings, you'll see female-identified drag queens, you'll see monsters and the whole gamut of what drag is, and it's not necessarily a sequined gown and a pageant wig."

Oaklash will commence with a kickoff party on Friday April 26 at Eli's Mile High Club in Oakland, which Celeste describes as "an old historical bar, with cool roots in the punk scene and the jazz scene. They're an amazing venue which has always incorporated art and queerness into the events that they put on."

On April 27th and 28th, performances will take place during the day at Classic Cars West Beer Garden-- a showroom, vegan restaurant, and art space in uptown Oakland. It was the home to last year's Oaklash festival.

"It's a huge venue," said Celeste. "It was the only logical place for us to go this year. They're really encouraging this melting pot of events."

Oaklash serves up drag fun from SF Oasis May 28-30
Sign up!