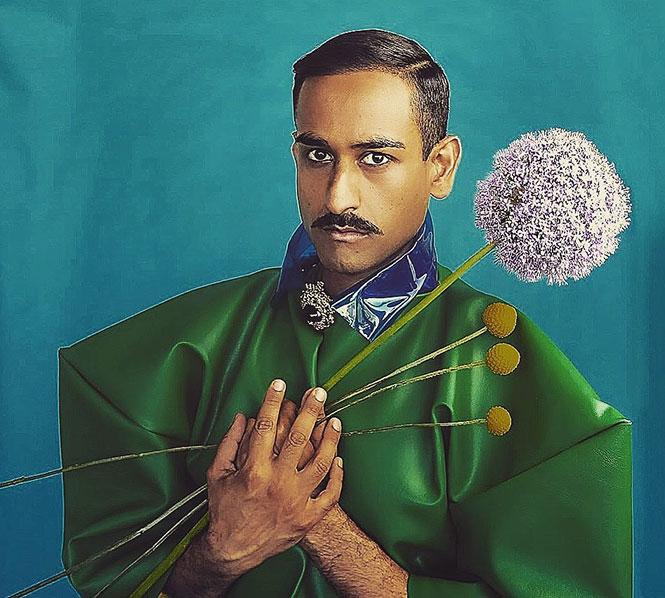 On August 23 the single-named Aish will take to the stage of Rickshaw Stop to perform songs from Mother, his debut album. The album, now available, features an eclectic mix of sounds: haunting vocals, strings, harp and electronics. On the album's various tracks, the San Francisco resident reflects on his tumultuous childhood, his estrangement from family, his struggles with his sexuality, and his migration across continents.

"I am a musician," Aish, a native of India, tells Bay Area Reporter. "I paint large cinematic landscapes in my compositions with intricate vocal arrangements. For your musically astute readers, I incorporate strange, rare electronics like the Buchla (a synthesizer), or chamber instruments like the Santur (a Persian string instrument) or Gamelan (percussion instruments from Indonesia) in my compositions whenever I can."
Aish wanted to ensure that his sound was unique.

"I was bored with the same old plug in the amp there, set those drums over there, and go sing into a mic, end of show," he said. "I wanted an entirely different palate to what I was doing before. Something that challenged me, something that surprised my listeners, something that really puts my education in music composition up to a challenge. A sound that's modern and rare." 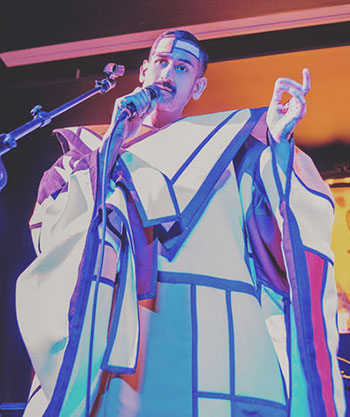 Aish had been dreaming of a music career since his youth. But there were few opportunities in his homeland, and so he began to train his eyes on California, where he felt he would have more options for his art as well as acceptance for himself as a gay man. Determined to make his dream come true, he earned a degree in computer science, then began working in the West Coast tech industry. The money he made went towards his fledgling music career. He rented studio time, recorded, and began playing live shows.

Aish now reflects on the various aspects of his life that shaped the musician, and the person, that he's become.

"I'm a person of color, gay, and an immigrant who's grown up in parts of the world very different musically and culturally," he said. "Those parts of my identity have gifted me a unique combination of experiences that shows up in my compositions and writing about the beauty in love and loss, identity, migration and belonging."

The press release for Mother includes a photograph of Aish and his mother, taken in Bilaspur, India in 1989. In the photo, Aish and his mom are kneeling on the ground, petting a bunny and a puppy. At the time his mother was finishing her Masters in Literature. Aish noted that these are his most cherished memories of his mother.

He recalls her typewritten papers laying about and what he calls the "casual poetry" of her conversations. His fondest recollections, he says, are the study breaks his mother took in the garden, where she spoke to him of plants.

Aish says that he's not haunted by these memories from the past.

"Haunted is the wrong word," he said. "Ghosts haunt. Memories, experiences, and the love my mother and I shared don't haunt me, they are very much alive. They remind me of beauty, the shape of love and loss, and that's really the larger idea behind Mother and the work that I do." 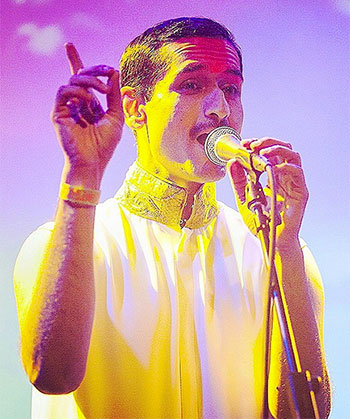 It's been many years since Aish has seen his mother, and that estrangement has inspired some of his songs. As with many gay-identified people, sexuality played a role in the break between him and his family.

"What led to the estrangement?" he asks. "I'll answer that with a question. What's the archetypal coming out story? For a few fortunate ones, coming out is a welcoming, celebratory experience of unconditional love and acceptance. But for most of us it's a very difficult process, often leading to families falling apart, us having to rebuild the narrative of who we are, carving out an entirely new life for ourselves. And that putting myself back together, that sculpting of a new life for myself, I've worked all out through my music. That's what Mother is about. It isn't just about my mother, it's about the mother I had to become to raise my new self to flourish and bloom in my new reality."

For Aish, the struggle with his sexuality included dealing with the harsh realities of gay life in a conservative, homophobic society. Like many before him, he was drawn to San Francisco for the refuge that it offered.

"When you grow up in a society where the norm is heteronormative white patriarchy, you'll experience struggle if you're anything other than a straight, white male," he points out. "It's a real, day-to-day struggle where people don't talk to you, where there's unprovoked violence on a public bus or cops just walk in on you because they suspect you're gay and the next thing you know you're in jail for who you are.

"Then there's the struggle within family. Has that struggle been resolved? Yes. Once I got a chance to escape to San Francisco, I got a lucky chance at the observer's perspective of my own situation, and that's when I decided the struggle was over. So here I am putting my best work out, touring the country doing exactly what I love, being exactly who I want to be."

Aish is very excited about his upcoming show.

"Expect fashion, art, and of course incredible music at one of the best sounding west coast venues, the Rickshaw Stop," he said. "This is the last stop of the Mother tour on the west coast, and I'll have the Magik*Magik orchestra backing me for this set. I'll be sharing pieces from Mother and exclusively previewing only for the San Francisco audience three new pieces from my next full-length album, due out in the Spring of 2019. Some great bands will be opening the night, and then your boy will close the show!"