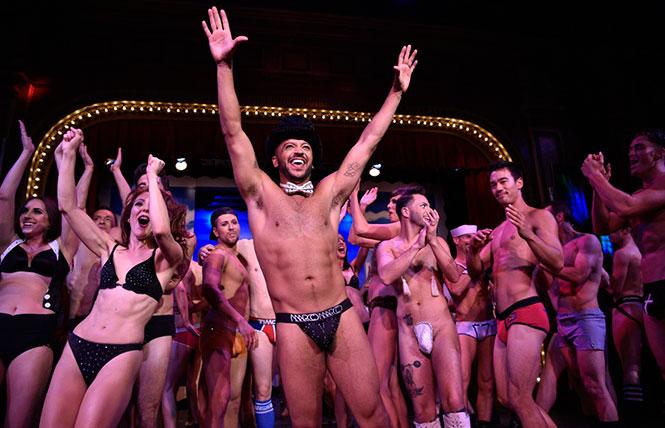 When Deb Leamy blew into town on the winds of a bad breakup four years ago, she brought the seeds of a new San Francisco tradition: Broadway Bares SF. The third annual production will bring an evening of song, swivel and sweat to the DNA Lounge on Sunday, June 17, with guest stars including Jai Rodriguez of the original Queer Eye.

"I wanted to get involved with a project that would help me get rooted in a new city and connect to a community," says the dancer and choreographer who, during her New York years performed in three Broadway shows, including the Tony-winning Fosse.

"I wondered if I could possibly mount a West Coast version," recalls Leamy who called Jerry Mitchell-the Tony-winning director, choreographer and founder of the New York event-to ask for his blessing. 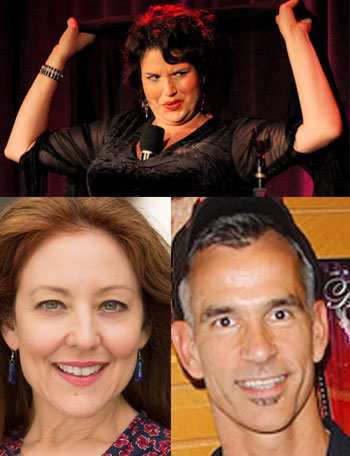 "I thought it was a brilliant idea," says Mitchell, currently represented on Broadway by Kinky Boots and On Your Feet! and preparing for the August opening of Pretty Woman. "San Francisco is such a touring town. So many shows go through that I thought there would be a built-in audience and that some of the performers in town on tour could make appearances."

Mitchell never imagined that Broadway Bares would become a multi-million dollar, bi-coastal endeavor when he produced the original event back in 1992.

"I was dancing in The Will Rogers Follies at the time," he recalls. "I was in my twenties and I had already lost eight of my best friends from college. It wasn't the Broadway dream we'd all had. I wanted to do something to help fight AIDS, but I didn't have money to throw at GMHC. So I put together that first show, with just seven of us dancing at [gay club] Splash."

This year's New York edition will feature over 100 performers in the 2200 capacity Hammerstein Ballroom.

Mitchell pointed Leamy to the Richmond/Ermet Aid Foundation, which signed on as the local co-beneficiary, and Leamy began to cultivate a now-thriving success.

This year's theme-following 2016's digitally stimulated Tech Tails and 2017's literarily lascivious ManuStrip'd-is Top Shelf CockTails, in which the show's stripteases will take place in settings inspired by some of the city's favorite watering holes (Keep an eye out for product placement, and congratulate REAF on a brilliant little marketing angle to defray production costs). Additional performers include Cassandra Cass and vocalist Leanne Borghesi. 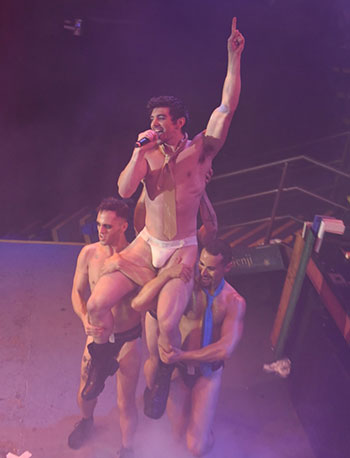 "The show follows a few days in the life of a bartender and his older woman sidekick," explains Leamy. "Sometimes they're bemoaning the loss of San Francisco 'back in the day,' so we're able to include historical as well as contemporary vignettes."

After the 2016 debut of Broadway Bares SF at Club Fugazi in North Beach, demand allowed a move to the larger 250-capacity DNA Lounge, which features two large staircases flanking the stage, which are particularly conducive to razzle dazzle.

"It's taken us a couple of years to train the audience," says Leamy, who confesses she was slightly surprised at San Franciscans' unfamiliarity with Broadway Bares, which is by now a well-known brand among New York's gay and theater communities. "Getting the word out was a bit of a challenge in the beginning."

As cheeky as the title Tech Tails was intended to be, even the first year's poster-featuring a muscle-bootied scooter dude-didn't quite connect with potential patrons.

"Somehow," says Leamy. "People didn't realize that this was a show that featured a lot of flesh and burlesque." In response, posters for this year and last year's events have emphasized the stripping.

That said, Jerry Mitchell points out that Broadway Bares needs to be experienced to be fully understood. "Humor is the number one quality of the shows," he explains. "Burlesque isn't about just taking your clothes off.
You've got to have your tongue firmly in cheek. Also, the performers need to be real dancers, not just strippers."

"The first year," says Leamy, "there were plenty of gogo guys, but we couldn't find a lot of local men who could really dance. This is like a mini-Broadway show. We need a cast that can sing, dance, and act. After two years, there are now so many more people auditioning." 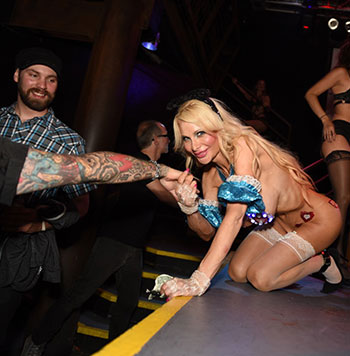 Three years is just enough history to allow for flashbacks, and Leamy is delighted to have Jai Rodriguez, who performed in the first Broadway Bares SF returning for this year's show. Like Leamy and all of the performers, the LA-based Rodriguez is volunteering his time.

"I've been doing REAF benefits for over a decade," says Rodriguez. "I grew up acting and singing and dancing." Rodriguez was on Broadway in Rent and The Producers and performed at Lincoln Center in the acclaimed drama Spinning Into Butter.

"I love live performance, but after Queer Eye for the Straight Guy," Rodriguez explains, "People in the business didn't see me that way. Back then, doing a reality show was actually bad for a performing career. I'm actually the first male from a reality show who's gone on to become a television series regular," he says referring to his role in the 2012-2013 ABC sit-com Malibu Country, on which he co-starred with Lily Tomlin and Reba McIntire. Rodriguez recently guest starred in an episode of the FOX medical drama, The Resident.

Rodriguez says he will never regret his time on Queer Eye though. 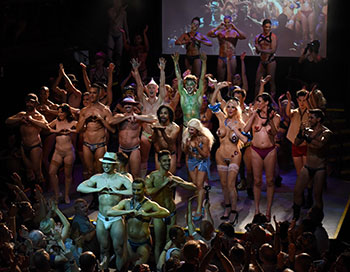 "I was this 24-year-old gay kid who didn't really know most of what the other guys were teaching. They were all in their thirties, and I got so much from them about cooking and dressing and design. I never felt possessive of the brand," he says, noting that he's a fan of the reboot. "What a great time for the show to come back, with the country so divided."

Rodriguez also thinks a bit of fresh attention to Queer Eye may give him an opportunity to re-enter the public imagination on his own terms.

"That really started changing things in my career," he says. "It showcased my skills in a way many people hadn't seen."

"I have a cabaret show that I want to start performing again," he says. "For a while, reality TV was kind of a stain on my career, but now its more common to have people doing a variety of things: hosting a show, singing, acting."

He points to Neil Patrick Harris and Wayne Brady as the sort of well-rounded performers he admires.

Broadway Bares SF will certainly showcase multiple talents. "I'm the emcee and narrator. But I'll also sing. And they've asked me to take my clothes off."
"Jai is such a delight to work with," says Deb Leamy. "He's so lovely, and a great team player."

The Broadway Bares SF team will, alas, be losing its captain after this month's third edition. Leamy has been offered a rare faculty position teaching dance in North Carolina.

"I hope it will continue," she says. "But the quality and integrity needs to remain at a high standard. I wouldn't want to let down Jerry Mitchell."

"Deb has done a great job," Mitchell says, confident that she's built a durable platform that captures the celebratory, generous spirit of the franchise. "She's gotten the ball rolling in San Francisco. I don't see any reason that it shouldn't go on for years."