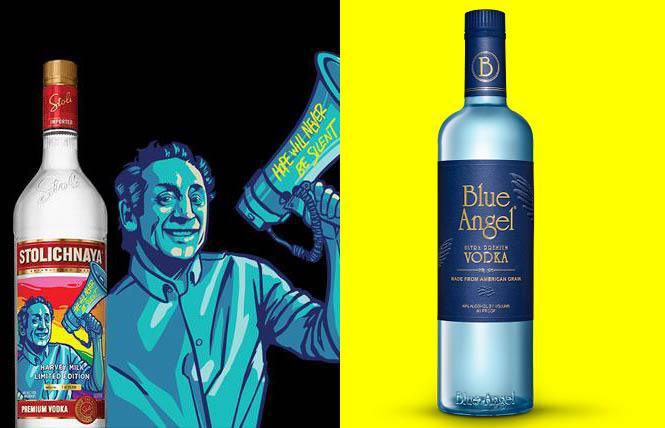 Along with Stoli's release of a Harvey Milk limited edition vodka bottle (see B.A.R. last week's issue), another spirit that's worth noting is the new brand, Blue Angel Vodka, which premieres on June 12.

Distilled and bottled in the San Francisco Bay Area, Blue Angel is an ultra-premium vodka made from all-American corn, distilled six times, and uses reverse osmosis and deionization to ensure that it's pure and clean tasting.
The brand is the idea of philanthropist Maurice Kanbar, who's focusing on local LGBT nonprofits as part of his new campaign.

The company's sponsorships include the Frameline film 50 Years of Fabulous, about the history of the SF Imperial Council. Enjoy Blue Angel Vodka drinks at a fundraiser on June 13 6pm-9pm at Beaux (2344 Market St.). The film screens at Frameline Film festival on Sunday, June 17 at 11 AM.