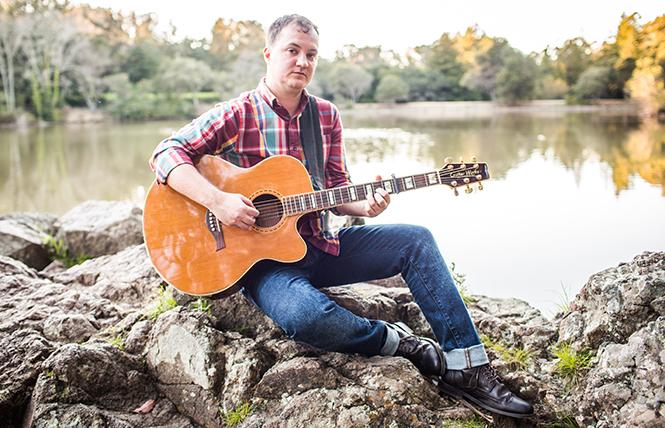 Lavender Country, a gay country western band which formed during the 1970s, comes to the Bay Area on May 18 when they join trans country performer Eli Conley for Queer Country West Coast at El Rio. Paisley Fields, a gay pop country act from Brooklyn, will also be part of the evening. The Paisley Fields is celebrating the release of their new CD, Glitter and Sawdust.

Conley, who organized Queer Country West Coast, is one of the most visible transgender people in country music. He's been quite busy in recent months.

"I just got back from performing and presenting at the Trans Voices Festival put on by One Voice LGBTQ Chorus in Saint Paul, Minnesota," he said. "This was a gathering of transgender and non-binary singers, voice teachers, choral directors and allies to build community, share resources, and of course, sing together over the course of two days."

In addition to performing, Conley is also a voice teacher. 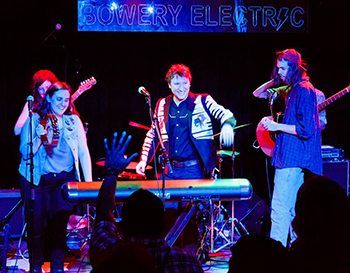 "To get to connect with other trans and non-binary voice teachers and choral conductors and hear so many amazing singers over a short period of time was incredibly meaningful for me," he said. "Even in the Bay Area, it can sometimes feel isolating to be one of the only out trans people in the professional voice world. The festival was actually cut short by a huge blizzard - in the middle of April! Even so, we had a wonderful time, and I'm so thankful for the experience."

Conley explained why hosting Queer Country West Coast means so much to him.

"I created Queer Country West Coast because I played at Queer Country Monthly, a regular show hosted by Karen Pittelman of Karen and the Sorrows in New York," he tells us. "Her mission is to create community and visibility for LGBTQ artists in country music, and I wanted to bring some of that to the Bay Area. Karen was kind enough to let me start a sister show in San Francisco, and that's how Queer Country West Coast was born." 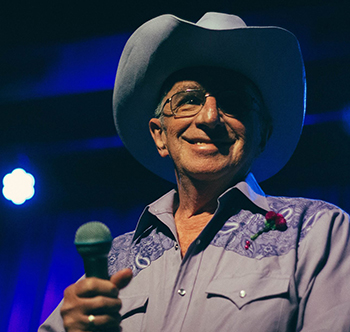 Country music, Conley assures us, is not just for Republicans.

"There's always been a long history of resistance to the right in country music," he said. "When Loretta Lynn wrote 'The Pill' about using birth control to take agency over her life, it caused an uproar, but she didn't back down."
Following Lynn's example, LGBTQ country musicians are refusing to stand backstage.

"Karen says that if we let the Republicans have the pedal steel, they win," Conley said. "It's a joke, but it's also true. Just because the right has claimed ownership over country music doesn't mean we should cede it. Country music can absolutely be music for liberation, and queer country music is one great way to do that."

Lavender lyrical liberation
Lavender Country is the evening's headliner. They personify the concept of bringing the principles of liberation to country music. The band has been openly gay since the day Patrick Haggerty founded it more than forty years ago.

"Lavender Country was a community effort for sure," says Haggerty. "By us, from us, for us; the Stonewall Rebellion crowd. Seattle's out of the closet LGBTQ folks were on the move, doing all manner of bold, creative projects in 1973. Lavender Country was one of them. The community raised the money for the studio, promoted and distributed the bootleg album through a post office box and came to our shows."

It was a courageous if difficult move to make at the time.

"We knew gay country was absurd for mass distribution, and that was our saving grace," said Haggerty. "It allowed us to pour our hurt and angry hearts out without compromise to any agent, label, or music executive. They weren't going to bite on gay country no matter what we said. The door was slammed shut for years for gay country, but we didn't care. We were pissed off, so we made our statement."

Conley credits Lavender Country for opening doors for himself and many other of today's performers.

"I think that my show and Queer Country Quarterly in New York probably would not exist if not for Lavender Country," he said. "Even though I didn't know about them when I first started this series up, I know that it was their boldness, their refusal to accept the lie that country music and queer sexuality and politics couldn't co-exist that created the space in the world for us to do this today."

Lavender Country aren't the only voices to inspire Conley.

"I was doing an interview with Eric Jansen of Out in the Bay on KALW," he recalled. "He told me about Mark Weigle, a folk/country artist from the Bay Area who was making records in the 1990s and early 2000s with songs like 'The Two Cowboy Waltz.' I went home and ordered that CD right away. Queer country has a history. It's just not one that it's easy to find. You have to do some digging, but it's there. I consider what I'm doing not to be something new, but to be one link in a long chain."