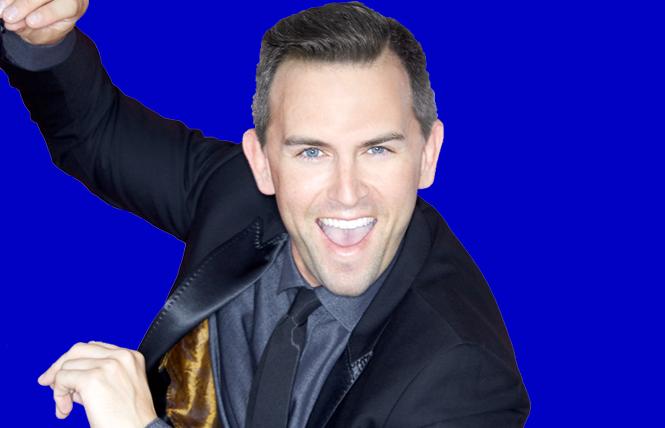 "I'm a Burner," says Daniel Reichard, regretting that he couldn't make it to Black Rock City this week.

In what's likely to be a classic, only-in-San Francisco juxtaposition, Reichard expects a passel of playa-goers to convene in the significantly more straight-laced climes of Feinstein's at the Nikko not long after the burn. He sings there next Thursday, September 6, performing a show he's dubbed Summer Playlist.

"Honestly, when I was originally planning this show, it was going to be called Burning Man Playlist," says Reichard. "I have dozens of friends in the Bay Area who I met there. But the title was a little too specific-I'm also doing this show in New York."

It's possible that referring to the desert bacchanal would put off some of Reichard's New York fan base. After all, he became a star in what is pretty much the antithesis of Burning Man: Jersey Boys.

After ten years of regional theater, opera and Off-Broadway jobs it was the Cleveland native's first ever Broadway gig. 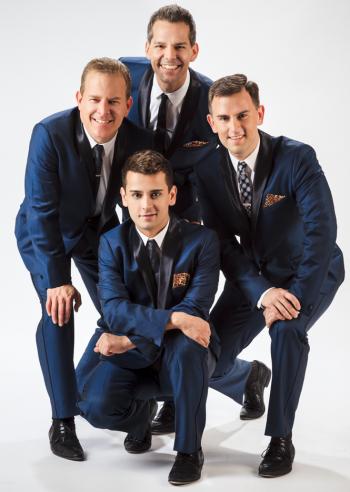 "It was a life-changing experience," Reichard says of the career boost and lessons in discipline he gained in the show's original cast, playing Bob Gaudio, one of the Four Seasons.

But having played over 1000 performances in the role, Reichard openly acknowledges what many actors in long running shows are loathe to admit publicly: "I got bored."

While the financial stability of being in a hit is in some ways a working actor's dream, the routine of eight weekly performances in a precision-tooled vehicle can be wearing on the artistic soul.

Ultimately, though, the show set the stage for Reichard's next act. Rather than quickly returning to the New York boards, he and three other Jersey Boys stars created their own concert act.

As The Midtown Men, the former cast-mates perform hits of the 1960s in one-night stands at theaters and orchestra halls around the country (They'll sing with the San Francisco Symphony at Davies Hall in December).

Reichard and his colleagues are far more empowered than Broadway performers, having the final say on everything, from work schedules to repertoire to finances.

"I have a beautiful business," says Reichard. "And I love the creative control."

That opportunity for creativity extends to Reichard's solo show.

"Building a concert or nightclub act really gives me a chance to reflect and choose songs that I connect to. I pride myself in singing from many different genres."
At Feinstein's, Reichard promises a wildly eclectic, Burner-worthy set list. 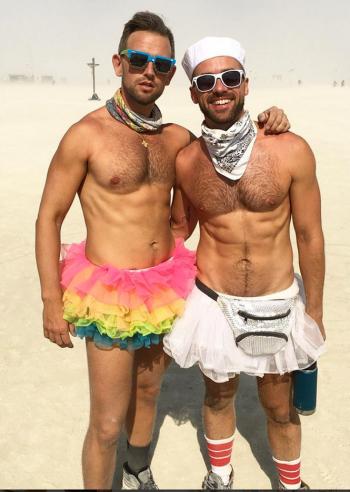 "Every song is different than the one before. The mood changes every three to five minutes. I'll do some Talking Heads, B-52s, Lady Gaga. The oldest song is by Rodgers and Hammerstein and the newest is Sufjan Stevens' 'Mystery of Love,' which was in Call Me By Your Name."

After eight years away from acting, Reichard says that, "Next year, I'm dipping my foot back in the theater pond. I do miss it. But it's about finding the right project. I have a more narrow desire.

"The main thing is finding a new show. I don't enjoy the process of being put into a role that someone else has been playing, And if you step into something that's already a hit, you've put yourself out of the running for a lot of jobs that might come along."

Thinking back on one of his earliest New York jobs, playing the lead in Radiant Baby -an unsuccessful musical biography of Keith Haring- Reichard says he'd like to originate the role of "an artist, a political figure, someone who made personal sacrifices to achieve something for the wider world."

But he's willing to wait, rather than making his own unnecessary sacrifices just to be back on Broadway.

"I'm not a theater junkie like I was when I was younger. When you first move to New York, you're so green and passionate about theater..."

Reichard takes a long pause, then continues in fully self-realized Black Rock-ese.
"I guess I've wanted to make sure I enjoy the full course meal of being alive."